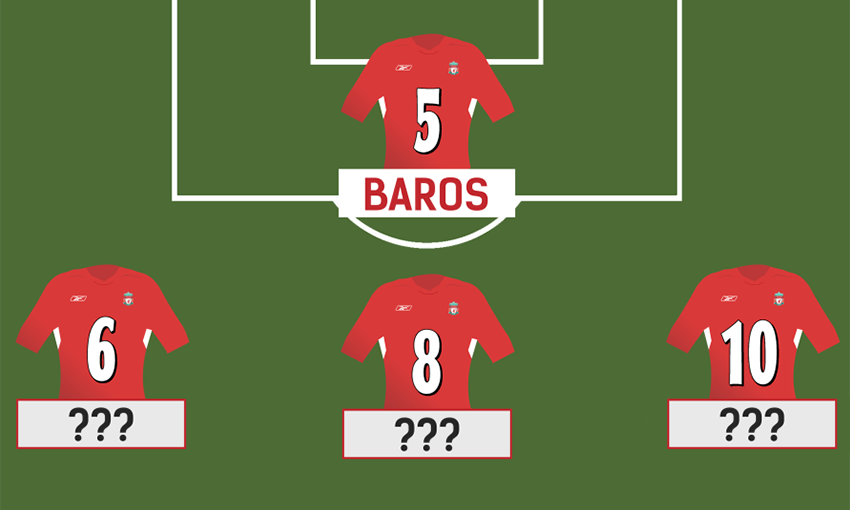 Liverpool faced Jose Mourinho's Blues in an all-English semi-final tie, which was settled by the boot of Luis Garcia as the Spaniard scored perhaps his most famous goal for the club.

But who else started that Champions League semi-final at Anfield? Can you fill in the Missing Men? 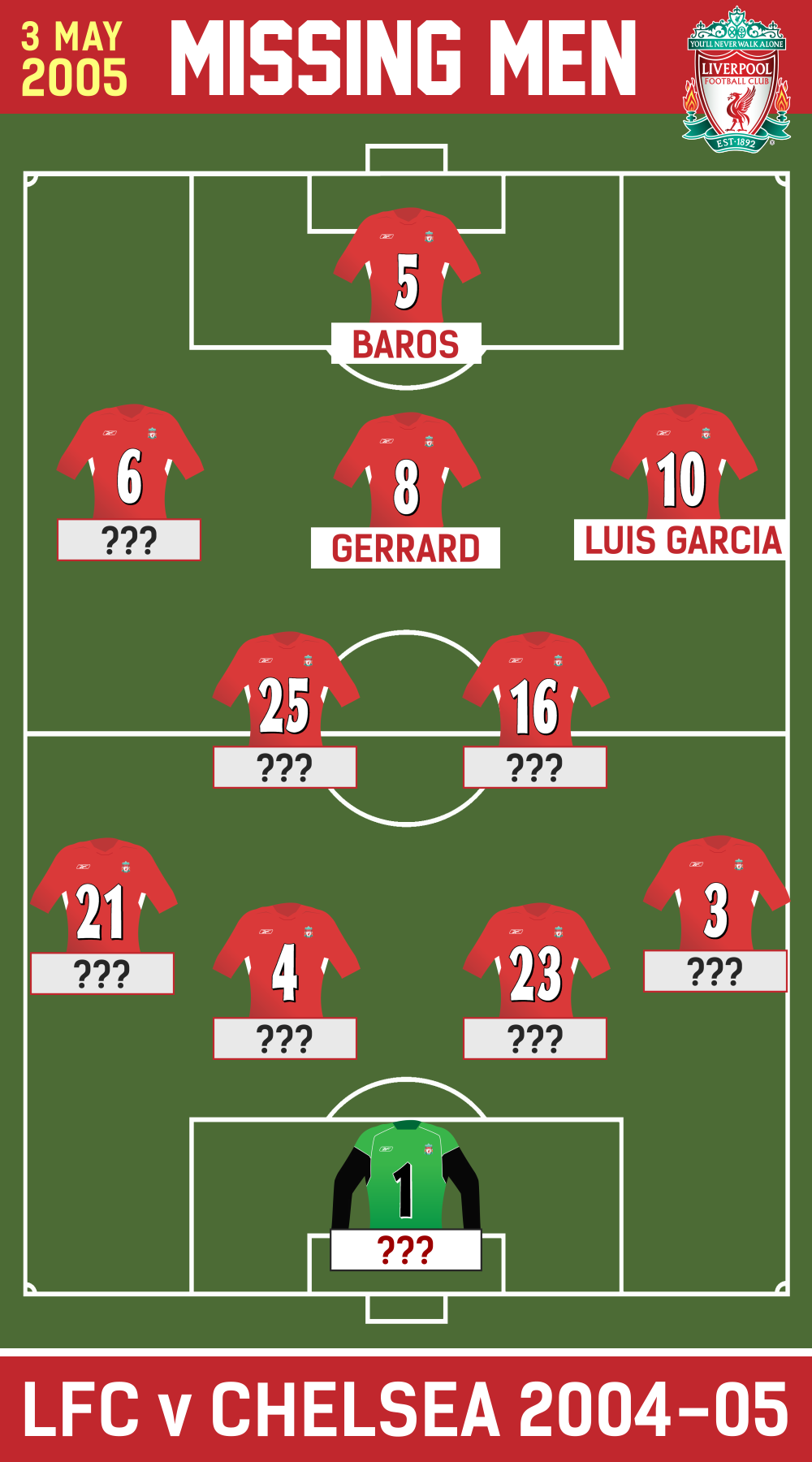