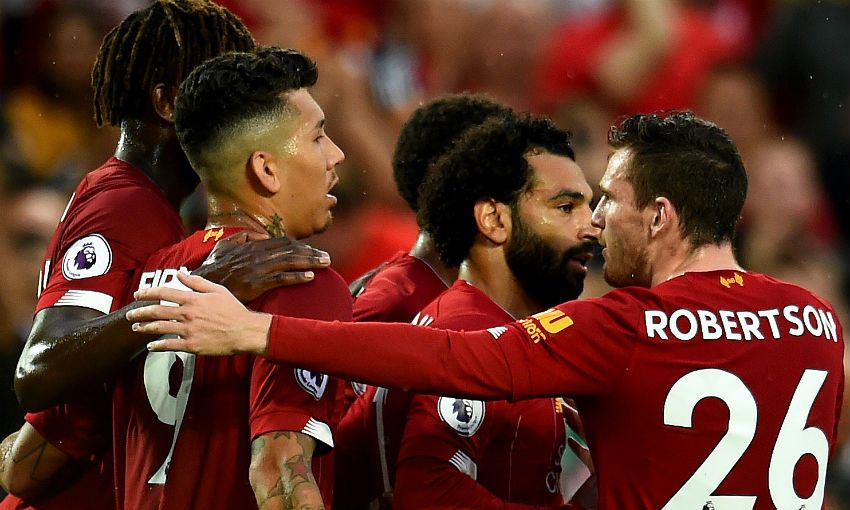 Liverpool made a winning start to the 2019-20 Premier League season with a 4-1 victory over Norwich City at Anfield on Friday night.

Grant Hanley turned a Divock Origi cross into his net for the opening goal before Mohamed Salah made it 2-0.

Virgil van Dijk headed goal number three from a Salah corner before Origi met a superb Trent Alexander-Arnold cross to head home for 4-0 before half-time. Teemu Pukki replied with a consolation for the Canaries.

Here is the what the press made of the Reds' display…

After they clocked up a combined 23 Premier League assists last season, it was said that teams might look to do all they can to shut down Trent Alexander-Arnold and Andy Robertson this year. But, if that is to be the approach Liverpool’s opponents are set to take, Norwich did not make a particularly good start here. Alexander-Arnold set up his first goal of the season in laying on Origi’s header, while Robertson was a constant menace down the left flank with his powerful running.

The European champions are home - and on this evidence, it's going to be another memorable ride. Liverpool sailed to the top of the Premier League table with an emphatic opening night performance that has already laid down a marker to their title rivals. The East Anglians are used to having Luis Suarez routinely terrorise them on Anfield visits, but it was the whole Liverpool team who put the fear into them this time as top-flight football returned to Merseyside with a bang. Here, Liverpool displayed a lot of what made them such a feared attacking outfit en route to their 97 points last term, fizzing with menacing intent from very early on. It took less than 10 seconds for the Kop to give the 'champions of Europe' anthem its first outing since 2005 and the players responded immediately. Straight to top of charts the Reds go, and they will take some shifting, already. Strap yourselves in, Liverpool have gone again.

There are few things certain in life, and fewer still in football. But on the opening night of the new Premier League campaign, Jürgen Klopp’s side showed they are ready for another full-throttle season. All the old favourites were on show as newly-promoted Norwich were beaten here. There was a goal for Mohamed Salah and a Virgil van Dijk header. There was an assist for Alexander-Arnold, finished by Origi. Roberto Firmino buzzed, Robertson ran and Klopp – eventually – could smile at a job well done. His team had their flaws, but they got what they wanted. Salah, who looked sharp and eager throughout, grabbed his first of the campaign, finishing in trademark style from Firmino’s pass. The Golden Boot winner in each of the last two seasons, the Egyptian is back on the goal trail once again.

The view from Norwich: 'City will not have an inferiority complex'