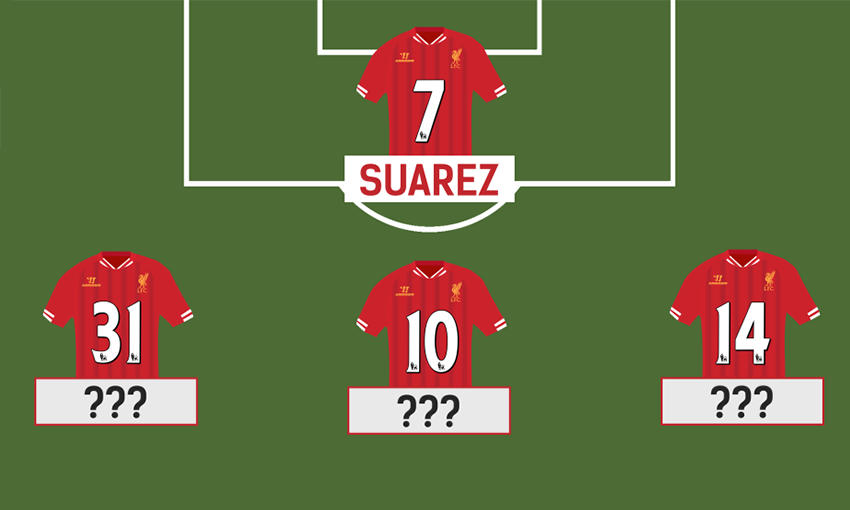 Luis Suarez helped himself to a memorable four-goal haul as Liverpool beat Norwich City 5-1 at Anfield in 2013, but can you recall the rest of the Reds starting XI from that December evening?

The LFC No.7 opened the scoring with a sensational 40-yard lob, added a reaction finish, a thunderous half-volley and a pinpoint free-kick before turning provider to set up Raheem Sterling for the fifth.

It was a virtuoso performance from the Uruguayan striker, but who else featured in the Premier League victory? Can you fill in the Missing Men? 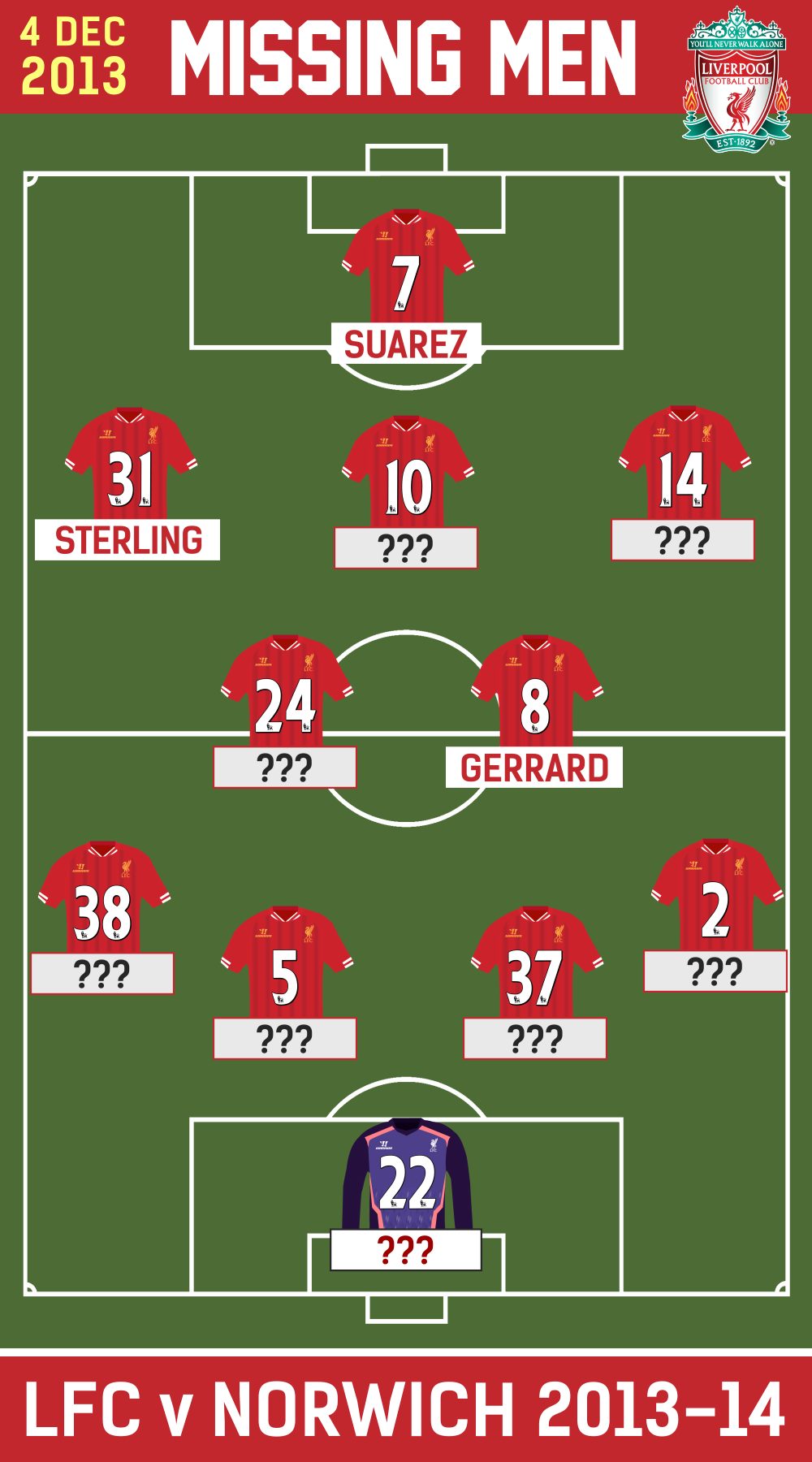