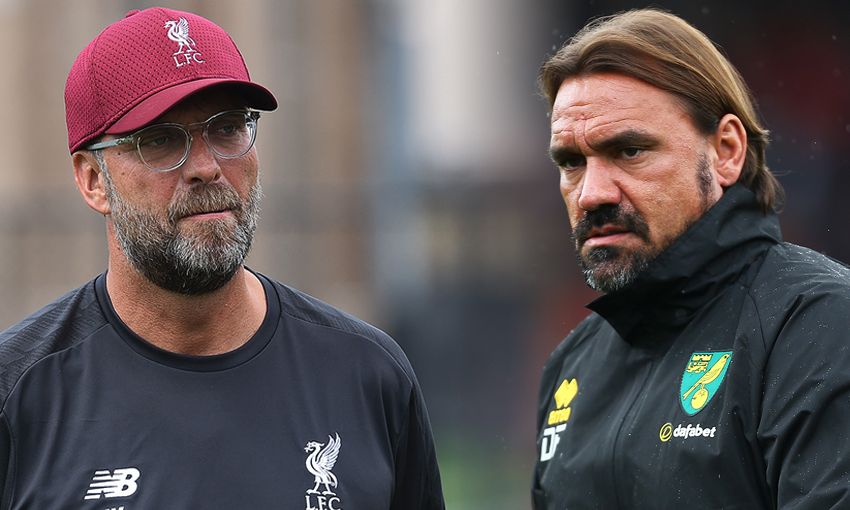 Liverpool kick off the 2019-20 Premier League season with a Friday night curtain-raiser against newly-promoted Norwich City at Anfield.

The Canaries secured their return to the top flight - after a three-year absence - as free-scoring winners of the Championship last term.

Daniel Farke's side netted 93 goals as they claimed the title with an impressive 94-point tally and will head into the campaign opener at Anfield in positive mood.

European champions Liverpool, however, have been prolific in recent meetings with the East Anglian club - scoring five goals in four of the last six clashes - and are undefeated in the fixture since 1994.

So, what can we expect from Friday's encounter with the Canaries? We caught up with Paddy Davitt (@paddyjdavitt), Norwich City editor, Eastern Daily Press, to get the lowdown... 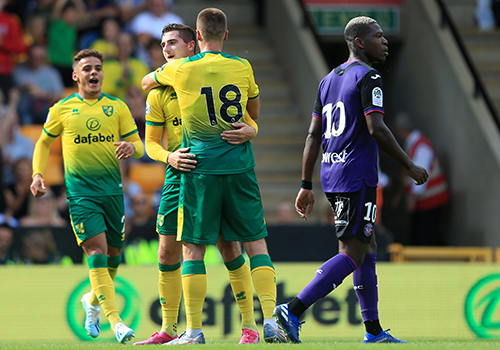 How have Norwich's pre-season preparations gone?

Farke places a huge emphasis on the fitness side of pre-season as opposed to what he can get out of the actual friendlies themselves. Most of the tactical and technical work happens on the training pitches. For the majority of the club's friendlies, City's squad trained on the morning of the games.

Wins over Bundesliga club Schalke 04, Championship club Luton Town and Ligue One Toulouse in their final friendly last weekend were the best performances. A 4-1 home defeat to Champions League qualifiers Atalanta the biggest loss, although they were 1-0 up until a second-half collapse.

Farke again stressed after the Atalanta game that the volume of substitutes and the desire to get minutes into some of his fringe players, he was not troubled by some of the issues around cheap turnovers that led to the Italians' goals.

Has the summer transfer business significantly strengthened the squad?

Norwich have made five signings this summer, three loan arrivals - goalkeeper Ralf Fahrmann from Schalke 04, midfielder Ibrahim Amadou from Sevilla and attacker Patrick Roberts from Manchester City - a free transfer, in striker Josip Drmic, and spent £750,000 on Sam Byram from West Ham. That underlines the point Norwich City operate a self-funded model. The club's sporting director, Stuart Webber, has publicly stated they will have the smallest budget in the Premier League.

But a surprise Championship title win was founded on astute recruitment in untapped markets, notably Germany given Farke and Webber's background, plus a real commitment to developing young talent. To continue that theme the main plank of their summer transfer strategy was to retain their brightest young talent and reward the majority of the squad who got them up with new, improved contracts.

Of the five who have come in, however, Manchester City loanee Roberts has looked a useful addition in the final third.

What are your expectations for the season?

Again, there is plenty of realism inside the club and the messaging has been very consistent in terms of what the majority of the fan base expects.

Norwich aim to stick with the approach that got them out of the Championship while acknowledging they face some of the biggest clubs and the best players in the world. A season of survival would constitute success but they will not set any arbitrary target, in terms of league position.

When Farke signed a new, longer term deal towards the end of last season he said his overall objective was to establish Norwich among the top 25 clubs in the country. Implicit in that is they may have to gravitate between the top two divisions for a period until they have the foundations in place for a sustained spell in the Premier League. 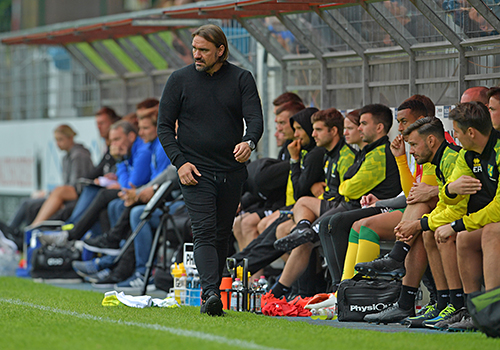 Tell us about the style of play the manager has implemented at the club...

Farke believes very firmly in possession-based football with technically comfortable midfielders, a 'keeper who can build the play from the back and a mobile lone frontman, who can operate with ease outside the penalty area.

When he first arrived in England we saw his pragmatic streak after some early defeats forced him to add more defensive ballast in midfield. The signing of Amadou from Sevilla is in that same mould but expect City to again look to get their fair share of possession and territory and attack sides.

Will last season's top scorer Teemu Pukki be able to maintain such form in the Premier League?

Good question. He is certainly coming into this campaign off the back of a career high. To think he arrived at Norwich on a free transfer and scored 30 goals in his debut season underlines how astute City's recruitment has been in the last few windows.

In terms of his age and profile he should now be in his prime and has some big clubs on his CV if you look at Sevilla, Celtic and Schalke 04. He would be the first to say it has not been all plain sailing in his career but within this Norwich team he seems to have found the perfect set-up.

He revealed recently Liverpool was the perfect Premier League opener for him as both his dad and his uncle are Reds and hailing from Finland he knows all about the connection with Jari Litmanen and Sami Hyypia.

Which other player should we look out for at Anfield?

Emi Buendia. An attacking midfielder comfortable cutting in from wide or operating in the No.10 role. Argentine by birth, he spent his formative footballing years at Real Madrid but after being released City eventually plucked him from a loan stint at a club heading towards the Spanish third tier two seasons ago.

Built in the Sergio Aguero mould, in terms of physique, he makes Norwich tick going forward. Clever, cunning operator who can find pockets of space between midfield and the defence.

Norwich haven't had too much success against the Reds in recent years, what can make the difference this time?

No Luis Suarez. Former Norwich 'keeper John Ruddy joked when he left Liverpool he deserved a cut of the transfer fee for the amount of goals the Uruguayan had plundered against Norwich. Going back to that healthy realism around the club at present, they know the scale of this challenge against the champions of Europe.

However, there is a feeling perhaps the first night of the season is a good chance to catch Liverpool when they are not quite up to full speed. Plus, City have all that momentum and confidence from winning the title and there will be no inferiority complex or trepidation.

Going to a special place like Anfield is what all the toil and the scrapping was about to get out of the Championship.

How will Norwich line up at Anfield? 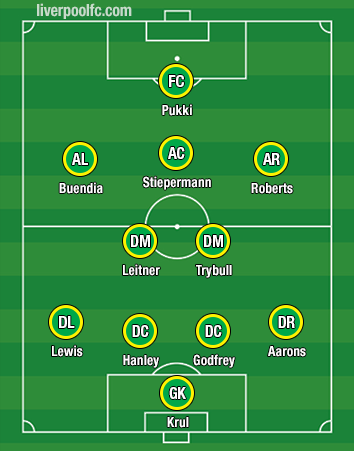 Where do you see the match being won and lost?

Norwich scored 90-plus goals in the league last season but defensively they conceded plenty as well. Liverpool will expect to carve out the majority of chances on the night, so the City backline have to have a game to remember.

If Farke opts for Tom Trybull and Moritz Leitner in front of the back four, neither of those two players are what you would label 'holding' midfielders. Their first thought is to get on the ball and try to get Norwich through the thirds.

With the pace Liverpool have going forward and in full-back areas, if Norwich get outnumbered in that area of the pitch then the City defence is going to be left very vulnerable. At the other end, they also know this season the economy and conversion rate have to be much better. They will get fewer chances, so need to be clinical.

Liverpool 3-1 Norwich City. The Canaries know their Premier League fate will not hinge on playing the clubs at the top end. But an encouraging performance with plenty of positives would give them something to build on.