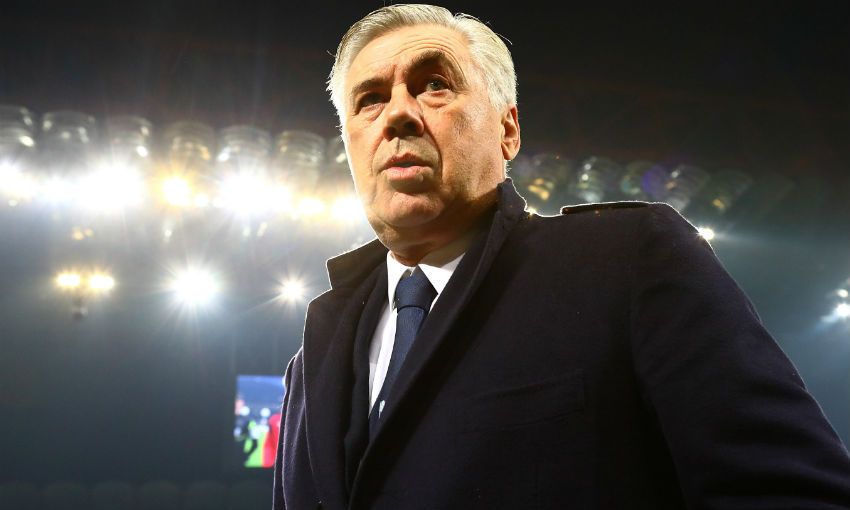 Liverpool’s penultimate friendly of the summer pits them against familiar foes Napoli in Edinburgh on Sunday.

From duelling with Juventus in Serie A to delving into the transfer market, here’s what the Italians have been up to since we saw them last for that crucial Champions League group-stage finale at Anfield in December…

The Napoli that arrives at Murrayfield on Sunday for their fourth meeting with Liverpool inside a year can perhaps best be summed up as a serene and stable outfit.

During a summer when rivals Juve, AS Roma and both Milan clubs have all changed coach, Napoli have continued to judiciously construct a powerbase under the cool, calm gaze of Carlo Ancelotti, 12 months into the ninth appointment of a managerial career spanning almost a quarter of a century.

Like Liverpool, Napoli’s primary domestic aim this season is to turn second into first, having finished as Serie A runners-up three times in the last four years.

Frustrating as it has been to try and overtake the juggernaut that is eight-in-a-row champions Juve, Gli Azzurri can take pride in having established themselves as the clear secondary force in Italy, just 13 years removed from six seasons of exile in the second and third tiers.

“We’re already building on last season’s foundations and will try to add something new,” Ancelotti remarked after Wednesday’s 3-3 draw with Cremonese at the club’s training retreat in the Dolomite mountains of northern Italy.

“The focus on possession remains, we’re just trying to play a bit further up the field, which means running a few more risks.”

Summer signings Giovanni Di Lorenzo, Elif Elmas and Kostas Manolas all featured in that game and are likely to play a part in Edinburgh too.

The capture of Greece international Manolas from AS Roma is a particularly notable one, and the partnership he is expected to form with Sadio Mane’s Senegal teammate Kalidou Koulibaly when the latter returns from the Africa Cup of Nations will have a serious claim to being one of Europe’s best central-defensive pairings on paper.

And the club’s transfer activity appears far from over, with president Aurelio De Laurentiis warning fans to “prepare for an incandescent August”.

“We want to end Juventus' spell of dominance,” said Manolas, who netted a dramatic winner against Barcelona in the Champions League quarter-finals in 2018 before playing all 180 minutes of Roma’s 7-6 aggregate defeat to Liverpool in the semis.

“If I've decided to come here it's because I really believe that we're close to the Bianconeri.”

Intriguingly, Gianluca Gaetano is also among those that could feature, the 19-year-old midfielder who scored a controversial late leveller for Napoli U19s against their Liverpool counterparts in last season’s UEFA Youth League.

Beyond that, Ancelotti’s squad will have a very familiar look for those that remember the 1-0 wins the two clubs traded in the Champions League group stage last term, or indeed the 5-0 Liverpool pre-season rout that took place in another Celtic capital - Dublin - almost exactly one year ago.

Lorenzo Insigne, Dries Mertens and Jose Callejon have scored over 250 Napoli goals between them during their time at the club and the three little forwards are still doing their thing, but the emergence of winger Amin Younes and striker Arkadiusz Milik - who bagged 20 in all competitions last season - means the onus on them isn’t quite heavy as it once was.

A subtle generational shift has also seen ‘senators’ such as Raul Albiol, Marek Hamsik and former Red Pepe Reina depart and make room for younger alternatives over the last year. First-choice goalkeeper Alex Meret is just 22 and the midfield is now led by highly-rated 23-year-old Fabian Ruiz, fresh from being named Player of the Tournament as part of Spain’s winning team at this summer’s U21 Euros.

Jürgen Klopp and his staff have spoken about last season’s clashes with Napoli as key points in the story of the campaign; the win at Anfield because it was a do-or-die moment that paved the way for Liverpool’s eventual triumph in the Champions League final, the loss at Stadio San Paolo because it represented “the example for the whole season [of] how we shouldn’t do it”.

And Ancelotti, too, perceives those games as having tipped the scales for his side, albeit in a less positive sense. The Vesuviani would go on to finish 10 points clear of third-placed Atalanta in Serie A but be eliminated at the quarter-final stage of the Europa League and Coppa Italia by Arsenal and AC Milan respectively.

“The team went really well up until December and if we hadn’t run into Liverpool in our group, we would’ve comfortably qualified for the round of 16,” reflected the former Milan tactician, who has faced the Reds 10 times with four different clubs as a manager.

“After the winter break, some lost their intensity and we only just rediscovered it in the final push. This was a transitional first season. We drew back the arrow - now we are ready to strike.”

Join us to watch the Reds take on Napoli and then Lyon on Wednesday on LFCTV and LFCTV GO.

The complete guide to Liverpool's 2019 pre-season