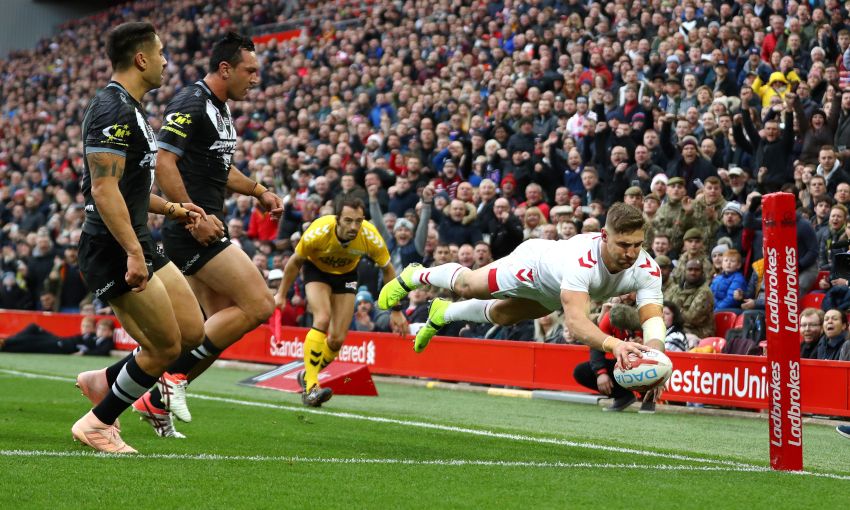 With Super League's Magic Weekend set to take place at Anfield this Saturday and Sunday, we've picked out nine interesting things you should know about the competition and the sport…

2. St Helens’ Tommy Makinson scored a hat-trick for England in their recent international test series win against New Zealand at Anfield. Days later, he was awarded the 2018 Golden Boot, the award for the best international player of the year.

There aren't many better people to show you around Anfield than Robbie Fowler 🙌🏟️ @WarringtonRLFC's @ratch06 gets… https://t.co/KbxyzSWFT4

3. Rugby league was formed in 1895; northern working-class players couldn’t afford the costs of rugby union so started their own league at a meeting at the George Hotel in Huddersfield.

4. Former Everton CEO Robert Elstone is Super League’s CEO, leading the charge for the league to break the mould and get the sport outside of its ‘bubble’. With Elstone in charge, there have been new rules, a new Man of Steel voting system, and a new Super League record round attendance.

6. St Helens played at Anfield in 1997 and 1998 and won both games, which were played against Castleford Tigers and Warrington Wolves. In 1991, Wigan played Penrith in the World Club Challenge, and two years previously Wigan played Widnes in the Charity Shield.

7. Shot clocks were introduced at the beginning of the season to speed up play and interchanges were reduced to eight from 10. The rules have made Super League faster, increased intensity and added even more drama.

9. There is also a side from the capital city involved in Super League. London Broncos were promoted from the Betfred Championship in the Million Pound Game after they beat Toronto Wolfpack.

How Anfield got ready for VAR