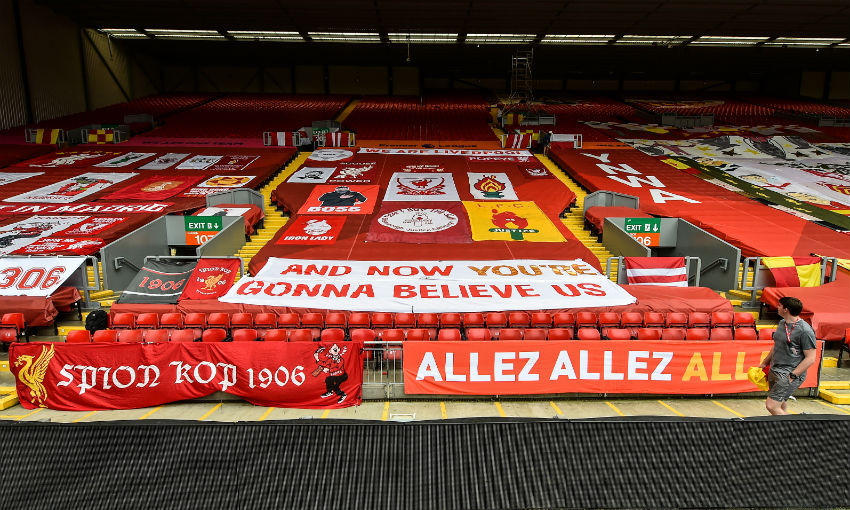 Anfield will look resplendent for Wednesday's game against Crystal Palace thanks to the efforts of Liverpool supporters.

The Reds' first home Premier League fixture since March is to take place behind closed doors - but the Kop will still retain part of its iconic matchday appearance.

Spion Kop 1906 and Peter Carney led a project that means Jürgen Klopp and his players will be greeted by the familiar sight of a sea of colourful banners at one end of their home ground.

Watch how Anfield was prepared for behind-closed-doors football below...

Incredible. Unique. Scouse. Thanks to @SpionKop1906, @soccrinthecity and everyone who has helped 🙌 Tonight, the… https://t.co/S2iukMWyku