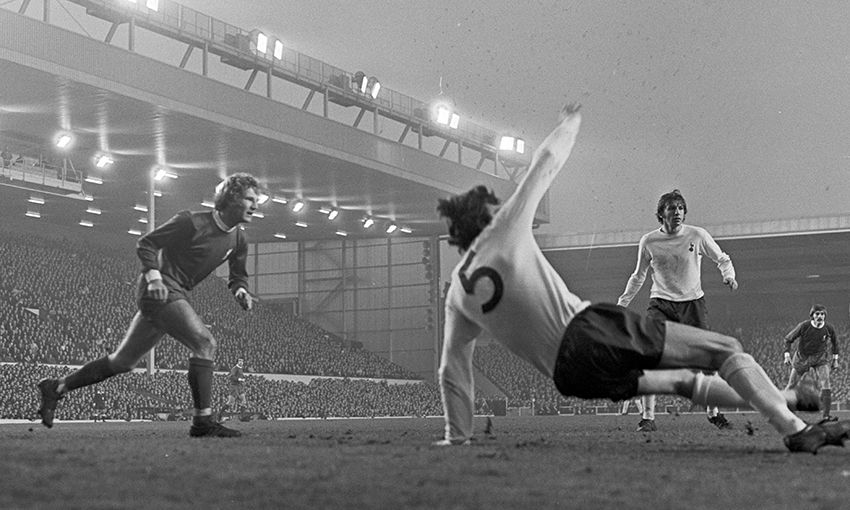 Liverpool have faced Tottenham Hotspur in Europe once before; Bill Shankly's Reds triumphed in a two-legged UEFA Cup semi-final back in 1973 and went on to claim the first of the club's 11 European trophies.

Alec Lindsay's early goal at Anfield gave Liverpool a 1-0 win in the first leg and provided the foundation for overall victory, but how many of the starting XI from that epochal April evening can you recall?

The Reds headed into the all-English tie having been knocked out in the second round of the UEFA Cup Winners' Cup a season prior and were eager to establish themselves as continental contenders by reaching their second European final in nine seasons. 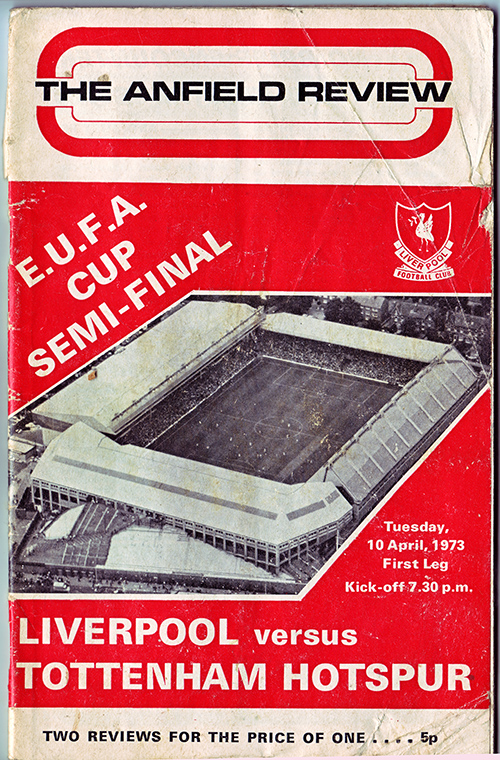 Tottenham were the defending champions, having won the inaugural UEFA Cup in 1972, but Shankly's side made the perfect start on Merseyside.

Full-back Lindsay, who would also go on to win the European Cup in 1977 during his 248-game LFC career, smashed home in the 17th minute after Tommy Smith's thunderous free-kick had been blocked.

The Reds laid siege to the Tottenham goal as Steve Heighway saw his low shot saved at the foot of the post by Pat Jennings and Liverpool's superstar No.7 that day saw two efforts blocked in the goalmouth.

The home side had a penalty appeal waved away after the break and winger Heighway blazed over the bar in final few minutes, but that second goal proved elusive. 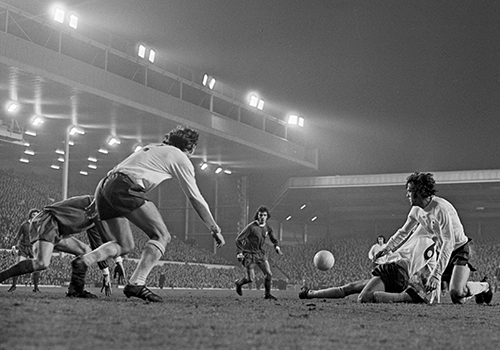 Heighway did find the target with a crucial strike in the return leg at White Hart Lane as Liverpool drew 2-2 on aggregate and went through on away goals.

In the final, Liverpool beat Borussia Monchengladbach 3-2 to complete a UEFA Cup and league championship double.

Lindsay's opener at Anfield made the difference in the first leg, but which other LFC greats made up the first XI? Can you fill in the Missing Men below? 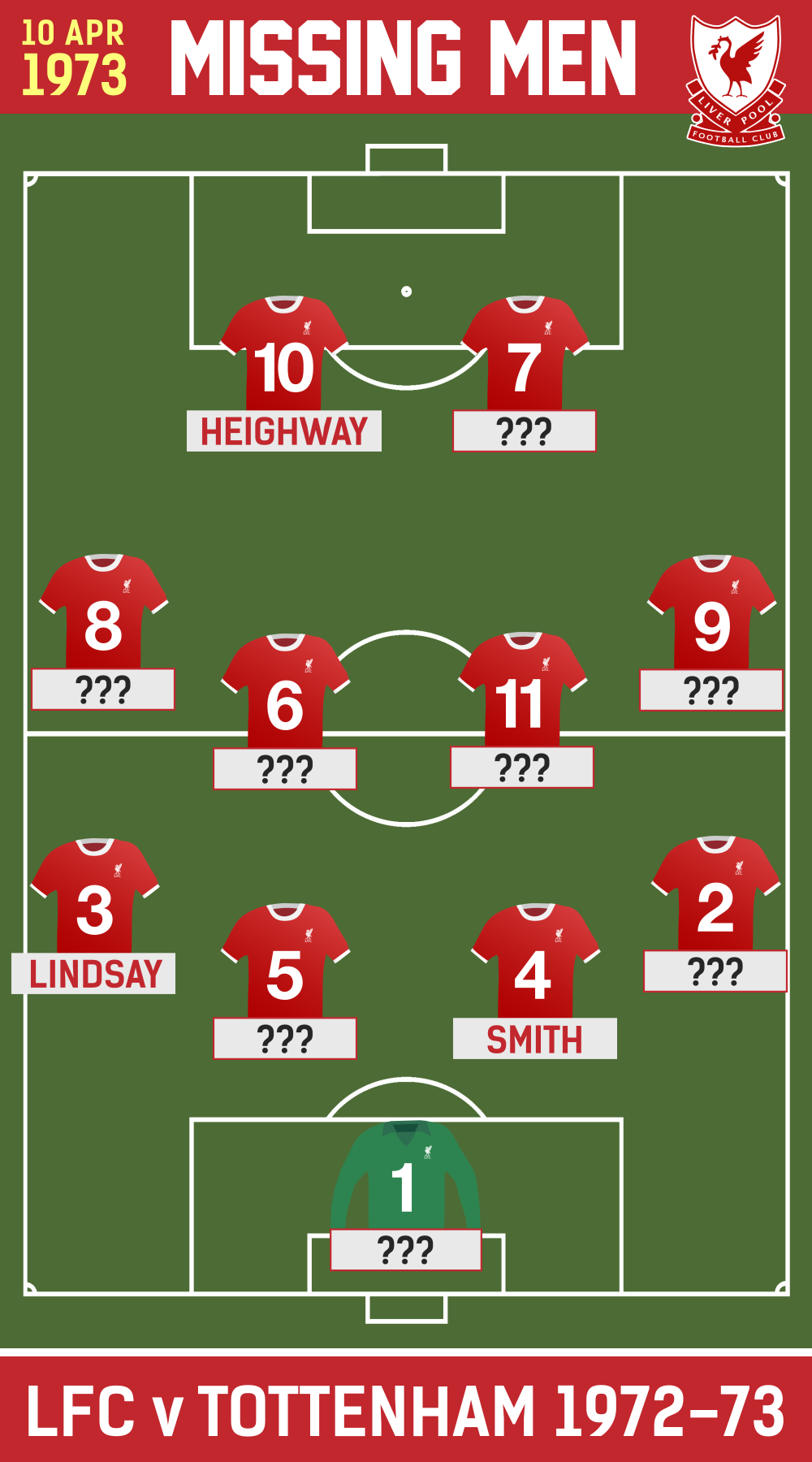