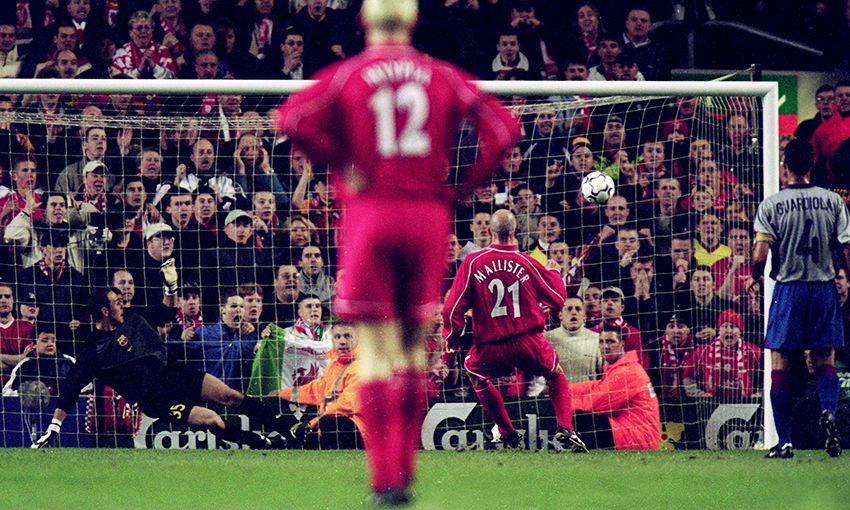 Gary McAllister's penalty gave Liverpool a 1-0 win over Barcelona and booked a place in the UEFA Cup final when the two sides met at Anfield in 2001, but can you remember the rest of the starting XI from that April evening?

Gerard Houllier's Reds had drawn 0-0 in the semi-final first leg at Camp Nou and headed into the return match having beaten Everton 3-2 with a last-gasp winner in the Merseyside derby a few days earlier.

McAllister stunned Goodison Park with a 40-yard stoppage-time free-kick that day and it was the veteran Scot who stepped up to slot home from the spot on the stroke of half-time against Barcelona after Patrick Kluivert had handled the ball. 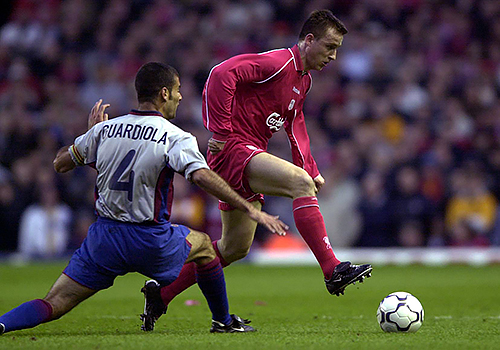 Vladimir Smicer had a good chance to open the scoring a little earlier but directed his header straight at 18-year-old goalkeeper Pepe Reina, who would be signed by Liverpool a few years down the line.

Luis Enrique had a goal chalked off for offside as Barcelona pushed for an equaliser after the break, but a rear-guard superbly marshalled by Sami Hyypia held firm through a thrilling second half as the Reds advanced to their first European final for 16 years and remained on course for the treble.

McAllister's cool penalty made the difference on the night, but who else made up the first XI? Can you fill in the Missing Men below? 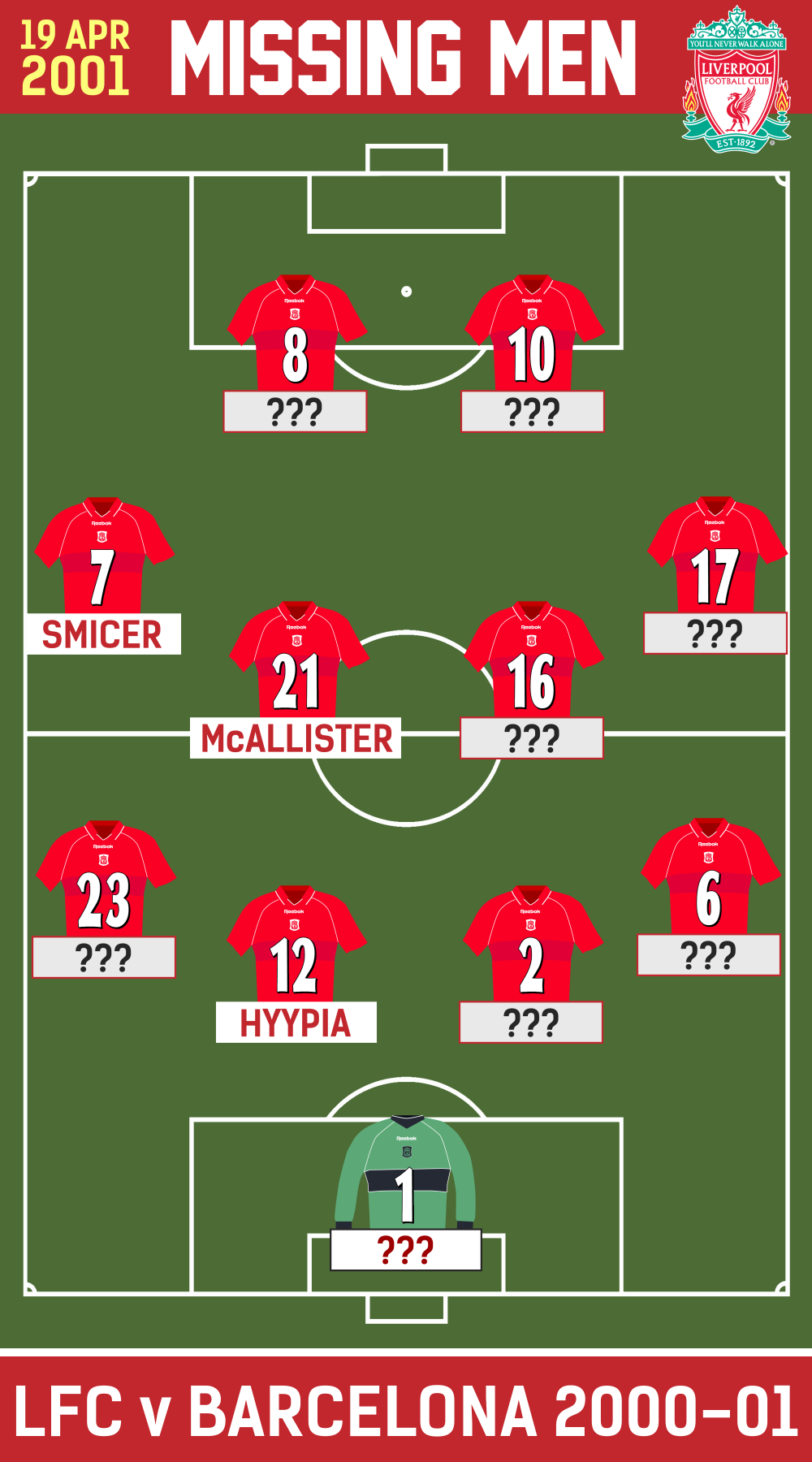 'Like being the best man at a wedding': Des Kelly on reporting on LFC 4-0 Barca