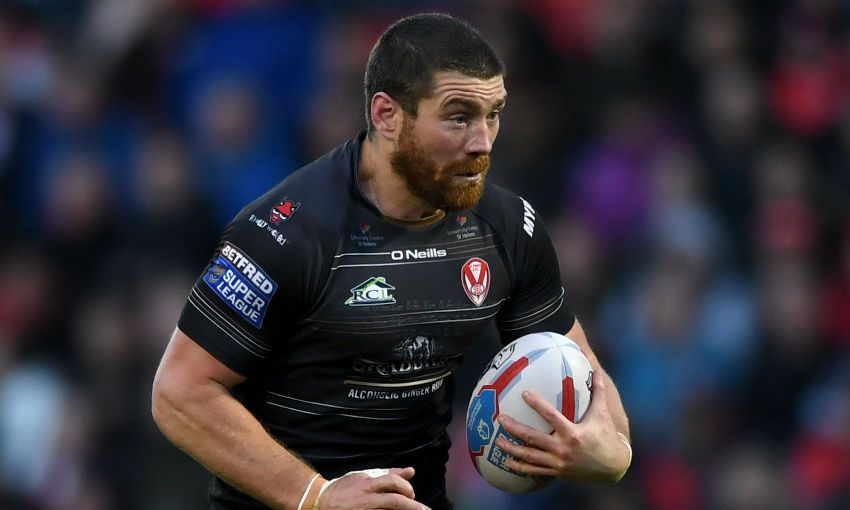 St Helens prop and long-time Liverpool supporter Kyle Amor will realise a dream next month when he graces the Anfield turf for the first time.

On the day of his 32nd birthday, Amor will be contesting Castleford Tigers at Anfield in the Super League as part of its Magic Weekend.

LFC will host six Super League fixtures across the May Bank Holiday weekend, on Saturday May 25 and Sunday May 26, and you can purchase tickets by clicking here.

A regular visitor to the home of Jürgen Klopp's side, Amor is dreaming about the prospect of scoring a try in front of the Kop.

Liverpoolfc.com caught up with the Ireland international ahead of his Anfield appearance to discuss the Magic Weekend, his love for the Reds and which current Liverpool player would make the best rugby league star.

First of all, just how excited are you for the game with Castleford Tigers on May 26?

I'm so looking forward to it. It's such an iconic stadium and obviously being a Liverpool fan means it's extra special as well. I've been to quite a number of games this season with my little boy. I was trying to explain to him in the garden the other day that I'm going to play. He's only seven so I don't think he took too much notice and it went over his head a bit! I can't wait to play and it's on my birthday as well, so it'll be extra special.

Have you ever played on the famous pitch before?

I've never played there before. The Magic Weekend, the concept behind it, has been on the road for a couple of years now. So we've played at the Etihad Stadium and Newcastle more recently and I was part of the team that won the Grand Final at Old Trafford. It's another occasion for us guys to sort of live the dream of being a footballer and playing in these big stadiums. I hope I score in front of the Kop! I've got a lot of mates who are real die-hard Liverpool fans who come down from Cumbria quite a bit and go to some away games as well. Hopefully some of them boys will be there watching me and it'll be a bit surreal for them all - and myself, to be honest.

It must be pretty annoying that your Super League campaign starts right at the business end of the football season...

Yeah, but it's good because in the off-season we can go and watch it and enjoy it more. We can enjoy the whole fan atmosphere, have a couple of beers and watch it properly. A lot of the games in midweek, we've always got training the next day. I've had to miss quite a few Liverpool games. For example, I was just on the phone to one of my mates and we were on about the final game of the season [against Wolverhampton Wanderers], 3pm kick-off. We've just been told that we've drawn Huddersfield away with a 6pm kick-off on that day, so I can't even watch it because it won't be on the bus on the way there. I'll be checking on my phone what the score is, but I won't be able to celebrate until after the game. I'll have my full attention on the job I've got at hand. Hopefully it doesn't go down to that Wolves game, but it probably is going to go down to that. That'll probably be the biggest game that you could miss. 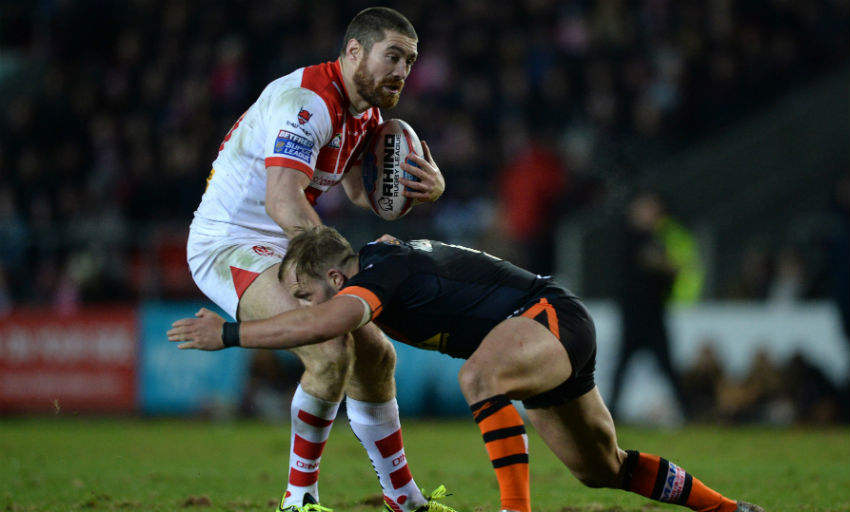 As an athlete, you must be in awe at the speed and agility from some players on a football pitch...

Definitely. That was one of the first things I noticed a long time ago when I went there - just how quick it is. For me, it's the vision that they play with. They can literally just lift their head up and bang a 40-metre ball right to feet. It just blew me away when you see it live. I suppose if you ever came to one of our games live you'd probably hear the collisions. It's just that live experience, isn't it? The speed that the guys run at, you don't see that on TV do you? But when you're there you think, 'God, they can move, them men'.

Who do you reckon would make the best rugby league player out of this current Liverpool squad?

Well Mo Salah would be dangerous because of his speed. Speed frightens anyone in any sport, doesn't it? But you'd have to go with big Virgil van Dijk. I think there's not many blokes who would want to get in a bit of a ding-dong with him. James Milner, you need them men - the Jack of all trades who go about the ugly parts of the game and do it with so much attention to detail that it's massive for the team. I think those players go underrated a bit, but when you're involved in sport you appreciate everybody's in that team to do a role and they're better than anyone else or otherwise they wouldn't get picked.

How Anfield got ready for VAR

Nine things you need to know about rugby league at Anfield