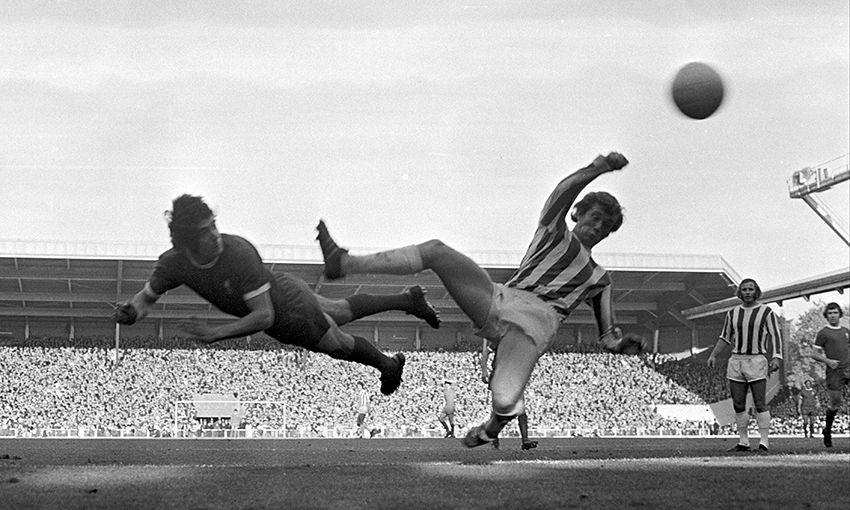 Last season's Premier League clash with Huddersfield Town would be far too easy for Missing Men, so it's time to head back to 1971 for the Terriers' previous trip to Anfield in the top flight.

Bill Shankly was the manager of a Liverpool team littered with future legends, but can you name the XI that beat Huddersfield 2-0 that day?

It's a tricky one, so read on for some clues...

After a frustrating first half at Anfield, Liverpool's No.7 - a player who would go on to become the footballing superstar of the Seventies - came close to breaking the deadlock but found opposition goalkeeper David Lawson in inspired form.

The Huddersfield stopper made a string of fine saves in a Man of the Match performance on that October afternoon but collided with the upright making the aforementioned one and required treatment as he lay dazed on the pitch. 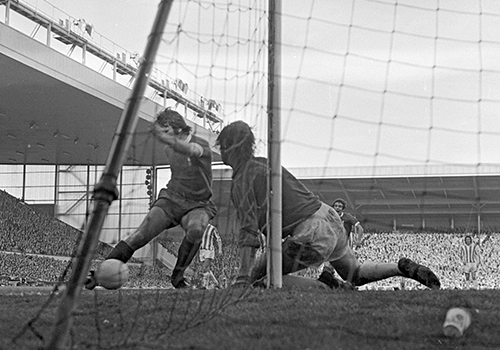 Called into action once again as Liverpool were awarded a 57th-minute penalty, Lawson saved the spot-kick but the man Reds fans nicknamed the 'Anfield Iron' - wearing the No.4 and the captain's armband - was on hand to tuck away his own rebound and make it 1-0.

The pressure mounted on the visitors' goal and Liverpool's record appearance holder, wearing No.11, combined with the Reds' No.10 to go close before Alun Evans made it 2-0 with 10 minutes to go.

Set up by a two-time European Cup-winning winger who would go on to run Liverpool's youth academy, Evans' strike ensured the Reds extended their unbeaten run at Anfield to 30 league games.

We've given you plenty of hints and revealed three players, but can you fill in the rest of the Missing Men below? 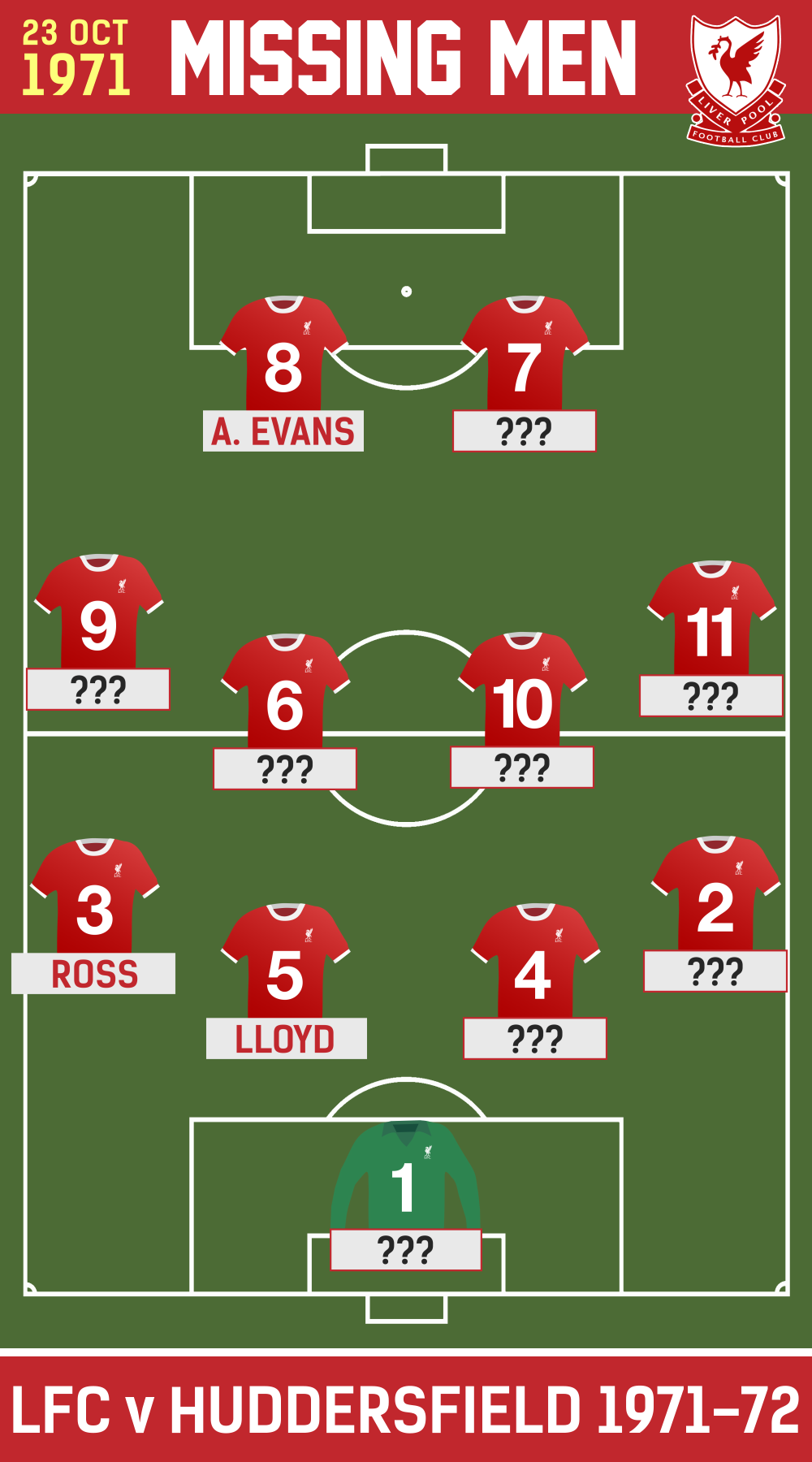