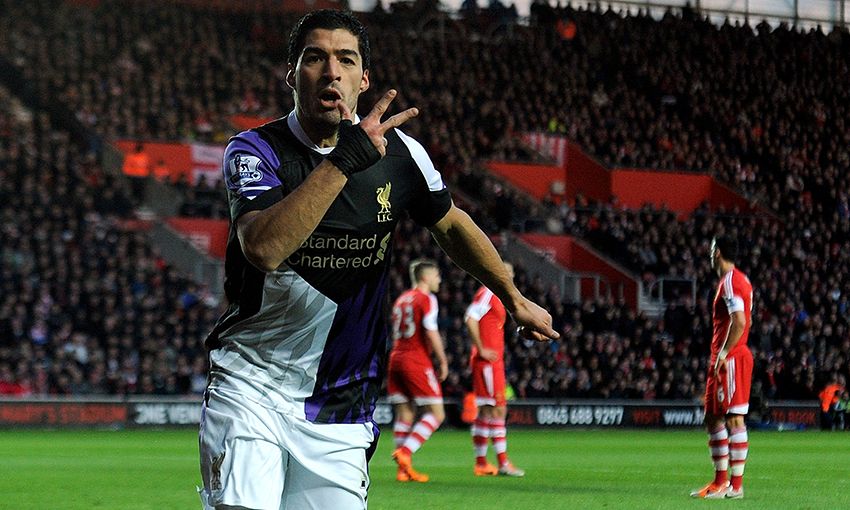 Luis Suarez had a hand in all three goals as Liverpool closed on top spot in the Premier League with a 3-0 win at Southampton in March 2014, but can you remember the rest of the starting XI that day?

Brendan Rodgers' side started the day fourth in the table but ended it in second, just four points behind leaders Chelsea, as the Reds maintained the swashbuckling form that would see them go on an 11-game winning streak.

Already the leading scorers in the top flight, Liverpool nudged their goal tally up to 73 at St Mary's, with Suarez topping both the individual scorers (24) and assists (10) charts in the Premier League, too.

The Uruguay striker opened the scoring with a clinical, low finish after just 16 minutes against a Southampton side featuring three future Reds - Dejan Lovren, Rickie Lambert and Adam Lallana - and turned provider for his teammates in the second half. 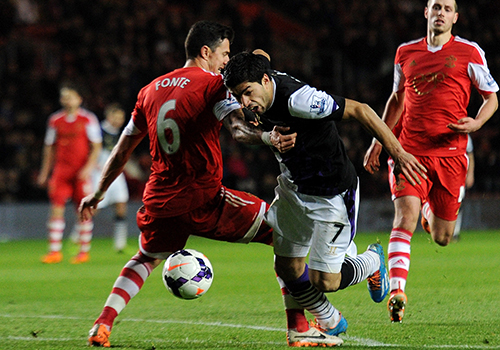 The LFC No.7 went past centre-back Lovren on 58 minutes and cut the ball back for substitute Raheem Sterling to double the lead just 80 seconds after the teenager had come off the bench to replace Philippe Coutinho.

In stoppage-time, the Liverpool striker was felled in the box by Jose Fonte and captain Steven Gerrard completed the scoring against Mauricio Pochettino's side with an unerring penalty.

Suarez was the star of the show, but who else made up the first eleven? Can you fill in the Missing Men below? 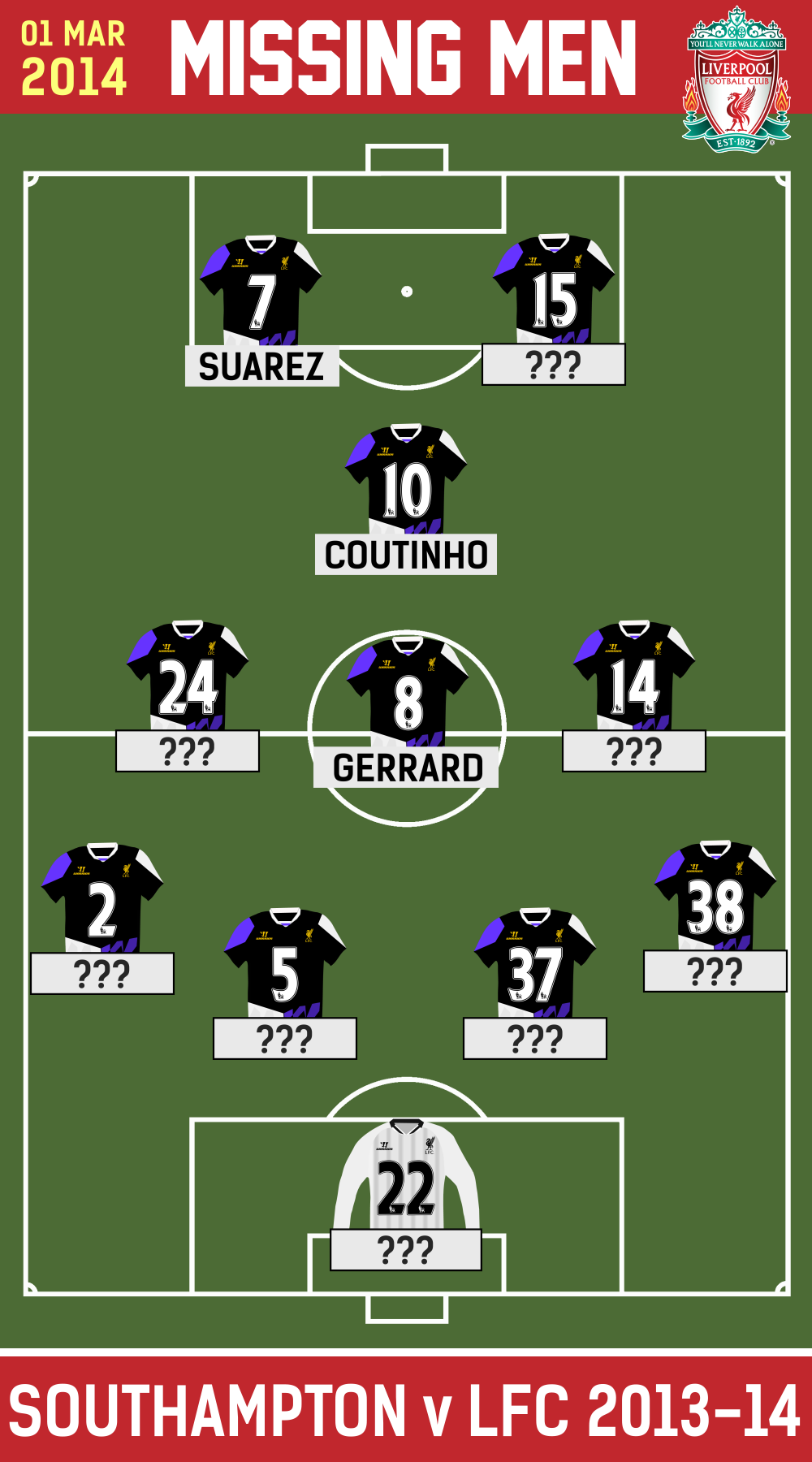