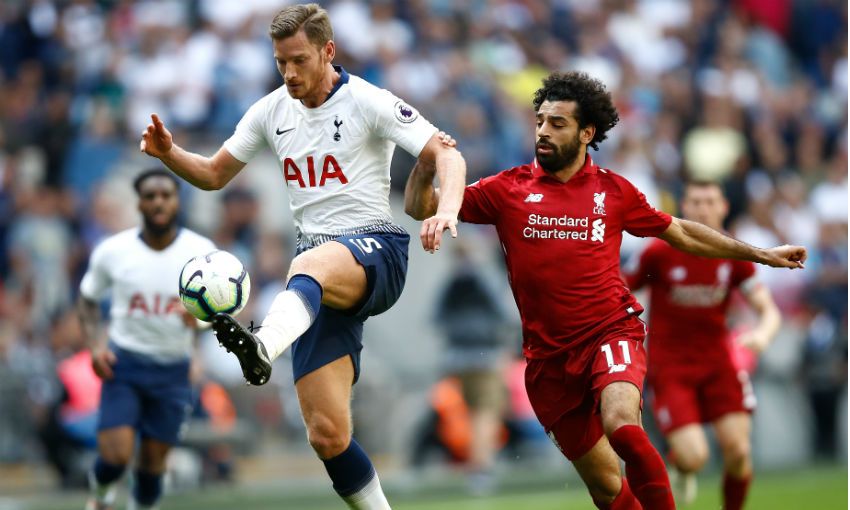 Liverpool return to action after the international break with a huge encounter against Tottenham Hotspur at Anfield.

Jürgen Klopp's side emerged 2-1 victors over Spurs at Wembley in September with goals from Georginio Wijnaldum and Roberto Firmino.

Here are three key battles that could help determine the outcome of Sunday's return match...

It's safe to say Salah enjoys playing against Spurs. In seven career meetings with the north London club, he has scored five times - two for FC Basel, three with Liverpool.

In the 2-2 draw at Anfield last season, Salah scored a goal worthy of winning any game - beating several defenders before lifting the ball over Hugo Lloris in injury time.

Once again, the left-footed Vertonghen will be tasked with containing the Reds' No.11, who did not play for Egypt during the international break.

Injuries have limited Vertonghen to 17 appearances in the league this season, but the 31-year-old remains an integral member of Mauricio Pochettino's team.

Superb in both legs of the Champions League win over Borussia Dortmund, Spurs could need Vertonghen to shine again this weekend. 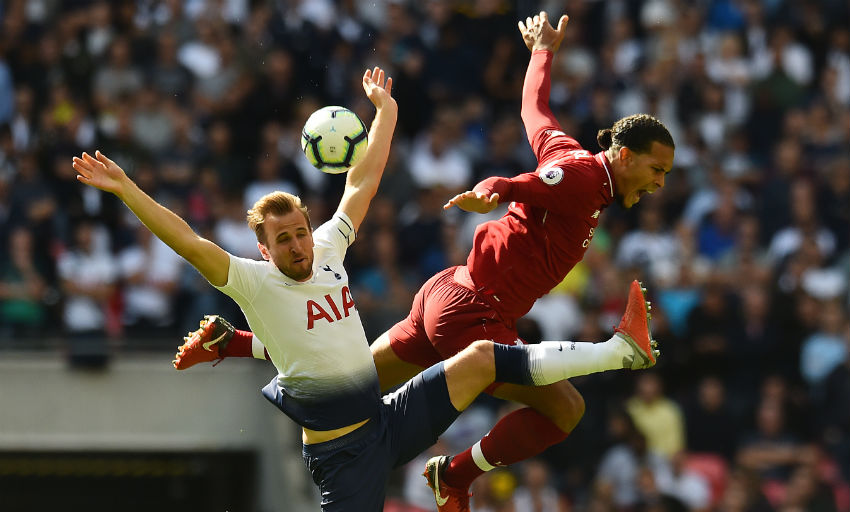 Kane has returned from an ankle injury in fine form, with three goals in his last four Premier League appearances.

He continued that streak on the international stage, too, with goals in England's victories over Czech Republic and Montenegro.

Kane's 17 top-flight strikes this term mean he is level with Salah, Sadio Mane and Pierre-Emerick Aubameyang and one behind Sergio Aguero in the Golden Boot race.

Van Dijk, a leading candidate for the PFA Players' Player of the Year award, will be tasked with shackling the 25-year-old on Sunday.

The Dutchman's imperious form this season has helped Liverpool record a league-high 17 clean sheets so far in 2018-19.

Van Dijk thwarted Kane in the reverse fixture this season and him doing so again would likely improve Liverpool's chances of earning another three points.

The man likely to be feeding Kane is Spurs' creative spark, Eriksen.

The Danish playmaker currently ranks joint-third for assists in the Premier League this season, and the Reds will look to nullify his influence on the game as much as possible.

An unused substitute when Liverpool last played Spurs, Fabinho has become a key figure in Klopp's midfield. His excellent pressing abilities could see him dispossess the threatening Eriksen, while enabling the Reds to remain on the front foot.

Fabinho and his midfield partners will need to keep a very close eye on Eriksen's movement, though. Pochettino has been altering his position mid-game of late - bringing the usual No.10 into a deeper midfield role at times.