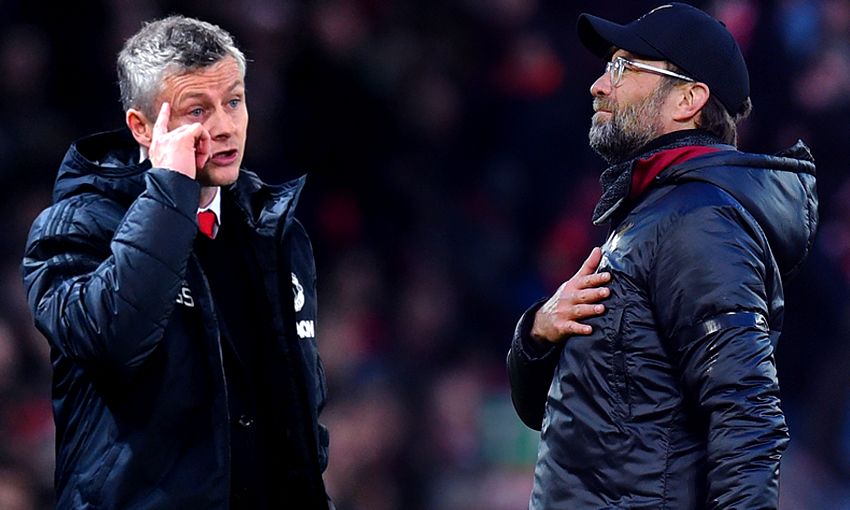 The press on LFC 0-0 Bayern: 'Henderson shines on his return'

Liverpool travel to Old Trafford on Sunday for a headline-grabbing fixture against Manchester United that could put Jürgen Klopp's men back on top of the Premier League.

The Reds trail leaders Manchester City - who play Chelsea in the Carabao Cup final this weekend - on goal difference, but a positive result in this game in hand would move them above Pep Guardiola's side with 11 matches still to play this season.

Liverpool beat United 3-1 at Anfield in the reverse fixture in December, but much has changed at their arch-rivals since then.

Jose Mourinho left the club two days after that match and his successor, caretaker manager Ole Gunnar Solskjaer, has revitalised the team.

The former United striker, who won six league titles and the Champions League under Sir Alex Ferguson, has overseen eight victories during a nine-match unbeaten run in the Premier League that has propelled the Red Devils into the top four.

The Norwegian's only defeat thus far came at the hands of Paris Saint-Germain, but his side bounced back with a 2-0 win at Chelsea last time out to reach the quarter-finals of the FA Cup.

So, what can we expect from Solskjaer's charges on Sunday?

We spoke with ESPN general editor and United fan Alex Shaw (@AlexShawESPN) to get the inside track...

What has Solskjaer done to transform Manchester United? 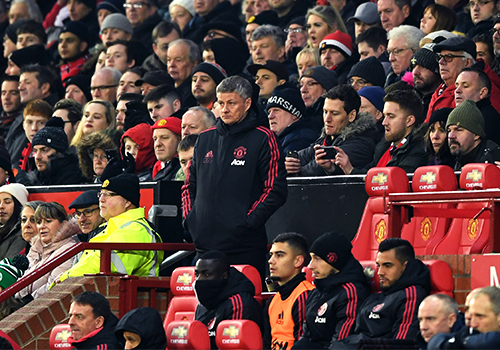 It's easy to say, but as so many have proven, putting smiles on faces and creating an atmosphere in a group is conducive to good team performances.

Solskjaer is more than that, though - he's been there five minutes and United already have a first-choice XI and a distinct style of play.

It's not just on the field either. Solskjaer says the right things off the pitch and talks how a Manchester United manager should.

Paul Pogba is now the star of the show, how important is he to the set-up?

I genuinely believe he is the most important player in the league. By that I mean if you took out another team's key player, they'd be stung, of course, but not to the extent United are without Pogba.

He's enjoying the best scoring form of his career and if he plays well, so do United.

Liverpool would be harmed if Virgil van Dijk missed a game (we saw this to an extent against Bayern) but United rely on Pogba to such an extent that it's hard to see them winning without him.

Which player has been the unsung hero of the Solskjaer revolution? 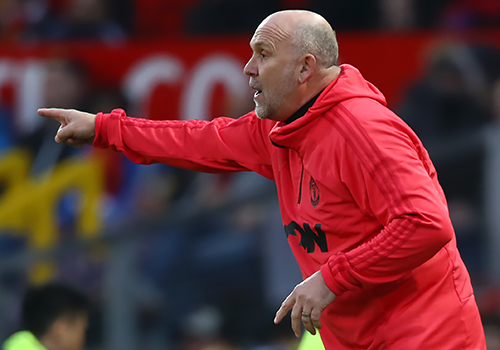 With regards to players, it's an easy one really: Victor Lindelof, Ander Herrera and Nemanja Matic. But I am going to be awkward and flip the answer and say first-team coach Mike Phelan.

A key cog in Sir Alex Ferguson's past teams, Phelan has returned and his acumen on the training pitch as well as his man management skills off it has been crucial in United's resurgence. It's just a shame we haven't seen him wear his shorts nearly enough.

How have fans' expectations for the season changed?

Now, there's an expectation to win and win well. A cup run (you could say that has already been achieved after FA Cup wins at Arsenal and Chelsea) and a top-four finish would salvage what looked to be a terrible season. 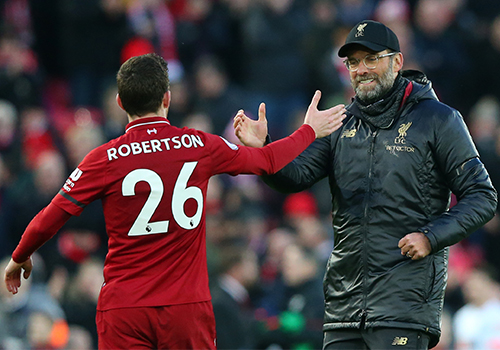 I had them down as title winners back in the summer. You can't reach a Champions League final then have a strong summer transfer window without expecting the most serious title challenge in years.

You know what you're getting with Liverpool: fast, ferocious, passionate play. Perhaps Jürgen Klopp has reined things in ever so slightly this season but the old adage of "attack wins games, defences win titles" springs to mind here.

The minute Klopp was appointed I had him down as ending this long title drought. The fans buzz off his charisma and the way he plays and that's a fearsome alchemy.

Which one LFC player would you like to see in a Manchester United shirt?

Van Dijk. United's defence remains, to be kind, a work in progress. While Lindelof is improving, if he had the league's best centre-back alongside him, United would be so much stronger.

How will United line up on Sunday? 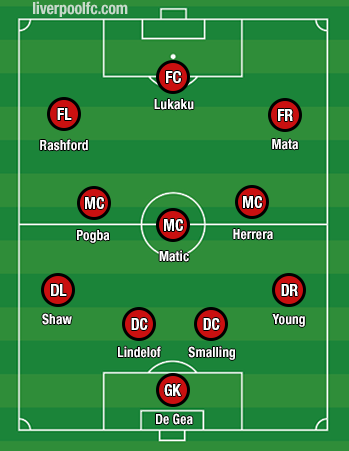 There's whispers Jesse Lingard and Anthony Martial could make surprise returns but I'd be shocked at that. Mata is wasted on the right but, as Liverpool fans know, he is a danger man in this fixture. It would be interesting to see if United are set up similar to how they played at Chelsea, with Mata in a diamond.

Where will the game be won and lost?

Again, the two key men for me: Pogba and Van Dijk. While they are unlikely to come into direct battle often, whoever excels for their respective side can expect to be on the winning team. Van Dijk bullied Lukaku at Anfield, no mean feat, but if Pogba is purring Liverpool will worry.

Not. A. Chance. Apart from being possibly the most superstitious of people not just in football but in life, you're not getting a prediction out of me for ANY game.

Can I say that, er, we hope football is the winner? *cough*. Ahem.