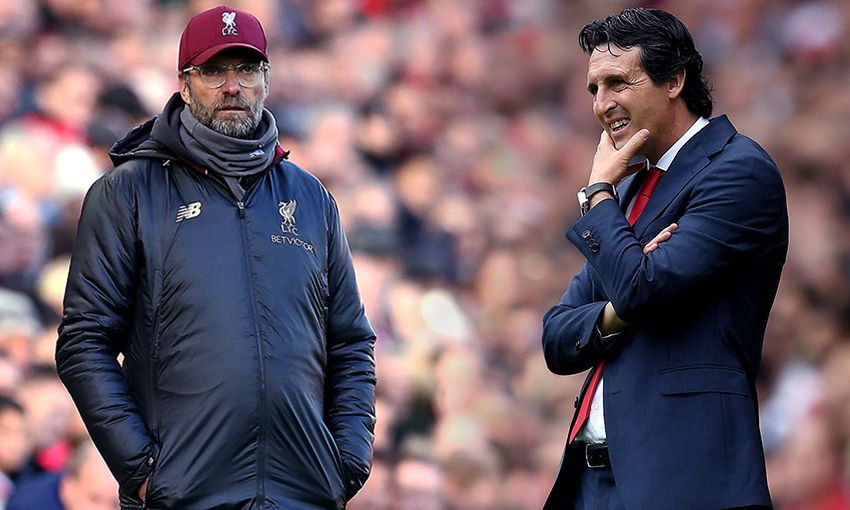 Two of the Premier League's in-form teams face off at Emirates Stadium on Saturday as Liverpool travel to Arsenal in the evening kick-off.

After succeeding Arsene Wenger as Gunners manager in the summer, Unai Emery endured a tough start with defeats by Manchester City and Chelsea.

But they subsequently embarked on an 11-game winning streak across all competitions that ended with a 2-2 draw at Crystal Palace last weekend.

Wednesday night's Carabao Cup win over Blackpool makes it 13 matches unbeaten for Arsenal, who will therefore be in positive mood when the Reds arrive in north London.

So, what can we expect from the new-look Gunners?

We caught up with the Daily Mirror's chief football writer, John Cross (@johncrossmirror), who has charted Emery's evolution since his arrival at the Emirates, to get the lowdown...

How is Emery regarded by the Arsenal fans? 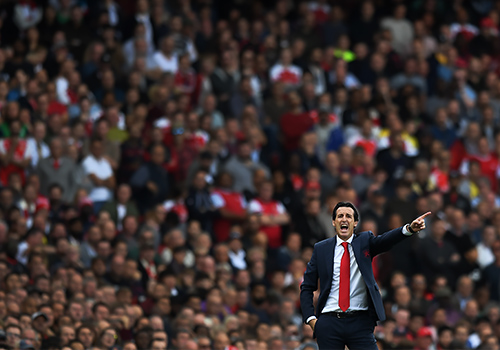 To be honest, I'm sure they knew of him before he arrived, but they didn't know him like they do now, and they have definitely embraced him. They like his energy, enthusiasm and, most of all, the impact he has had on the team and the results.

What has he changed from the previous regime?

I always find these comparisons hard because when managers change it's always a case of 'The king is dead, long live the king.'

If the old manager banned ketchup, then he was a genius at the time but the new one knows best when he brings it back. What I'm trying to say is that he succeeded Arsenal's greatest manager of all time in Wenger. They are big shoes to fill and he is doing things differently and getting results, but in no way is that a criticism of Wenger.

He is working the players harder, tougher and longer with double sessions, more on tactics, coaching and drilling them. They work harder off the ball. Early on, the football wasn't as expressive or free-flowing, but just lately they've been getting results and playing good stuff.

It's more about the high press, less about possession and the change seems to have refreshed and got the best out of players.

I think expectations have risen thanks to the winning run. Now Arsenal fans think they might just get into the top four. Before the season started I think most thought that would be a big ask, bearing in mind the squad is still largely the same as the one which finished a distant sixth last term. The season looks promising.

Is Mesut Ozil still the star man at Arsenal? 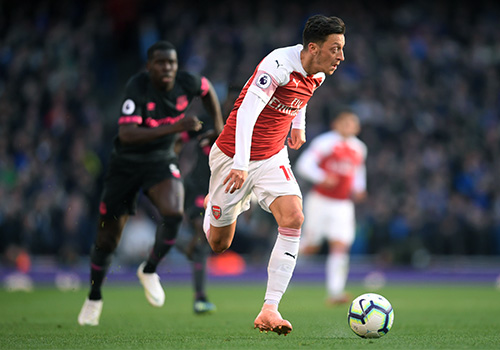 Yes, in as much as that when he plays to his best, he's the main man. His performance against Leicester City was magical. His display at Crystal Palace less so, but Emery seems to be getting Ozil to be more consistent and harder-working, which must be a good thing.

This team's biggest strength is their spirit, they often start slowly, even go behind and yet they have a defiance and a work-rate which sees them fight back and get results. That spirit, the togetherness in the squad is refreshing and looks healthy.

How do you expect Arsenal to line up at the Emirates? 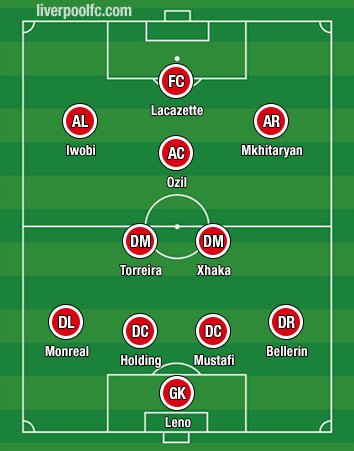 I've seen Liverpool more than Arsenal this season and their strike force is hitting top gear. They look quick, sharp and full of goals again. If Liverpool play at their best then I think they'll win, if Arsenal can keep Liverpool's strike force in check then they stand a chance.

This fixture has been a thriller in recent seasons and we'll get goals, that's for sure!

I think Liverpool will win in a high-scoring, entertaining and intense game. I think Jürgen Klopp's men might just win 3-2.

The view from Arsenal: 'Gunners full of hope under Mikel Arteta'

Quiz: 15 questions on Liverpool's goals at the Emirates