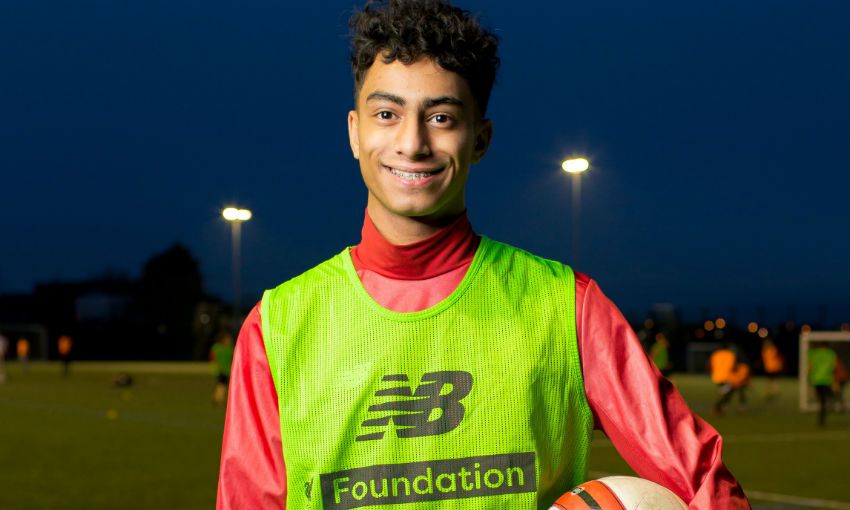 Jusuf Mohsin, from the Wavertree area of Liverpool, first attended LFC Foundation’s Premier League Kicks sessions back in 2016 and has since gone on to become an integral part of the programme’s development squad.

At the age of 16, Jusuf attended a free Premier League Kicks session at his local sports centre and it soon became clear that he was a very talented footballer.

After attending the sessions every week and developing his skills, Jusuf was successful in a trial for the LFC Foundation Kicks Development Squad and has gone on to represent the club at matches and tournaments across the local region.

Speaking last year, Jusuf said: “Playing in the Kicks sessions has kept me off the streets. If it wasn’t for Kicks, I wouldn’t have met all these different people and made the friends that I have.

“Attending Kicks has given me confidence and inspired me to reach my goals. In the future, I’d like to play football at a high level and I also want to study physiotherapy at university. The Foundation really brings everyone together and since I’ve been coming to Kicks, I’ve found my football family.”

Jusuf now lives away from home and studies Physiotherapy at the University of York, while also continuing his football development, playing at semi-professional level.

Kicks is the Premier League’s flagship community programme which uses the power of football and sport to inspire young people in some of the most high-need areas in England and Wales.

The LFC Foundation delivers 18 Kicks Football sessions each week, and over the years the free to play programme has engaged over 100,000 youngsters across the Liverpool City area.

To find out more about Jusuf’s story and the work the LFC Foundation does with PL Kicks, click here.