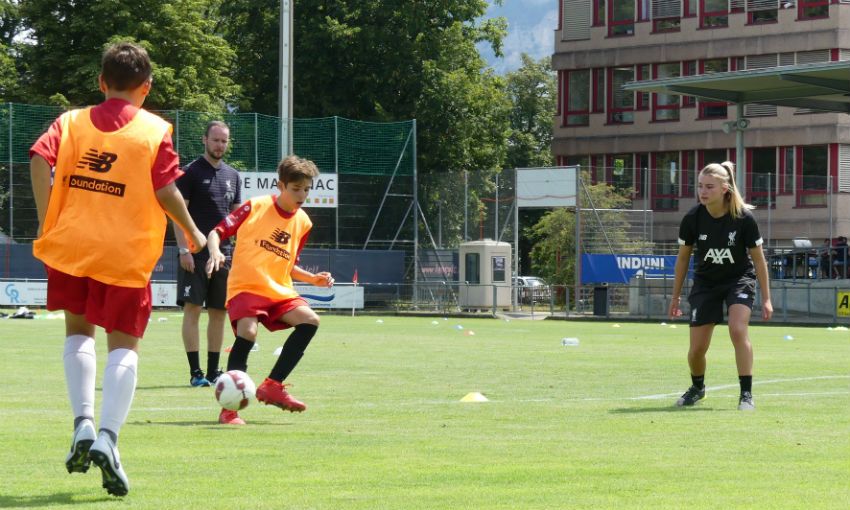 LFC Foundation delivered soccer clinics to local youngsters in the Swiss city of Geneva last week as part of the club’s pre-season tour.

Over 30 players from FC Rothenburg and Lancy FC took part in two sessions, which were held in the build-up to the Reds’ meeting with Lyon at Stade de Geneve on Wednesday evening.

Youngsters who attended the morning session – which was donated by official club partner, Joie – also received tickets to the match later that day.