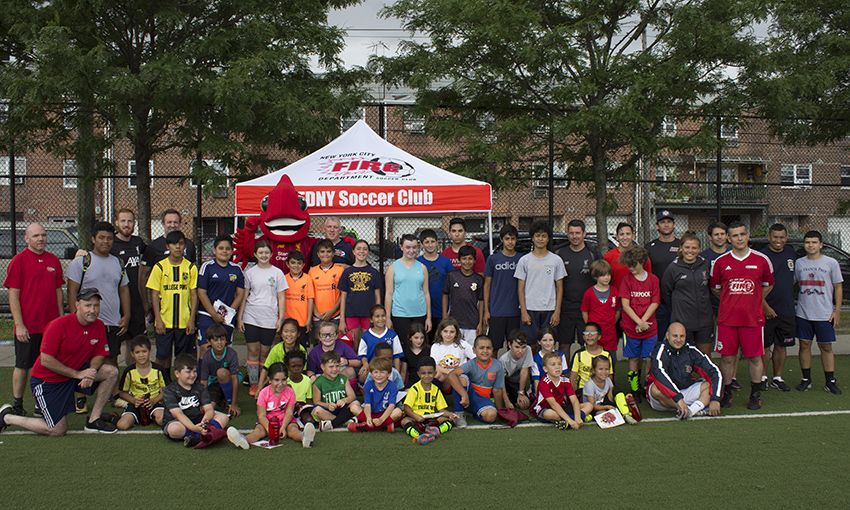 LFC Foundation coaches headed to Queens, New York on Tuesday to host a soccer clinic alongside the Fire Department of the City of New York (FDNY).

One hundred and twenty local youngsters – 60 from the FDNY soccer league and 60 children of FDNY employees – spent the day taking part in skills sessions, soccer drills and small-sided matches alongside the LFC Foundation coaches and official club mascot, Mighty Red.

Joe Brosi from FDNY said: “It’s been an absolute pleasure to spend the day with Liverpool and the kids have all had an amazing time.

“The LFC Foundation coaches have really helped them with developing their skills and confidence, and I’m sure they’ll all take what they’ve learned today and apply it in the future.”

New York was the third and final destination on the Reds’ pre-season tour of the USA, where Jürgen Klopp’s men played Sporting CP in the Western Union Cup at Yankee Stadium on Wednesday evening.