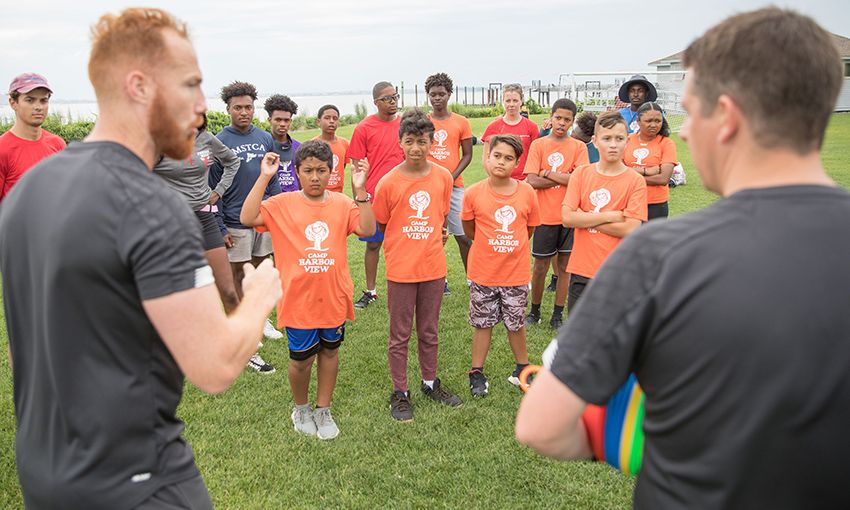 LFC Foundation headed to an American summer camp in Long Island, Boston, on Monday to host a coaching session for local young people.

The camp welcomes 900 kids across two four-week sessions throughout the school holidays, as well as offering a leadership development and summer jobs programme for 100 teenagers.

LFC Foundation coaches delivered two sessions to the youngsters: a soccer-focused clinic and a series of fun team-building games.

Matt Parish, director of LFC Foundation, said: "We're delighted to be in the US and have the opportunity to deliver our community work to young people out here.

"Camp Harbor View is a fantastic programme and its work mirrors a lot of what we do back home in Liverpool.

"We've had a fantastic day with these kids and we hope they've taken as much from it as we have."

Liverpool FC are currently Stateside as part of their preparations for the 2019-20 season, with both the men's and women's teams having played pre-season friendlies in Indiana and Massachusetts.

Jürgen Klopp's side faced Borussia Dortmund and Sevilla, while LFC Women took on Cleveland Ambassadors and the Metropolitan Conference Allstars.

Both squads will now travel to New York, where Klopp's men will play their final pre-season match of the nine-day tour against Sporting CP at Yankee Stadium, on Thursday July 25.