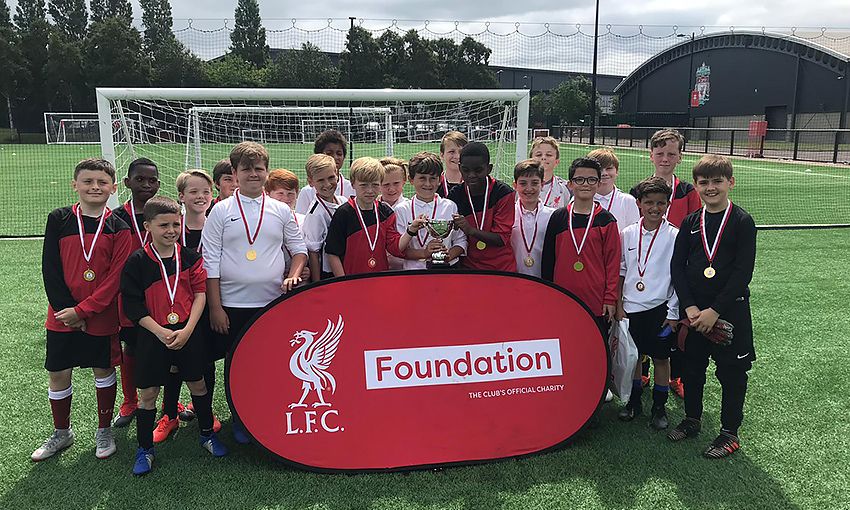 Football teams from local schools in Liverpool came together for a tournament in the name of former LFC player, Ian Frodsham, on Thursday.

Hosted by the LFC Foundation, the competition welcomed 12 teams from across the area, who came together at the club's Academy for an afternoon of small-sided matches.

The memorial tournament was played in a two-league format with six teams in each, with the two league winners meeting in the final.

Ian was an extremely promising footballer who tragically passed away at the age of 19 after suffering from a spinal tumour.

He joined the Reds as an U11 from Brookfield School in Kirkby before signing a professional contract aged 17.

Ian’s mother Lyn was in attendance to support the teams, congratulate all the players and award the winning teams with the trophy.