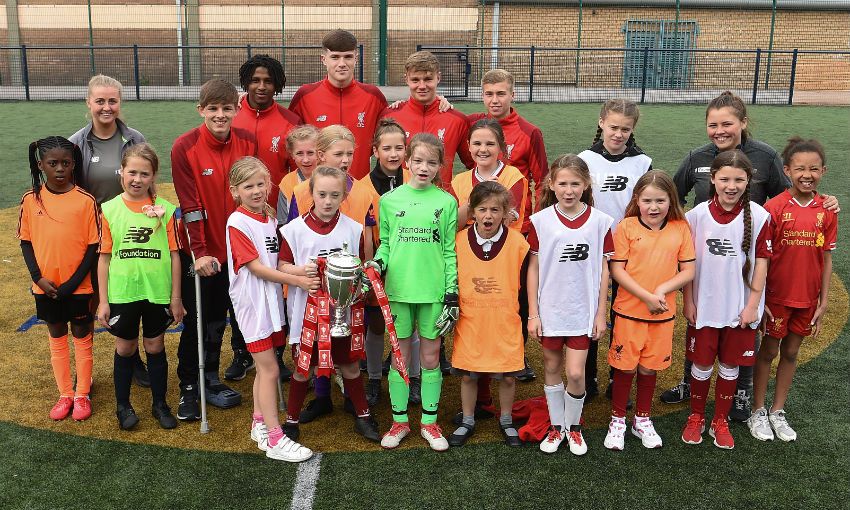 Members of Liverpool's U18s paid a visit to young players in the community this week - and brought a very special guest along with them.

The players were cheered and applauded onto the pitches at Anfield Sport and Community Centre as they arrived carrying the FA Youth Cup, won in a thrilling penalty shootout against Manchester City last month.

A question-and-answer session then followed before members of Barry Lewtas' squad took part in some friendly matches with the players.

The 80 youngsters are part of the Premier League Girls and Kick programmes run by the LFC Foundation.

More than 70 sessions are run across the Liverpool City Region every week by fully-qualified coaches provided by the LFC Foundation - whose mission is “to create life-changing opportunities for children and young people”.

There are sessions at Anfield Sport and Community centre every night of the week and the youngsters were delighted to play with the Academy players, grab autographs and take selfies with the trophy and the players. 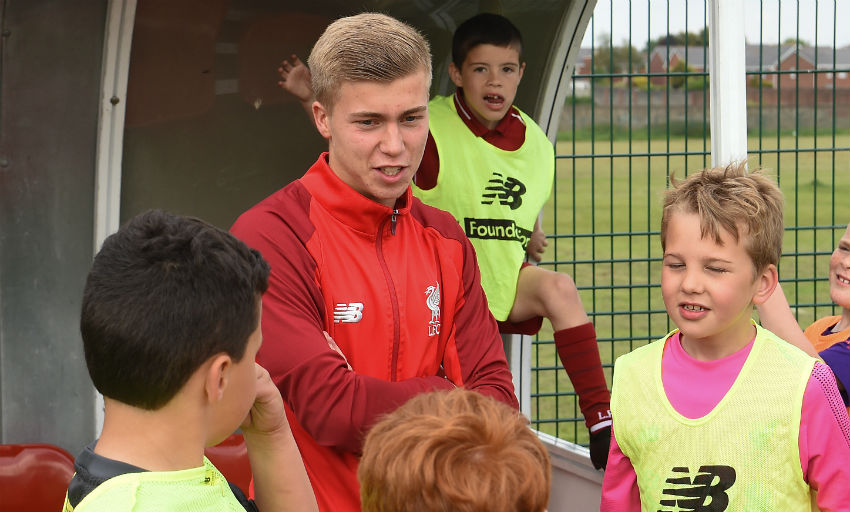 Phil Roscoe, Liverpool’s head of education and welfare, said: “It was great for the players to see the incredible work being done by the LFC Foundation across the city, creating opportunities and fostering a love of the game.

“The players really enjoyed bringing the FA Youth Cup down to show the youngsters and hopefully a few of them, boys and girls, will go on to play in similar competitions in the years to come.”

More information about the work of the LFC Foundation can be found by clicking here.