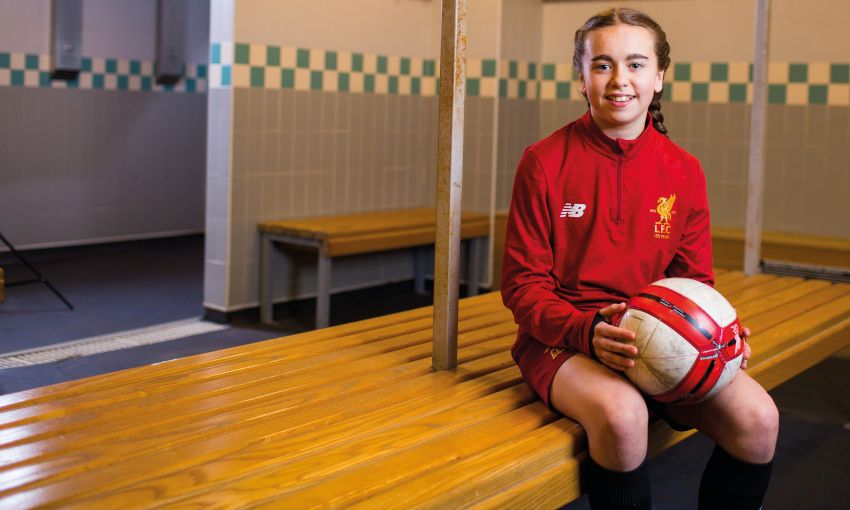 After becoming a regular at the LFC Foundation’s Premier League Kicks sessions, huge Reds fan Jessie now plays for the Liverpool Ladies Regional Talent Club and has dreams of making it to the top.

The 13-year-old first attended the Kicks sessions over three years ago and hasn’t looked back since. Having impressed with her footballing ability and attitude, she was encouraged to trial for Liverpool and is now an important part of the girls’ U14 development squad.

Jessie said: “Coming to Kicks gives me joy and it keeps me healthy. In the future, I just want to carry on playing football and stay driven to hopefully go and play professional football for Liverpool and maybe be in the World Cup for England Women.”

Participating in the Kicks sessions allowed Jessie to gain self-confidence and bring out the best of her footballing ability, which she is now demonstrating at a high level.

She has already tasted success with the LFC Foundation Kicks team, taking part in and winning three Cruyff UK finals, the most recent of which she was named as captain for.

LFC Foundation coach Stephen Leftley said: “When Jessie first came to the sessions, she was a little bit shy, but she’s just grown - and I think that confidence will help her in her career to come.

“The Friday night sessions are something away from Academy football where she can express herself, it’s just a less pressurised environment. Hopefully there’ll be an England call-up for her in the future!” 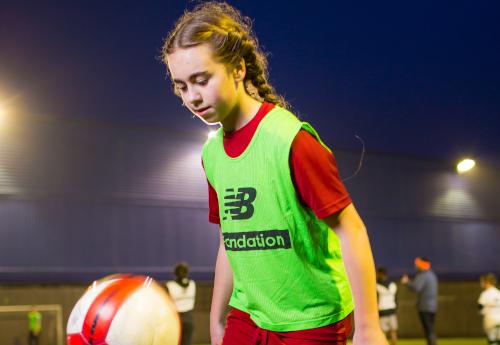 Kicks is the Premier League’s flagship community programme which uses the power of football and sport to inspire young people in some of the most high-need areas in England and Wales.

The LFC Foundation delivers 18 Kicks Football sessions each week and over the years the free to play programme has engaged over 100,000 youngsters across the Liverpool city area.

To find out more about Jessie’s story and the great work the LFC Foundation does with PL Kicks, click here.