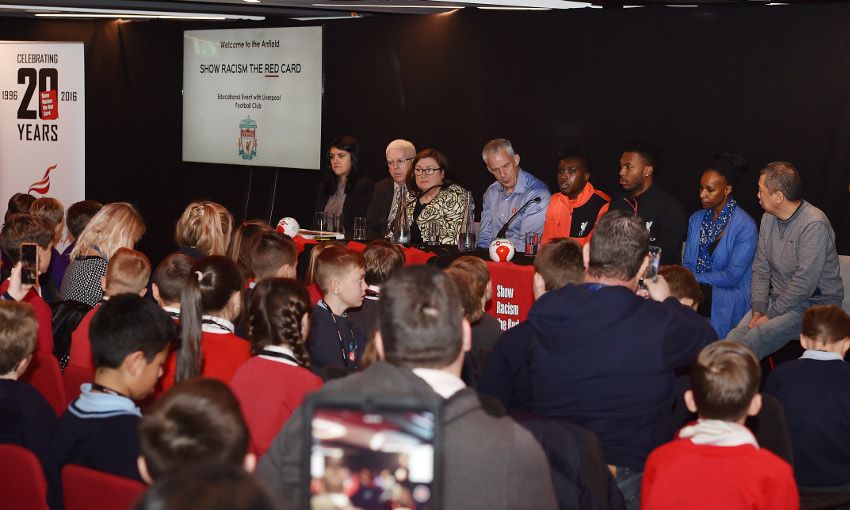 The Reds duo took part in an anti-racism workshop before watching a screening of the official SRtRC film and participating in an interactive Q&A session with pupils from 18 schools across Liverpool and Sefton.

The event, which was held in the Centenary Stand at Anfield, provided local children with the opportunity to interact with anti-racism role models and spend time thinking critically about this important issue.

England international Sturridge said: “It’s really important that young people are educated about racism and that everyone should be treated equally no matter what their race or ethnicity. There is no place for racism in any walk of life and events such as today’s only reiterate this.”

Liverpool winger Ojo added: “It’s fantastic that the club supports events such as this. I really enjoyed meeting the youngsters from the local school to help educate them on how important it is to embrace diversity and why racism is never acceptable.”

Ged Grebby, chief executive of SRtRC, said: “Show Racism the Red Card has been working in partnership with Liverpool FC for 20 years and every season the club continue to support our anti-racism work through hosting educational events. The campaign team are really looking forward to returning to Anfield and to be working with 120 young people from the local area to discuss the topic of racism.”

SRtRC is an anti-racism educational charity that utilises the high-profile status of football and its players to help tackle racism in society. 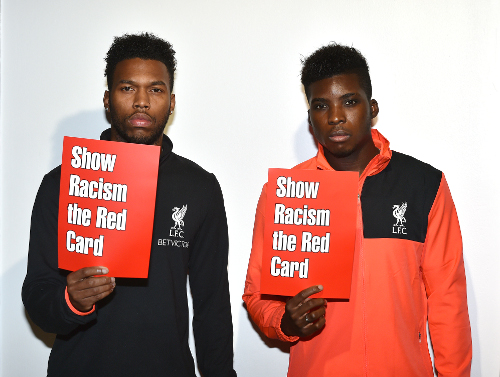