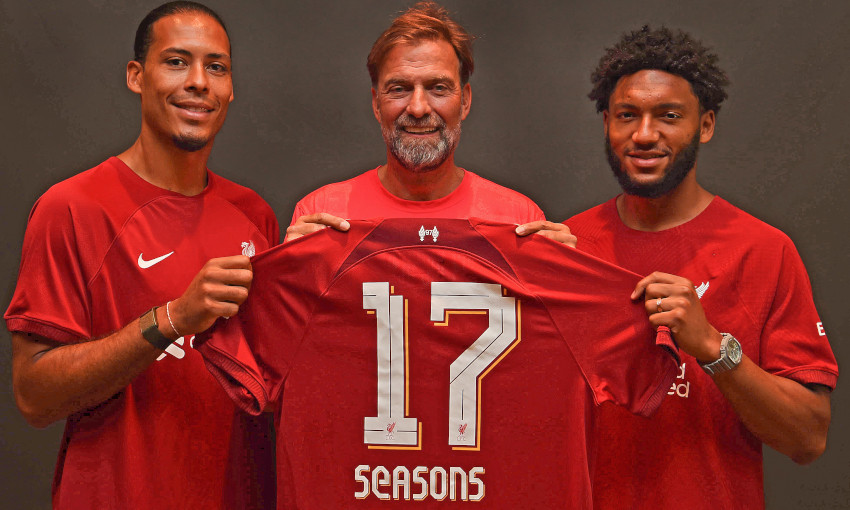 Liverpool Football Club and Standard Chartered Bank are pleased to announce an extension to their partnership for a further four years.

This will take the partnership to 17 seasons overall, until the end of the 2026-27 football season.

Standard Chartered started as Liverpool FC’s main team sponsor in July 2010, when the bank became only the fifth company ever to adorn the Reds’ first-team strip.

This agreement also includes sponsorship of LFC Women, as they return to the Women’s Super League, and aims to increase participation in the women’s game.

Billy Hogan, chief executive officer of LFC, said: “This is a hugely significant partnership for LFC and I could not be prouder to confirm a four-year extension to our already long and successful partnership with Standard Chartered.

“We have been on an incredible journey together and Standard Chartered’s support has been a key driver in our most recent successes, both on and off the pitch, with their loyalty and commitment to Liverpool Football Club.

“Our partnership has been able to thrive because of our shared values and we look forward to continuing to work together to help and support our communities and supporters around the world.” 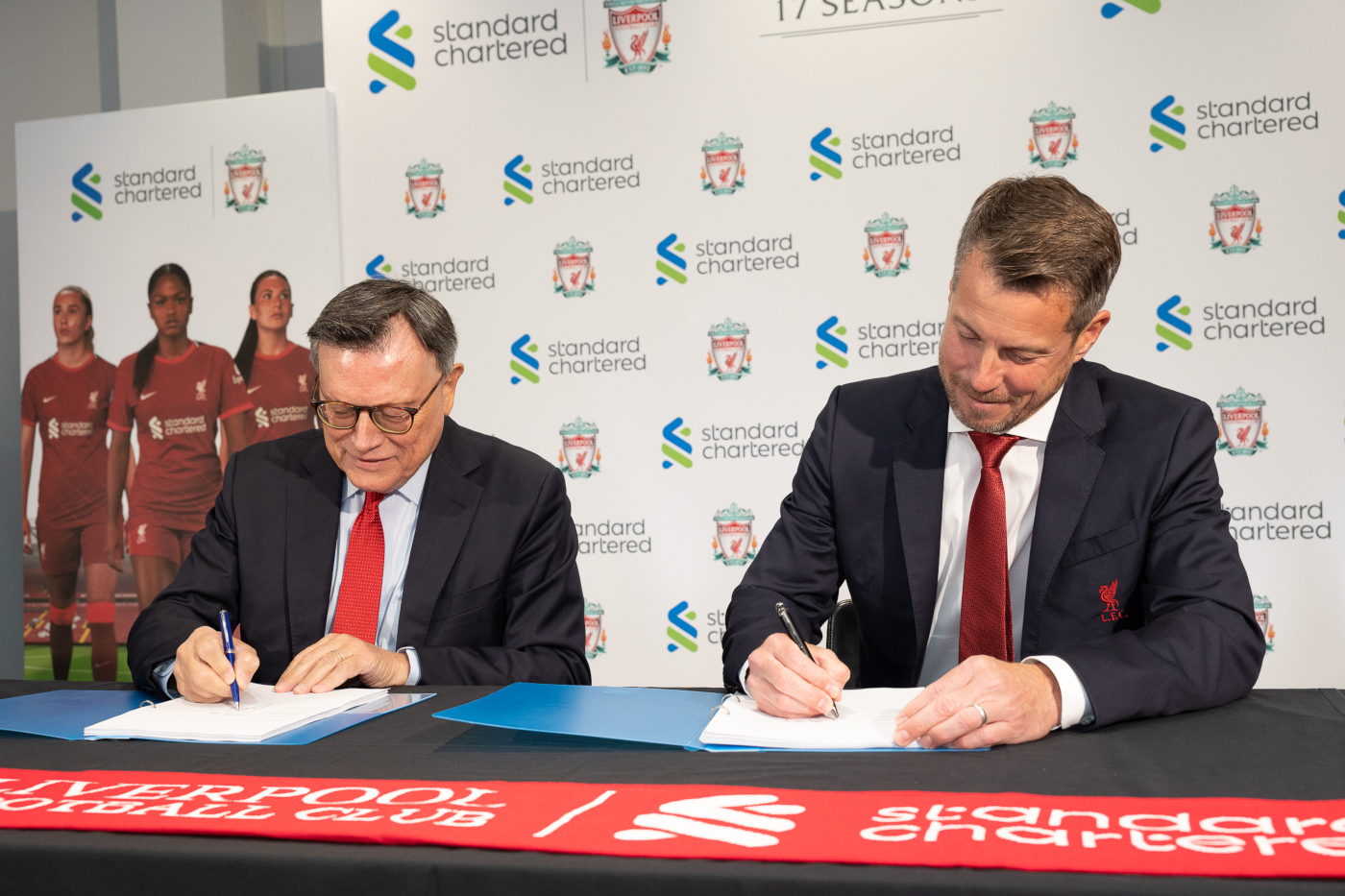 Bill Winters, group chief executive at Standard Chartered, said: “When we partnered with Liverpool FC in 2010 we could not have imagined the success of both the partnership and of the club.

“Liverpool FC has been a true partner and, as one of the world’s best-known football clubs, we are proud to be associated with them. We are delighted to be continuing our partnership for the next four years and look forward to building on our already successful relationship.”

For a decade, Standard Chartered and Liverpool FC have used their partnership to support a number of the bank’s sustainability and community investment programmes. Together, they have raised more than £500,000 to tackle avoidable blindness and help young people, especially girls, learn new skills.

The bank has also worked closely with LFC Foundation to empower young adults through its Futuremakers initiative and has provided hundreds of matchday tickets to local residents to cheer on the Reds. 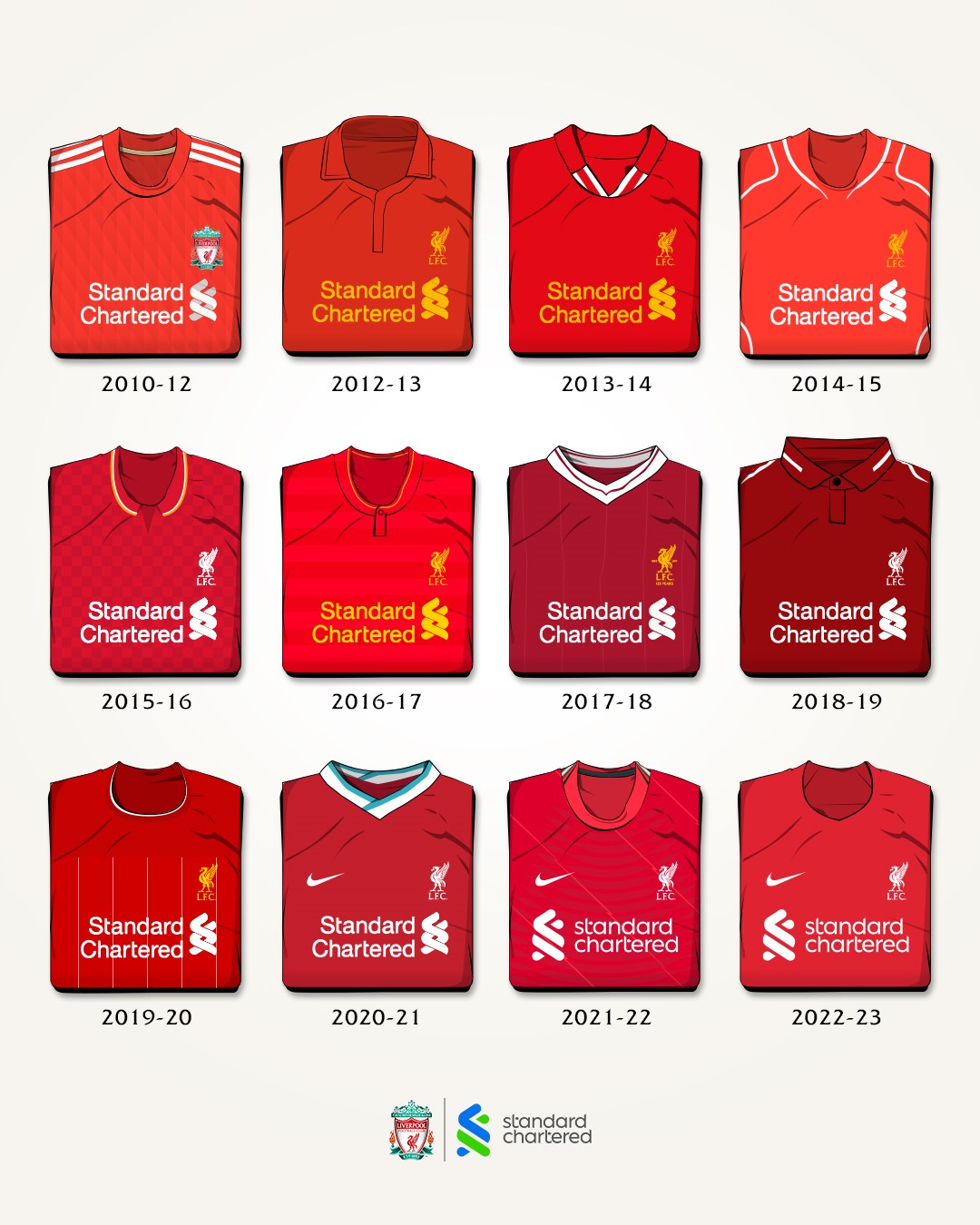