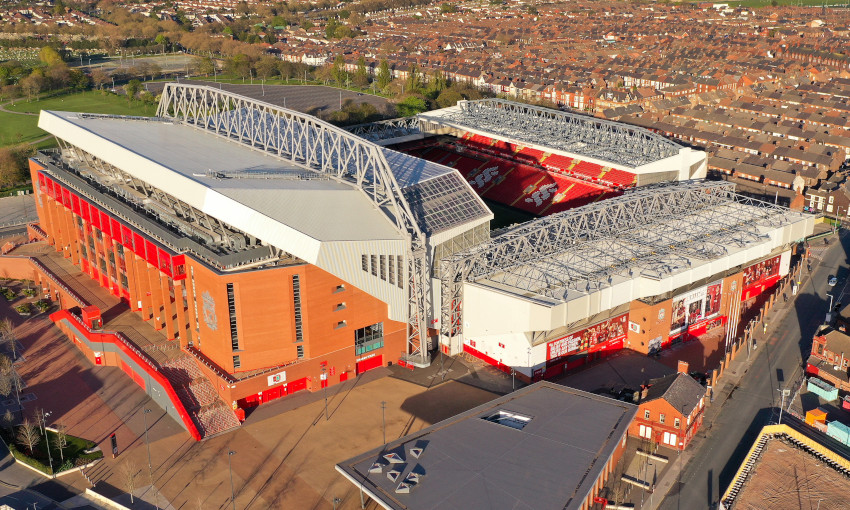 Liverpool FC would like to update supporters on changes to stadium access procedures that will be in place when fans return to Anfield for the Premier League fixture against Wolverhampton Wanderers on Sunday.

LFC opened a ballot earlier this week to allow eligible fans to apply for tickets for the match against Wolves following guidance from the government, which placed Liverpool in Tier 2 restrictions, allowing Anfield to operate with a maximum of 2,000 supporters.

For the first time, the club will be introducing NFC mobile tickets to manage access and understand who is in the stadium. This will allow fans to access the stadium on matchday using an electronic ticket on their smartphone to minimise physical contact.

Once supporters have purchased their ticket, they will need to go into the Tickets Section in My Account within the Ticketing System using their mobile phone, select their ticket and click to download the NFC pass. A full guide on how to complete this process and use the pass can be found here. Tickets are non-transferrable and cannot be forwarded on to another mobile phone.

In order to safely control the flow of fans around the ground, access to Anfield will be strictly controlled on matchday, with designated access points for all supporters. Fans are advised to only enter the stadium via the entry point stated on their ticket in order to minimise the risk to public health and fellow supporters.

Supporters with tickets for the Kop should enter via turnstiles A and B via Paisley Square next to the club shop entrance, and those in the Main Stand via the Main Stand Reception on 96 Avenue next to the LFCTV studio, where soft ticket checks will be carried out. For further guidance, please refer to the map below. 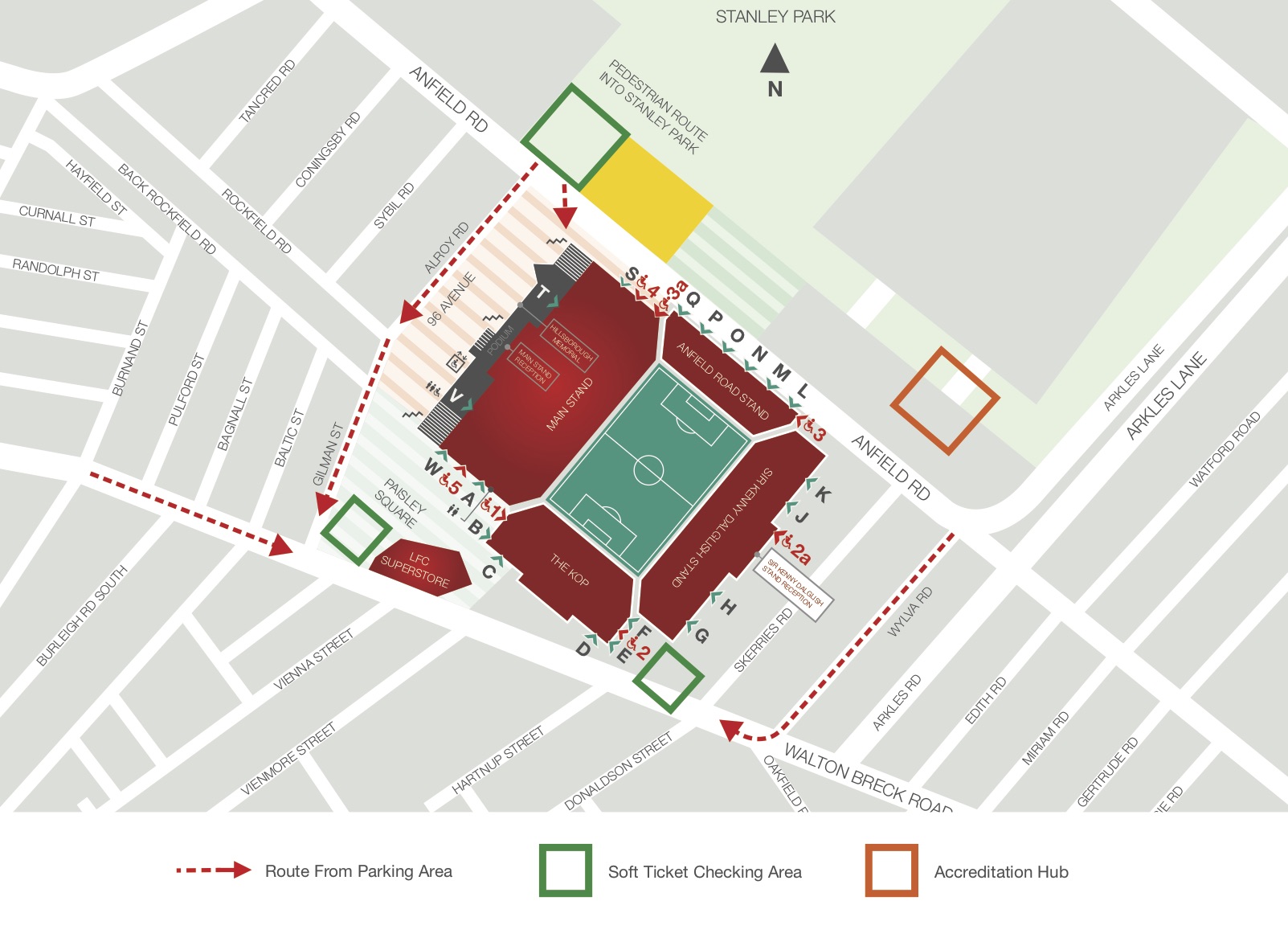 There will also be three staggered entry times for general admission supporters, starting from 90 minutes before kick-off. For hospitality ticket holders, entry times will start from three hours prior to kick-off. The club is asking fans to also only arrive at the stadium at the time specified on their NFC pass. Anyone arriving later than their requested time will be allowed entry but may be delayed while others enter at their allotted time.

Supporters will also be asked to bring photographic ID with them for checks at the turnstiles before entry. Entry will not be permitted if proof of ID is not provided.

Once the match ends, fans will be escorted to the exit from their rows one by one by the stewarding team to comply with social distancing restrictions.

Before arriving at the stadium, fans must complete a health declaration form for themselves and those they are attending with 24 hours before kick-off to ensure they comply with the new guidelines that will be in place to make Anfield as safe as possible for everybody present.

LFC is also encouraging supporters who are attending the game to take a COVID-19 test either the day before or day of the game. Anfield's Kop Bar will continue to be one of the city's mass testing centres and will be open on Sunday – the centre will close four hours prior to kick-off.

Fans can also find more information and guidance on the return to Anfield process on the dedicated website hub by clicking here.