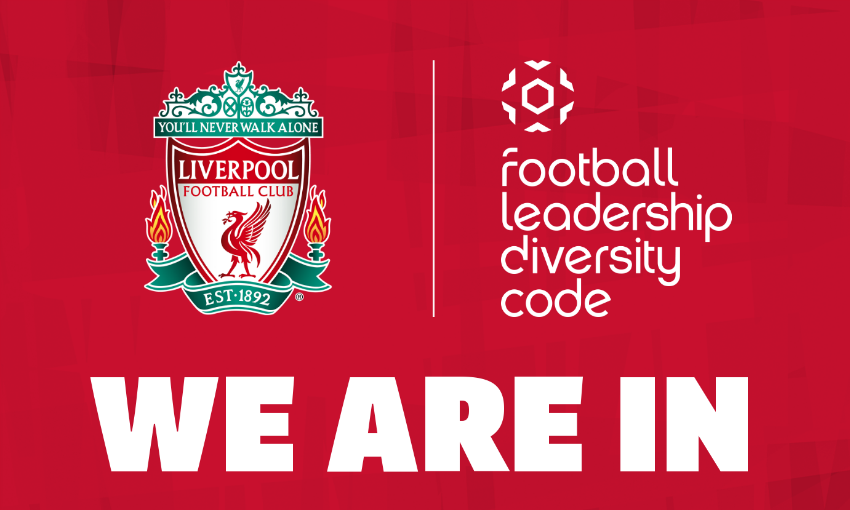 The club is a founding signatory of the new code, which has been created in collaboration with club executives, players, coaches, HR directors, media and leaders across the game to ensure English football better represents our modern and diverse society.

The Football Leadership Diversity Code, which is viewed as a starting point towards greater diversity, encourages clubs to have their own equality, diversity and inclusion strategy with aspirational ambitions and goals that reflect their club’s position and can report on annually.

The code, which is voluntary, focuses on increasing equality of opportunity with recruitment targets - rather than quotas - for coaching and leadership positions, developing talent as well as principles for overall recruitment, which will be based on merit from diverse talent pipelines.

The targets, which are designed to ensure football clubs reflect both the professional playing base and the local population’s diversity, do have significant flexibility for clubs to incorporate into their individual journeys, particularly in the current climate, which has already had a significant impact on the industry.

As part of the consultation process for the code, leading figures in football, including players such as Liverpool captain Jordan Henderson, were engaged by Paul Elliott - former Charlton Athletic, Chelsea and Celtic defender, and chair of the Inclusion Advisory Board at the FA - with the aim of talking to people with direct experiences or who have witnessed first-hand the impact discrimination has had on a teammate.

Lynne Stockton Howard, senior vice president, HR, at Liverpool FC, said: “We are proud to be a founding signatory of the FA’s Football Leadership Diversity Code, as it reflects our ambitions and commitment as a club to make both LFC and the wider football community as inclusive as possible.

“This month we launched our equality, diversity and inclusion strategy, Red Together, which provides a recognisable platform to bring our important work, messaging, achievements and ambitions in this area to the forefront. Alongside this, we maintained our Premier League Advanced Level Equality Standard in recognition of the club’s ongoing commitment to driving change.”