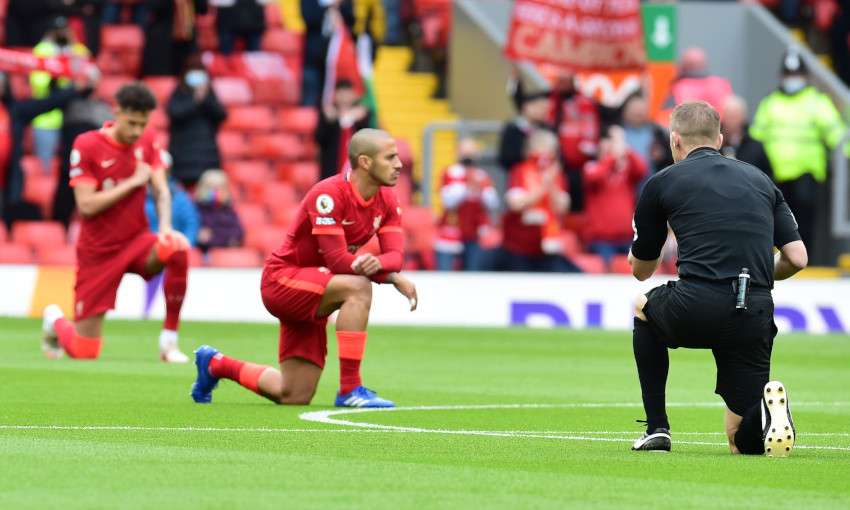 Liverpool FC's men's and women's teams will continue to take the knee ahead of matches during 2021-22, to show their support in the fight against racism and discrimination.

Since June last year, players of both Reds senior squads have joined many throughout English football in performing the powerful act of taking the knee before kick-off.

Their commitment to raising awareness and instigating important conversations by taking the knee will continue into the new season, reinforcing a clear message: prejudice of any kind is simply unacceptable, in football or in society.

“On behalf of all of the players at Liverpool, I want to restate our commitment to taking the knee in the Premier League this season and welcome the decision that was taken by the Premier League last week,” said men’s captain Jordan Henderson.

“There has been unfounded debate about why footballers are continuing to demonstrate in this way but there should be none. It is very simple – we are protesting against racism.

“The question should no longer be why are we doing it, it should be why wouldn’t we? This is a necessary response to a problem that we know exists and which we also know should not be happening.

“So I’m proud of my teammates when we take the knee and I also couldn’t have been prouder to be captain of this club when our supporters applauded us as we did so.

“It is only by doing what is right and coming together that we can achieve positive change and it is in this spirit that we will carry on taking the knee.” 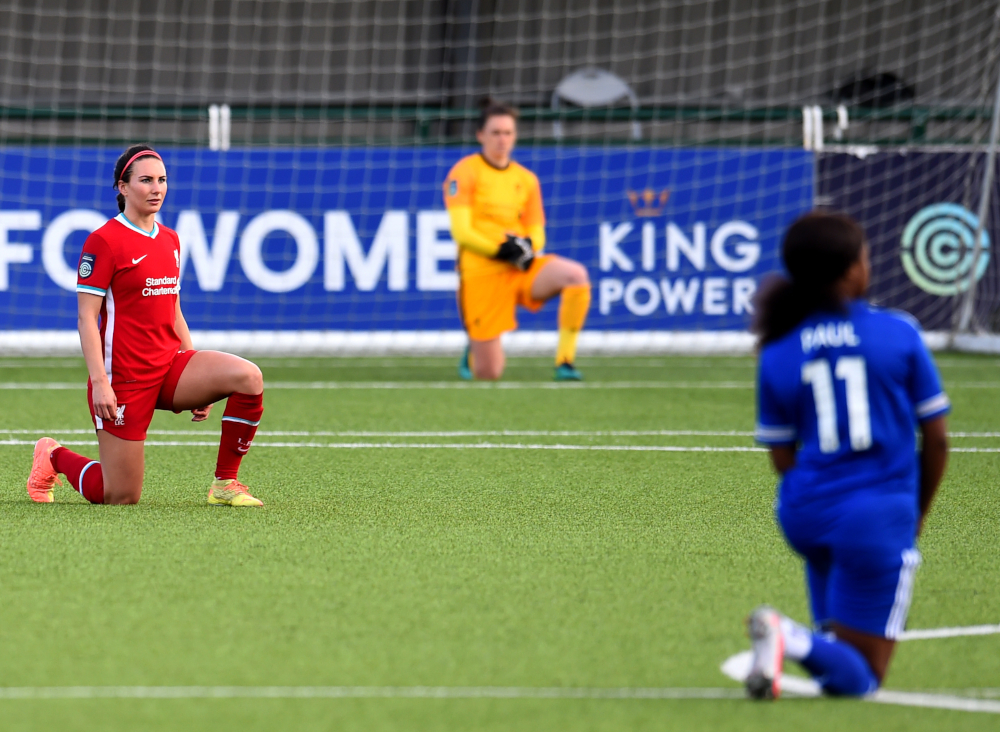 LFC Women captain Niamh Fahey said: “As a women’s team we’re pleased that the football authorities will once again support squads who wish to take the knee.

“We saw even this summer around the Euros that the scourge of racism remains not just in football but in society. It shows, sadly, that the reason we took the knee last season remains every bit as relevant this season.

“It is our way of saying there is no place for racism or other forms of discrimination in our game, and that things must change.

“We will proudly wear the Take A Stand badges on our playing shirts this season and we know our supporters will be firmly behind us when we take the knee before our games.”

This initiative – which is backed collectively by the Football Association, Premier League, EFL, FA Women’s Super League and Championship, the PFA, LMA, FSA, PGMOL and Kick It Out – will also see players and officials in each competition wear supporting sleeve badges.

In the Premier League, Liverpool will wear ‘No Room For Racism’ badges on their shirts, while LFC Women will support Kick It Out’s ‘Take A Stand’ campaign in the FA Women’s Championship – providing constant reminders of the need to combat racism and discrimination.

In April, LFC launched its own dedicated anti-hate campaign – Stop The Hate, Stand Up, Report It – which encourages and facilitates supporters in reporting incidents of racism, hate and discriminatory abuse online.

Red Together, LFC’s commitment to equality, diversity and inclusion, was also launched in October 2020.

Through Red Together, the club is aiming to be the most inclusive in football by providing fair opportunities to as many different people as possible; welcoming and meeting people’s needs in the best possible way; and ensuring environments that are free from abusive or discriminatory behaviour.