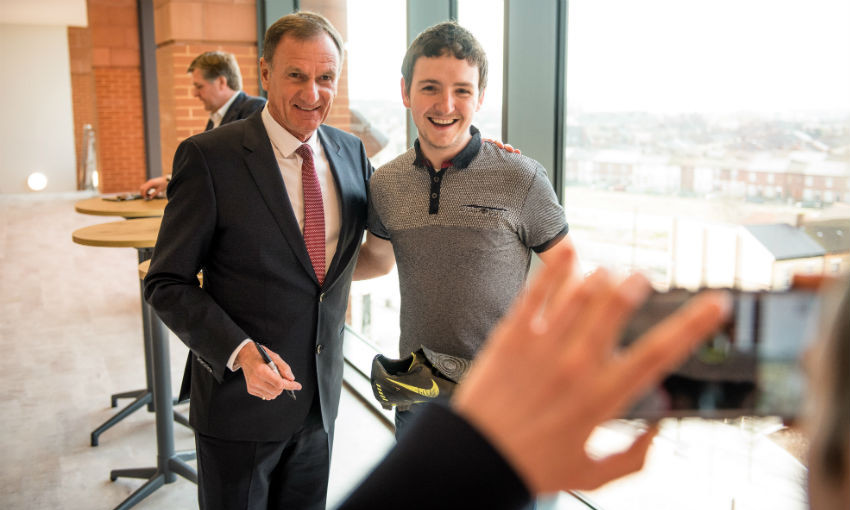 A Scouser who skippered his boyhood club to European Cup glory in 1981, Thompson made 477 appearances for the Reds in a glittering 11-and-a-half-year Anfield career.

The former centre-back then went on to coach the club's reserve team under Kenny Dalglish and was assistant manager during Gerard Houllier's reign.

Don’t miss your chance to sit back and relax in one of the Main Stand’s hospitality lounges and listen to Thompson's memories and dressing-room tales. You will have the opportunity to ask Phil any questions you may have, and meet him afterwards for photos and autographs.

Your visit also includes the LFC Stadium Tour with highlights including epic city views from the highest level of the Main Stand, the press room, the This Is Anfield sign, the players’ tunnel, managers’ dugouts and the Kop, as well as the home or away dressing rooms.

You will also stop by The Liverpool FC Story museum to see all six European Cups and The Steven Gerrard Collection exhibition - the former captain’s personal collection of footballing memorabilia.

Prices and how to book

Tickets are priced at £40 for adults, £30 for students or seniors, and £20 for children under 16 (must be accompanied by a paying adult).