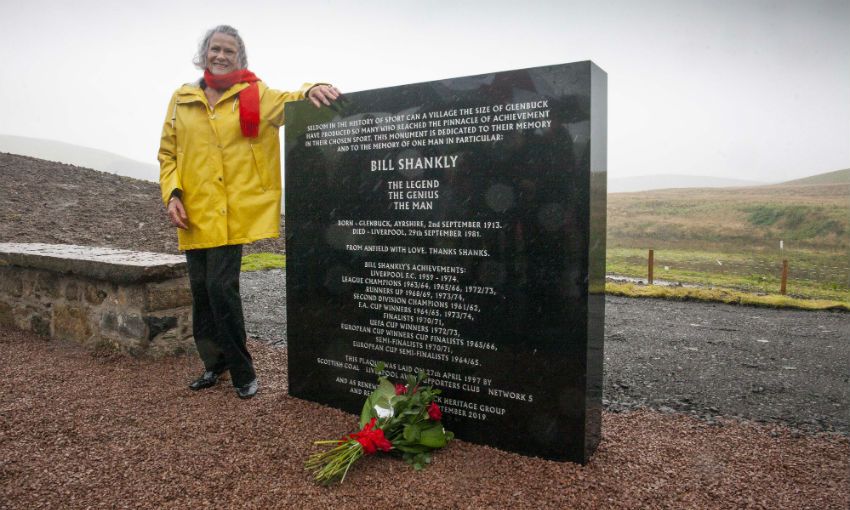 A Bill Shankly memorial was renewed on Monday in the former Liverpool manager's birthplace as part of the official opening of the Glenbuck Heritage Village.

The Scottish Mines Restoration Trust has worked to restore several former opencast sites across Scotland in recent years, with Glenbuck now a visitor attraction in order to cement the village's place in history.

Glenbuck, a village in East Ayrshire, was once home to a thriving coal mining community, but has now been depopulated for almost 50 years following the industry's decline.

But landmarks, such as the footprint of Shankly's childhood home and the football pitch the Glenbuck Cherrypickers once played on, have now been marked out to guide visitors around the former village.

A group of Liverpool supporters attended the opening on what would have been the Scot's 106th birthday.

Fergus Ewing, cabinet secretary for the rural economy for the Scottish government, said: "I am delighted to have been given the honour of opening Glenbuck Heritage Village – a celebration of the successful transformation of this historic industrial landscape into a visitor attraction that recognises the legacy of the men it produced.

"Men such as the legendary footballer and manager Bill Shankly, born 106 years ago today, who was raised in this small Ayrshire village and went on to leave an international sporting legacy."