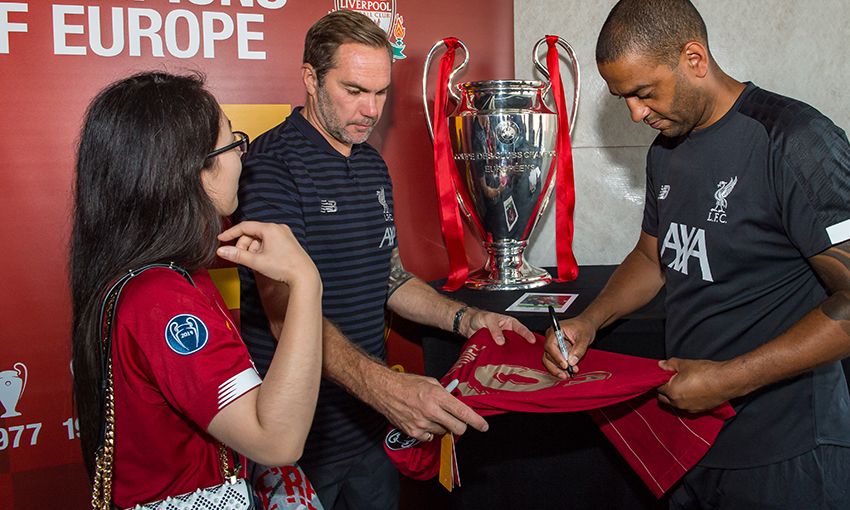 Chris Kirkland: I spoke out to help others struggling with their mental health

Liverpool Legends Jason McAteer and Phil Babb met with supporters in Geneva this week ahead of the Reds' pre-season game with Lyon.

The duo spent time with local and travelling fans who were visiting the UEFA Champions League trophy at the Stade de Geneve on Tuesday morning.

In the build-up to Liverpool's match against the French club, fans were invited to see the Reds' latest piece of silverware.

Jürgen Klopp’s men will face Lyon in the Swiss city of Geneva on Wednesday evening as their 2019-20 pre-season preparations draw to a close.

Tickets for the game are still available at www.liverpoolfc.com/geneva, as well as from the ticket office in Geneva’s Centre Commercial La Praille.

McAteer: Why we made mental health documentary