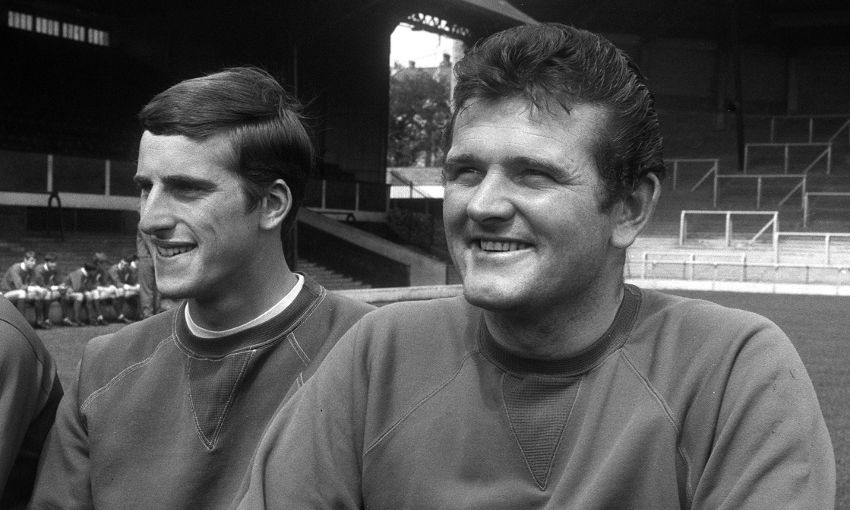 Roy Evans paid tribute to the 'gentleman' that was Tommy Lawrence following the sad news that the former Liverpool goalkeeper had passed away at the age of 77.

The Scot was the stopper in the Reds team with the distinction of having won the FA Cup for the first time in the club's history, with a 2-1 triumph over Leeds United at Wembley in 1965.

Lawrence also helped to secure two league titles under the guidance of Bill Shankly, during a spell in which he represented Liverpool on 390 occasions.

And he should be remembered not just as a great servant to the club but as an outstanding goalkeeper in his own right, according to Evans.

The former Reds manager told Liverpoolfc.com: "Tommy was an under-rated goalkeeper in many ways. He had the nickname 'The Flying Pig' but Tommy was a really good goalkeeper and his positional sense was great.

"He was a guy who was so humble and he didn't think of himself as better than anybody else – he was just one of the great guys of that 1965 FA Cup final team which will always be my favourite Liverpool team.

"I joined Liverpool in 1964 and they were all a great bunch of lads, from Tommy in goal to Ian St John up front, and they would help you whenever they could as a young lad.

"Tommy never thought about himself and he was just a really happy-go-lucky lad, and that's the way I will remember him."

Lawrence's alertness and ability to dart off his line and avert danger saw him dubbed one of football's first sweeper-keepers.

Evans added: "He actually worked it out for himself that if we were going to push further up the pitch and close people down, Tommy was alive and alert to that.

"A lot of goalkeepers learned from him and that is one of the things I think we will remember him for."

Beyond the legacy he left on the pitch at Liverpool, Lawrence will be sorely missed by all those who came into contact with him.

"We have lots of ex-player get-togethers and Tommy used to come to most of them. It was always a pleasure to see him," said Evans.

"We will all miss him. Tommy has not been well for a while now and it wasn't unexpected, but we will certainly all miss him and I just hope people realise just what a great servant he was to Liverpool for many years and what a great guy he was.