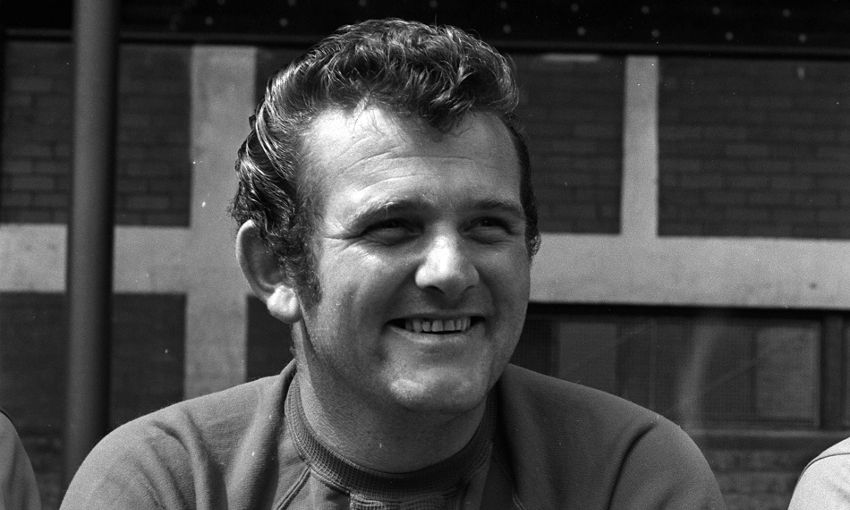 The Scottish stopper, affectionately nicknamed ‘The Flying Pig’ due to his ability to make spectacular saves despite his size, was a key member of Bill Shankly’s first great Reds side in the early 1960s.

While it was his more attack-minded teammates who often took the limelight as the club laid foundations for a spate of success, Lawrence’s skillset – one more akin to modern ‘keepers – provided a formidable final line of defence for almost a decade.

Tommy joined Liverpool as an apprentice and had to be patient before an opportunity arose, though he wasted no time once it did.

His debut came in October 1962, a 1-0 defeat at West Bromwich Albion, and it was a rare occasion when Lawrence wasn’t between the posts during the eight years that followed.

A heavy build took nothing away from the Scot’s shot-stopping, as his playful moniker suggests.

Indeed, if opponents were not being thwarted by his eye-catching dives and acrobatic stops, they were left confounded by Tommy’s fleet-footed rushing off his line to snuff out potential danger – the sweeper-keeper of his era.

His talent was matched by his consistency. Lawrence missed only four league matches in the six seasons between 1963 and 1969, including three ever-present campaigns.

Having already helped Shankly’s team to championship glory in 1963-64, the goalkeeper was involved throughout the Reds’ run to a much-desired maiden FA Cup triumph the following year and played every game when the title was reclaimed in 1965-66.

Though Liverpool’s fortunes began to change as Shankly constructed the second all-conquering side of his reign, the boss could still depend on Lawrence and a then-record low of 24 league goals were conceded in 1968-69.

History often repeats itself and at the beginning of the 1970s, as it once had been his, it was the turn of none other than Ray Clemence to take the No.1 shirt.

So, with 390 appearances and three major trophies to his name at Anfield, one of the most popular and respected goalkeepers in LFC history took his acrobatics across to Tranmere Rovers in 1971.

There he clocked up another 80 league appearances before signing off his football career with non-league Chorley and then taking up the role of a factory quality controller in Warrington until his retirement.

The thoughts of everybody at the club are with Tommy’s family and friends at this sad time.