Thursday marks 40 years to the day since Kenny Dalglish began his association with Liverpool Football Club.

To mark the anniversary of the day Dalglish signed for the Reds, Liverpoolfc.com sat down with ‘The King’ for a comprehensive look back on his illustrious Anfield career.

Here, the Scot charts his journey from 15-year-old trialist to club legend… 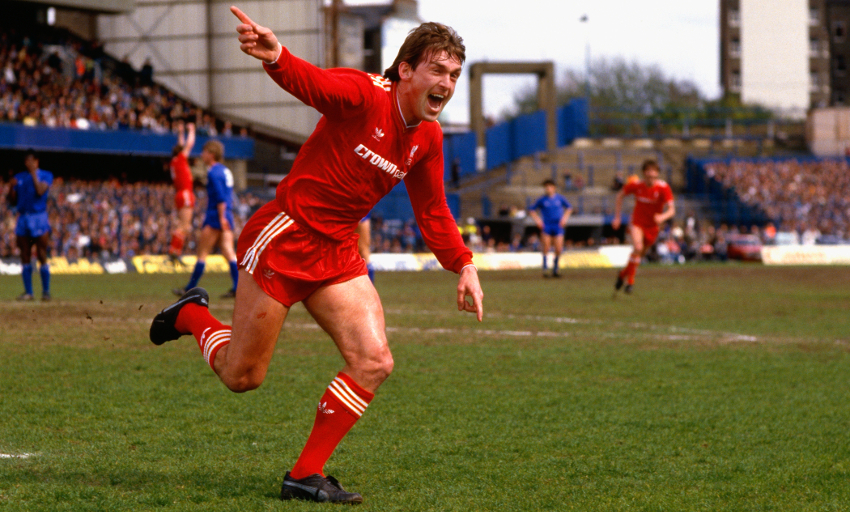 Dalglish’s arrival at Liverpool had been over a decade in the waiting. Eleven years before he swapped Celtic Park for Anfield in a British record transfer, he had visited Merseyside for a trial in 1966.

“I came to Liverpool when I was 15 years old - I came down here on trial with a few boys from Scotland. I played a match and I was asked to come back down for a couple of weeks. I was only 15 and Shanks was here at the time and Reuben Bennett, and they said they wanted to sign me.”

At the time, leaving his hometown of Glasgow felt like too big a step for a young teenager still to make his way in the game. But the impression made on Dalglish by a certain fellow Scotsman had been sufficient to convince him that Liverpool would be his ideal destination when he felt ready to leave Celtic.

In 1977, when Bob Paisley paid a fee of £440,000 to secure the signature of Dalglish, who won four league titles with Celtic, the decision to make the move was therefore a straightforward one.

“Shanks was responsible for everything that was done, all the principles that were put in place, the attitude and the thoughts and the commitment of the players and that hadn’t changed. So when I was moving from Celtic this would have been the first place I would have hoped to have got a chance to come. They came in for me and it was a no brainer for me to move back here.” 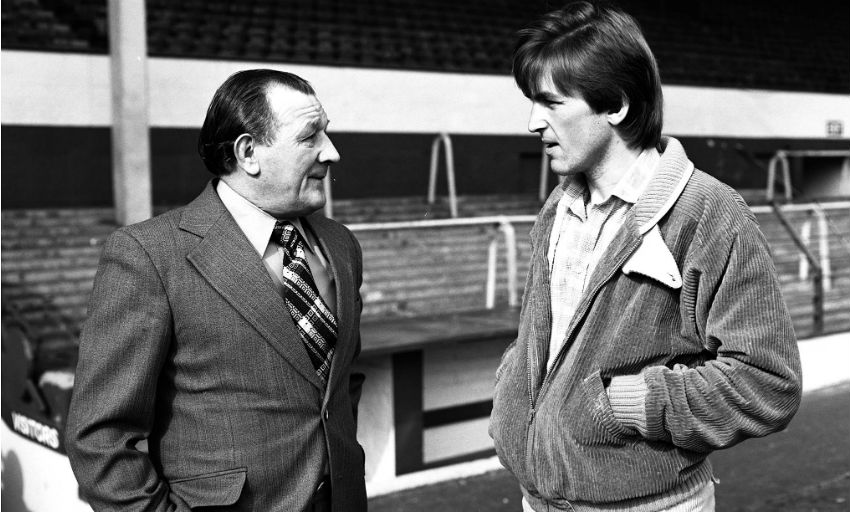 For Dalglish, the cultural similarities between Liverpool and Glasgow meant it was easy to settle into his new home.

“Coming from Glasgow, I think it’s [Liverpool] very similar. They had the shipyards which were both very active at that time, they had people whose humour and commitment was the same, two football clubs who were high profile in the city and great rivalry, so it was almost like just moving down the road a bit for me.”

Over the following 14 years, Dalglish would win a remarkable nine league titles, three European Cups, three FA Cups and four League Cups as a player and a manager with Liverpool.

European success was of particular importance to Dalglish, who had set his sights on continental glory as a primary aim when he made the move to Anfield in 1977.

“We never got carried away with the success that we had. When I came here Liverpool had just won the European Cup and that was something I was always looking forward to try winning, a European trophy. When I came here they were equally as determined to retain it.”

And Dalglish achieved that in his first season as he scored a delightful winning goal to ensure Liverpool defeated Club Brugge 1-0 in the 1978 European Cup final at Wembley. 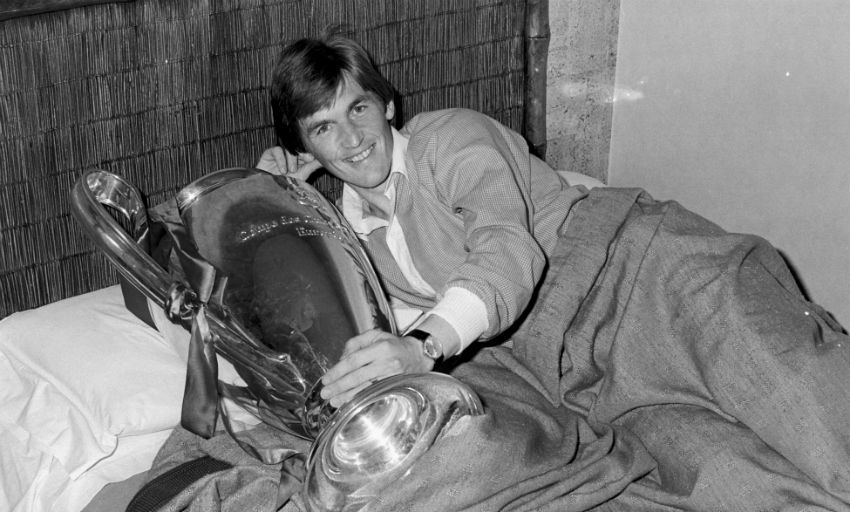 Given the vast array of triumphs throughout his career, there are plenty of special memories and achievements for Dalglish to recall. One particular occasion stands out, however, for its symbolic importance during a period of mourning for the people of Liverpool following Hillsborough.

When asked about the highlight of his career, Dalglish selects 1989 FA Cup final as a game which represented more than just a sporting success, as it also displayed the deep sense of pride and unity of an entire city, as Liverpool defeated Everton 3-2 after extra-time in an emotional Merseyside derby at Wembley.

“I think the one that was most poignant was winning the FA Cup in 1989 in the year of Hillsborough. Obviously for a lot of the wrong reasons, but I think that was really important for everybody. I think at the time it was highlighted that Liverpool Football Club is a club for everyone.”

Dalglish oversaw that game from the sidelines having taken up the post of player-manager in 1985, succeeding Joe Fagan.

Far from feeling alone in coping with the added responsibility, Dalglish recognises the invaluable support he received from the experienced backroom staff around him at the time.

“I had a tremendous staff. When you think [I had] Ronnie Moran and Roy Evans, they stayed on. There was Bob Paisley who was coming in to baby sit me and old Tom Saunders, who was a very intelligent man and was always in and around the football club. He was somebody who was hugely knowledgeable about football, hard-working and very thoughtful and he would always come up with a rationale.” 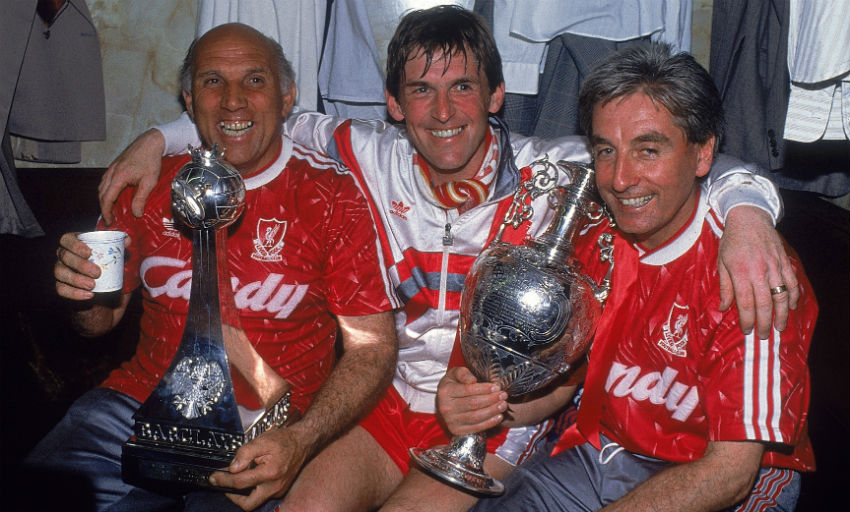 His stepping down from his role in 1991 marked the end of an extraordinary spell at Liverpool, which would ensure Dalglish’s name will forever go down as one of the club’s true greats.

It was not a call that came easily to Dalglish, but ultimately one which would take into account what was best for both himself and the club.

“It was a really difficult decision, it was fortunate I could make a decision. You’ve got to have a person who gets more decisions right than wrong, and at that time I was making a decision and then going ‘well maybe that’s not right’ and trying to step back from it, so for me it was the right thing to do for myself and for the football club.”

One chapter came to an end, but it was never truly farewell as another one began 20 years later when Dalglish made a return as Liverpool boss in January 2011.

“To be asked to come back there is no way you are going to say no. I was on boat somewhere off Dubai and they organised for me to come back. Melwood had obviously changed a lot but for me the principle hadn’t changed. It’s Liverpool Football Club, I know what it stands for and they knew me. I don’t think it was ever going to be too long term but while I was there it was fantastic. I felt really good and proud and privileged to be back managing the football club.” 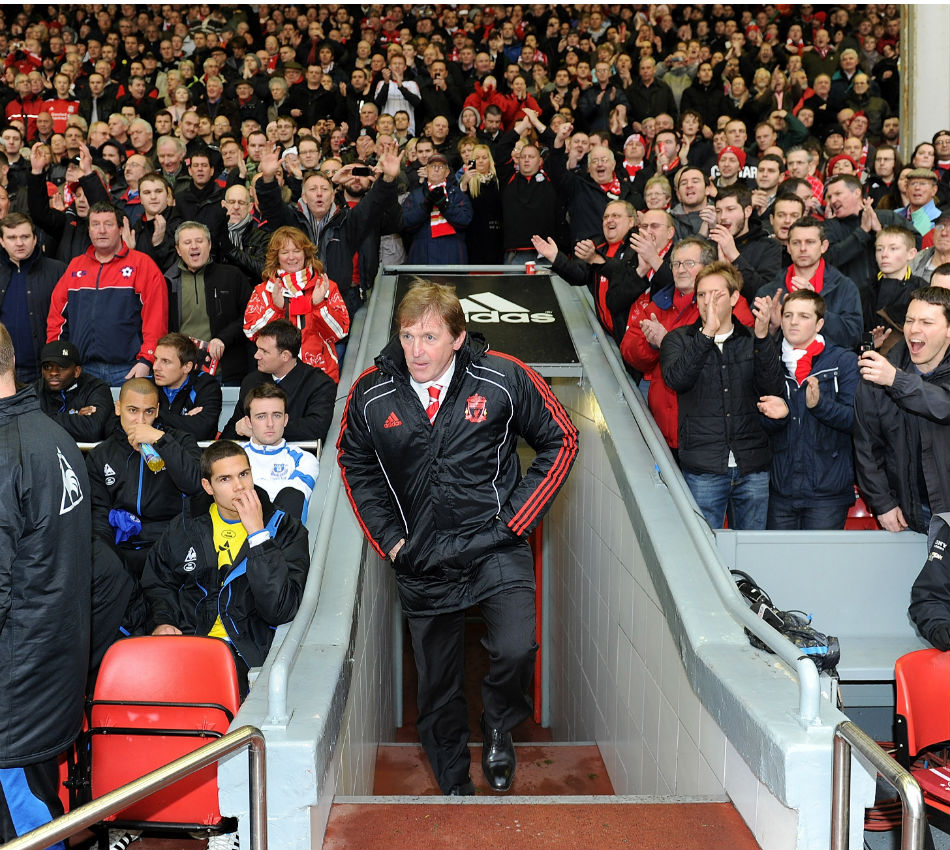 While Dalglish built his reputation on his footballing talent and the titles he helped win, his time at the club and on Merseyside has also been of wider importance beyond his sporting career. Having been an adopted Scouser for the last 40 years, Liverpool now feels very much like home - somewhere he truly belongs.

“I think it’s a club that has achieved for us as a family. The club have always been very close to all our hearts and it’s nice to think that 2011 is a close indication of that when I wasn’t too far away from their thoughts either when I was back here working, so the 40 years have been fantastic.

“My kids regard this area now as where they were brought up so this is their area, and for us this is our home now. Both Marina and I are very proud to be Glaswegians, born and brought up there, but we are equally proud to be adopted Scousers as well, so the 40 years has passed in the blink of an eye really.”

So, four decades on from his arrival at Anfield, what does Liverpool Football Club mean to Kenneth Mathieson Dalglish?