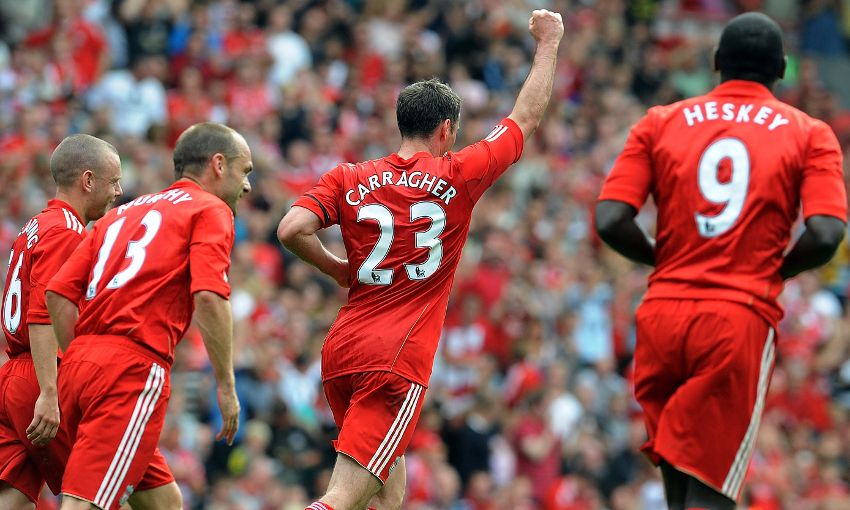 Inside Anfield: Go behind the scenes of Legends clash

"He was born to play centre-half."

Few, if any, would disagree with that description of Jamie Carragher.

It comes from Jan Molby in episode two of ‘Premier League Heroes’ – which tells the story of the man who has made the second-highest number of appearances in the club’s history.

Carragher left nothing on the pitch across his 737 games for the Reds, with his fierce tackling and astute reading of the game matched by an enormous desire to drive his team to success.

He tasted plenty of it, too: the drama of Champions League glory in 2005 and the cup treble of 2001, plus another FA Cup and two more League Cups to boot.

In the new show, an esteemed cast of former teammates, managers, friends and pundits chronicle the career of a Bootle boy who became one of the most reliable central defenders in European football.

“He’s an icon to many young players trying to make it into Liverpool’s first team,” says Reds captain Jordan Henderson. “Even the ones in the first team now, a lot of us look up to him.”

Catch ‘Premier League Heroes’ on LFCTV, which is currently available free of charge to Sky and Virgin Media customers in the UK and Republic of Ireland.