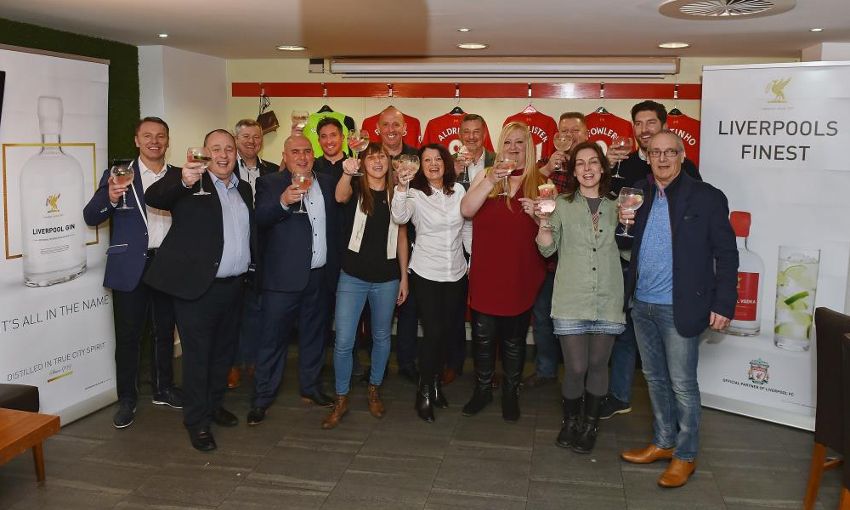 Liverpool FC has today announced a partnership with Halewood Wines and Spirits, maker of Liverpool Gin and Liverpool Vodka.

The three-and-a-half-year deal will see the Liverpool-based craft distillers team up with the club as an official partner, to boost export sales of its products, in turn creating jobs and increasing international brand recognition.

Halewood Wines and Spirits will also benefit from the Reds’ reach through digital marketing and social media channels, as well as other promotional activity.

Fans will be able to enjoy Halewood’s premium spirits and other products in Anfield’s world-class hospitality lounges, the Boot Room Sports Cafe and at LFC conferences and events.

Billy Hogan, the club’s managing director and chief commercial officer, said: “Halewood Wines and Spirits is a proud, local Liverpool brand with a rich sporting heritage which reflects a great synergy with the club.

“We look forward to a long and successful relationship with Halewood as they continue to grow their brand internationally from our region.”

Stewart Hainsworth, group CEO of Halewood Wines and Spirits, said: “Halewood has grown up in Liverpool, we’re proud to be here and want to use our growing high-quality spirits portfolio, alongside one of the world’s best football teams, to put an even brighter spotlight on the city.”

Halewood Wines and Spirits has also become a match sponsor of the Liverpool FC Legends v Real Madrid Legends event, which will take place at Anfield on Saturday March 25.

To celebrate LFC’s partnership with Halewood, the club recently invited 10 unsuspecting fans from official supporters’ clubs on a special gin journey around Liverpool.

Little did they know, Reds legends John Aldridge, Robbie Fowler and Gary McAllister were in on the act and waiting to surprise them with special gin cocktails at various stops along the way.

Watch the video below to find out more.