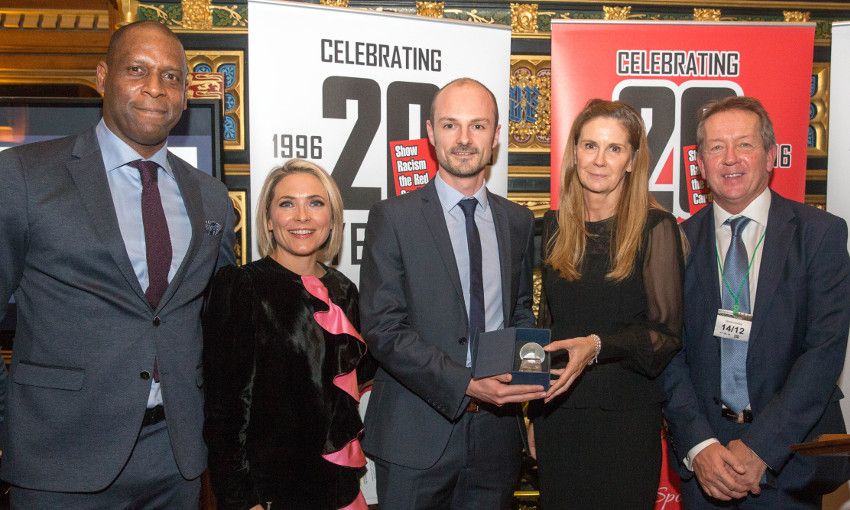 Liverpool Football Club has been welcomed into Show Racism the Red Card’s Hall of Fame.

The club, which is the first in the Premier League to receive this honour, accepted the award at the anti-racism charity’s 20th anniversary celebrations at the Houses of Parliament last week.

The event inducted supporters, patrons and sponsors of Show Racism the Red Card (SRtRC) into their Hall of Fame under five different categories including Football Clubs and Managers, Current and Former Professional Footballers, Commitment to Education, Trade Union Supporters and Campaign Supporters.

LFC has worked with and supported SRtRC for many years and recently hosted its annual educational event for over 100 local school children at Anfield for the tenth year running.

Simon Thornton, equality and diversity advisor at LFC, said: “On behalf of the club I would like to thank SRtRC for welcoming us in to their Hall of Fame, which we are extremely proud to be a part of.

“We are very passionate about tackling all aspects of discrimination and promoting equality, diversity and inclusion both on and off the pitch. It’s fantastic that our hard work has been recognised and rewarded by SRtRC.”

"The Hall of Fame is a way of thanking some of our key supporters, patrons and sponsors for all the time they have given to the charity over many years.”