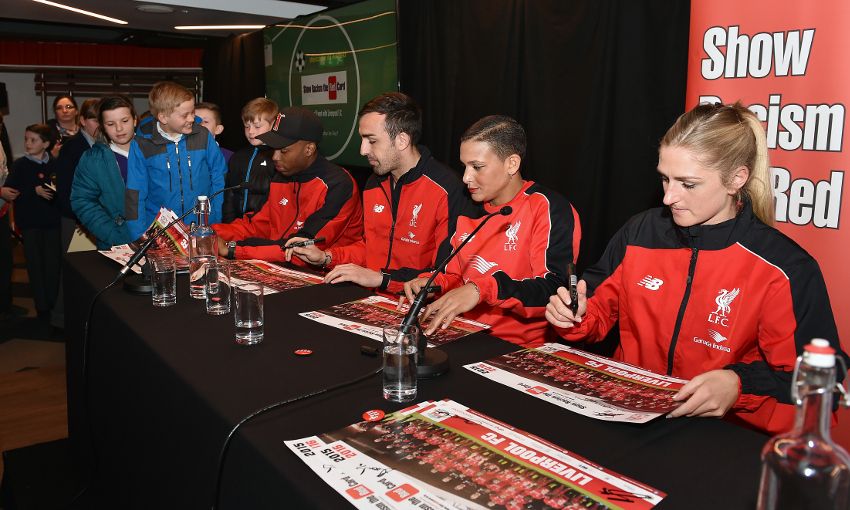 SRtRC is an anti-racism educational charity that utilises the high-profile status of football and its players to help tackle racism in society.

The event - which was held in the Reds Suite at Anfield - brought together local school pupils with current and former players, giving them the opportunity to experience a first-hand interaction with anti-racism role models and spend time thinking critically about this important issue.

Pupils also took part in an anti-racism workshop, watched a screening of the official SRtRC film and participated in an interactive question-and-answer session.

Sturridge said: “It is so important to educate young people about racism, the damage it can cause and teach people to recognise and celebrate difference. I believe regardless of race, you cannot justify racism. Young people should be proud of who they are no matter what others say.”

Liverpool Ladies and England international Coombs added: “It is fantastic that the club supports events such as SRtRC. It was great to see the smiles on the children’s faces and important to discuss key issues surrounding racism. It is vital that young people try to learn from other cultures and understand other people.”

Ged Grebby, chief executive of SRtRC, said: “The campaign has a great relationship with Liverpool FC and they have continued their fantastic support for SRtRC season after season.”