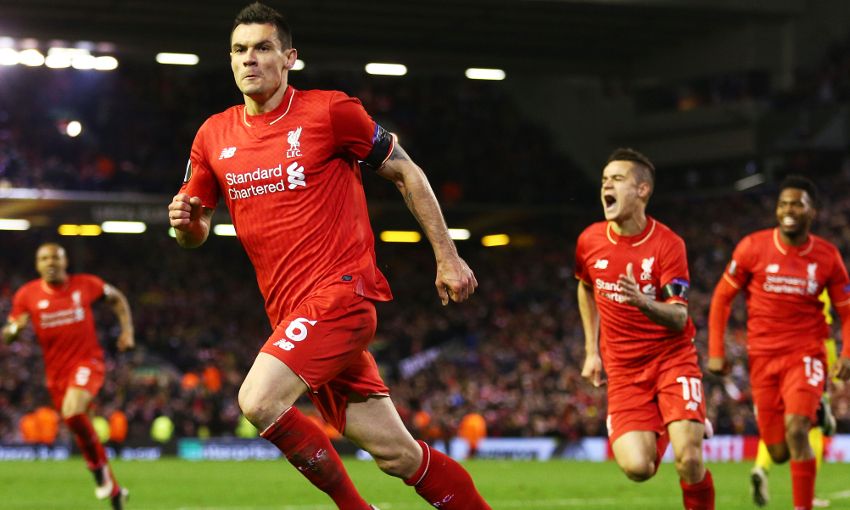 Liverpool Football Club have teamed up with BT Sport to offer supporters the unique opportunity to come together in the city of Liverpool to watch the UEFA Europa League final on giant screens at the Echo Arena.

The exclusive event on Wednesday May 18 will form part of BT Sport and LFCTV’s separate Europa League final coverage.

Those supporters who were unsuccessful in Monday’s match ticket ballot will have first option on purchasing up to two tickets for the special screening event of the big game.

Doors at the Echo Arena will open at 6pm BST with 9,000 tickets available costing just £5.

Ticket proceeds will be donated to the Liverpool FC Foundation to support the charity’s community programmes and partnerships across Merseyside, and BT Sport’s charitable initiative, The Supporters Club.

The news follows BT Sport’s announcement that it will screen the UEFA Europa League final on its Freeview BT Sport Showcase channel. The match will also be shown live on YouTube at youtube.com/btsport and bt.com. The final has never been made available for free on the video platform before.

There will be a carnival atmosphere with pre-match entertainment at Echo Arena Liverpool and refreshments will be available like other major events.

Priority tickets for the live screening will be available to supporters who were unsuccessful in the official ballot from the Echo Arena Liverpool website until 9am on Friday May 13.

Tickets will then go on general sale from the Echo Arena Liverpool while stocks last.