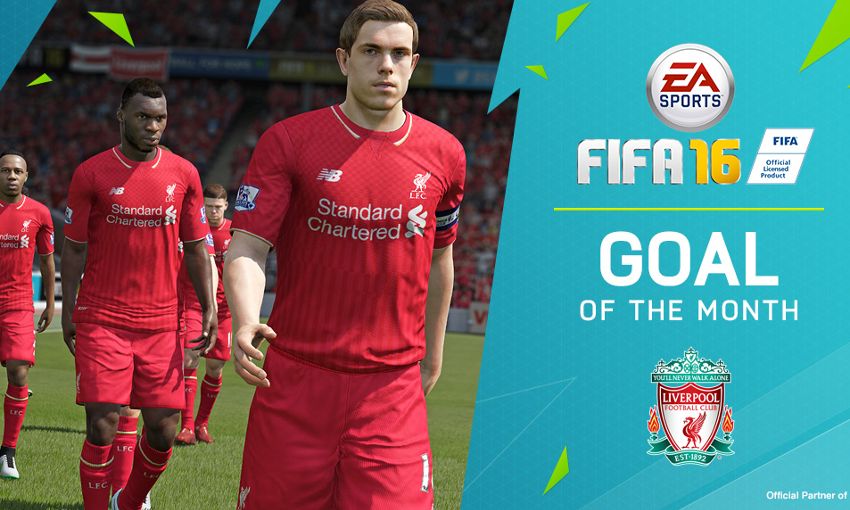 It is once again time to have your say on the FIFA 16 Liverpool FC fan Goal of the Month award – with five more brilliant strikes shortlisted for the latest prize.

This is the final round of the season and the supporter who receives the most votes in our online poll will join four others in contention to be chosen as the overall champion by Reds captain Jordan Henderson.

The grand prize winner will be rewarded with an Xbox One console, a squad-signed Liverpool home shirt and two tickets to the Anfield clash with Watford in the Barclays Premier League.

Check out the five nominations for this month in the video below and scroll underneath to immediately have your say on the best effort with our online poll.