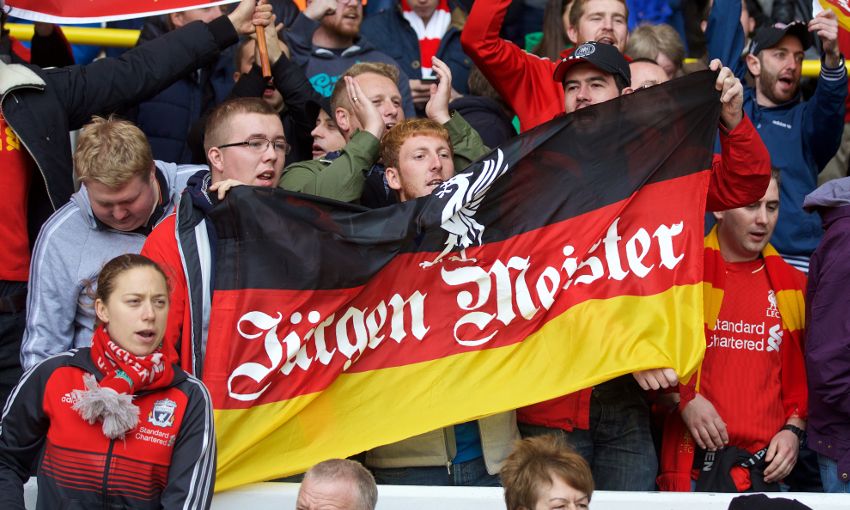 Your chance to win dinner with Jürgen Klopp

Liverpool FC today launched an official German-language Twitter feed to bring all of its German-speaking fans a step closer to Anfield.

@LFC_Deutsch will be the go-to source for news and commentary from the club in German and becomes the 52nd social media platform added to the Reds’ growing roster – which caters for its supporters across the world.

Since the appointment of manager Jürgen Klopp, digital traffic from Germany has increased significantly, making it the second most visited international country behind the United States.

Matthew Baxter, chief media officer at Liverpool, said: “The club has a fantastic supporter base in Germany and it is no surprise that since the arrival of our manager, the relationship with our German community continues to grow.

“Our new German-language Twitter feed will bring that news direct to the fans in their own language, bringing them even closer to Anfield.”

#TweetToMeet: Your chance to meet your LFC hero

Showcase your design skills with #MyLFCMatchdayImage