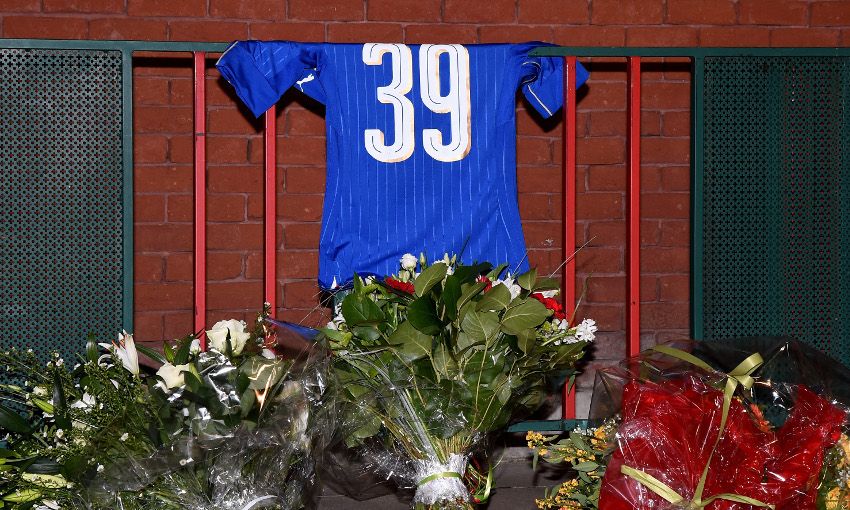 The Italian national team paid a touching tribute to the victims of the Heysel Stadium disaster after their arrival in Belgium for an international fixture on Thursday evening.

The two sides will contest a friendly at the King Baudouin Stadium, formerly Heysel Stadium, in Brussels at 7.45pm GMT on Friday.

On May 29, 1985, 39 football fans - mostly Italians - perished at the European Cup final meeting between Juventus and Liverpool at the same venue.

The Italian Football Federation (FIGC) have collaborated with the Belgian Federation ahead of Friday's game to mark the 30th anniversary year of the tragedy.

On Thursday evening, the Italian national team, representatives of both the FIGC and Juventus, and relatives of the victims of the Heysel disaster, laid flowers at the memorial located at the stadium.

Andrea Lorentini, whose father Roberto sadly died at Heysel, was among those paying their respects.

See a selection of pictures from the commemorations below

The FIGC have also agreed to 'retire' the Azzurri's No.39 shirt as a permanent tribute to those who died, as proposed by president Carlo Tavecchio.

Prior to kick-off on Friday, both sets of players will hold up a commemorative banner as a special announcement is made.

The 39th minute of the game will also see play temporarily halted for a period of reflection as the names of each fan who died is shown on the stadium's screens.