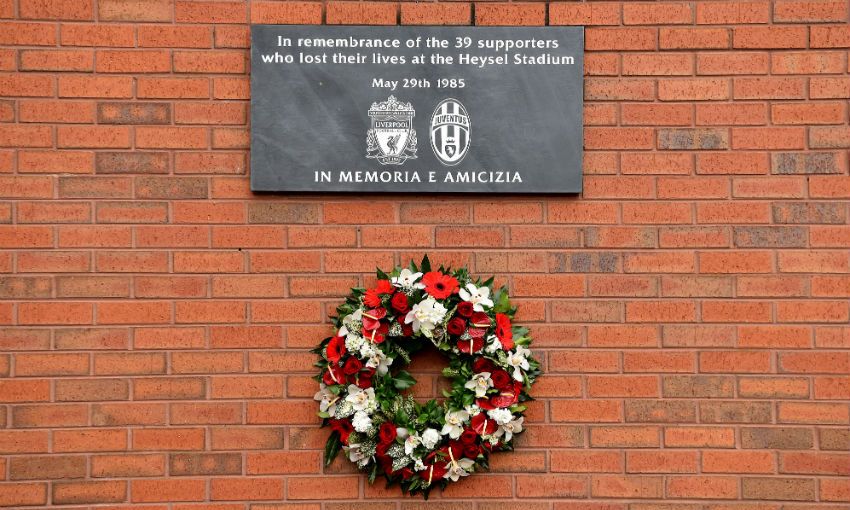 Liverpool FC remembers the 39 football fans who lost their lives at Heysel Stadium in Belgium on this day 34 years ago.

As a mark of respect to those who died, a floral tribute was placed beside the Heysel memorial plaque on the Sir Kenny Dalglish Stand at Anfield this morning on behalf of the club by director of communications Susan Black. 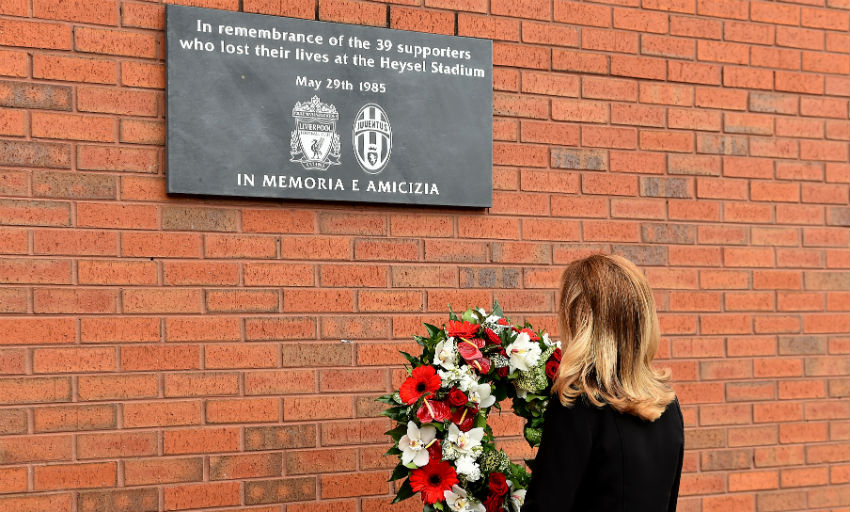 “Today is an important day as we commemorate the 34th anniversary of the tragedy that unfolded at Heysel,” said Black.

“Heysel will be forever in the minds of everyone connected with Liverpool Football Club and we will always remember those who lost their lives. We use this moment to pay our respects to all those who were impacted by the events of that day.”

Flags across all club sites are being flown at half-mast throughout the day, and access to the Heysel memorial plaque has been made available to the public via the Anfield Road entrance to the Sir Kenny Dalglish Stand.