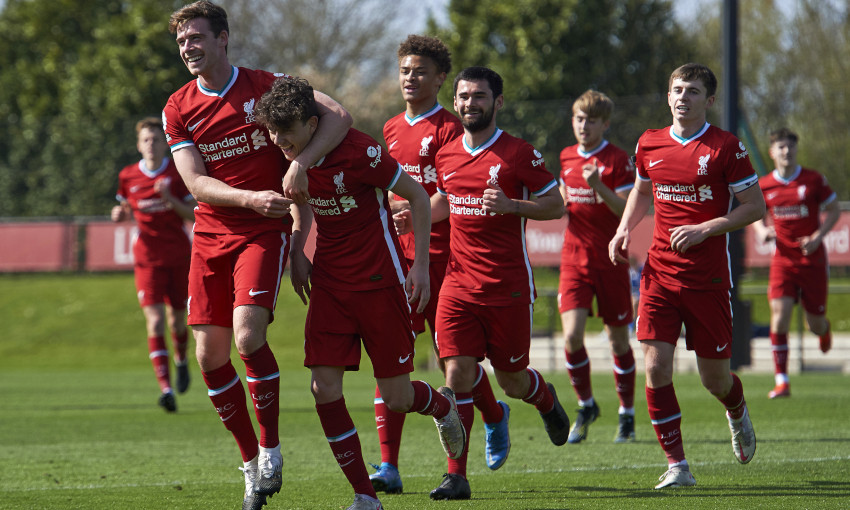 Evan Ferguson gave the visitors an early lead their first-half football merited, but Joe Hardy restored parity just two minutes after the break at the Academy.

And neither Liverpool or Beck were finished – the full-back thumped in a sensational finish on 79 minutes to seal the comeback and secure three points.

Brighton made the first imprint on the scoresheet as the clock ticked into the eighth minute.

Remi Savage was pressured in his own half by Teddy Jenks as he looked to play forward and, having been forced to instead go back, sent his pass towards the goalkeeper straight to Ferguson, who strode into the box and swept a rising finish past Liam Hughes.

The Reds required a short spell to shake off their disappointment before fashioning their best chance of the half. 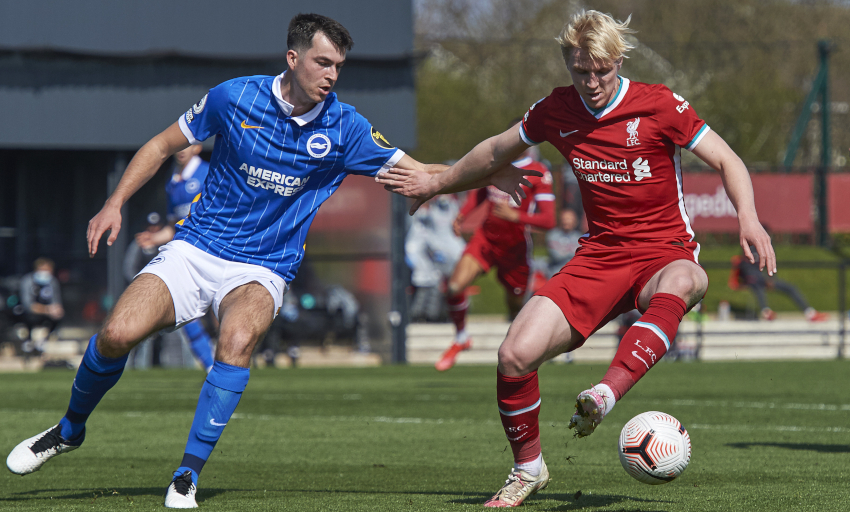 Elijah Dixon-Bonner lofted a pinpoint ball from deep into the opposition area, where Ben Woodburn controlled in space and chose to tee up Luis Longstaff.

Brighton got bodies around the Liverpool forward, who eventually tried to flick a shot in off his heel but saw it deflect wide.

LFCTV GO: Watch the best of the Brighton action

The away side should have doubled their lead seconds before the break, though.

Ayo Tanimowo found a pocket of space at the right edge of the Liverpool box and threaded in a low cross that Danny Cashman could only touch against the left post on the stretch.

Jake Cain replaced Leighton Clarkson at the start of the second half – a pre-planned change – and almost immediately helped the Reds equalise.

The substitute was fed the ball by Woodburn 20 yards out and turned it into the surge of Beck off the left into the area. His touch ran to Hardy and the striker clinically thudded a strike inside the near post. 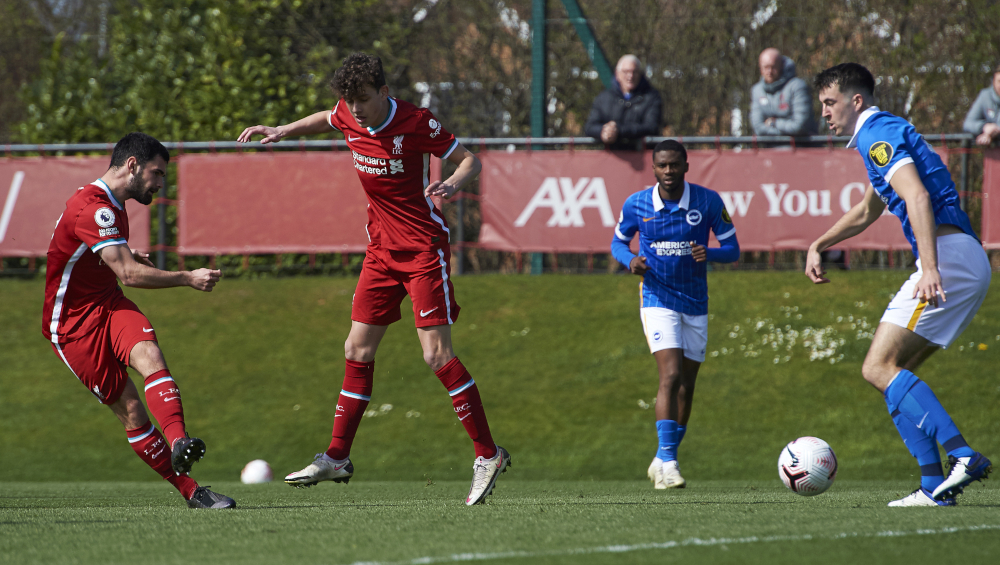 Hughes denied Ferguson’s low hit when slid through by Romaric Yapi, a Hardy reverse shot from the ‘D’ drifted inches wide and Ed Turns headed against the woodwork from a Brighton free-kick.

A goal was clearly coming and it was the visitors who grabbed it on 57 minutes.

Tanimowo was the architect again, breaking down the right and delivering a ball that Yapi could not convert at the near post but Ferguson tucked home at the far.

Back came the Reds and Hardy drew a careful stop from Rushworth with a blast from a narrowing angle down the right, before a second leveller came from the other flank.

An overload on the left wing allowed Beck to scamper to the byline and guide a fine assist into the middle for Gallacher to drill in with his first touch.

Remarkably, the two full-backs then combined in reverse to create a fabulous winner for Liverpool.

Gallacher hooked a looping pass from the right channel to his teammate and Beck superbly accelerated past Tanimowo before walloping the ball over Rushworth and under the crossbar to clinch victory.