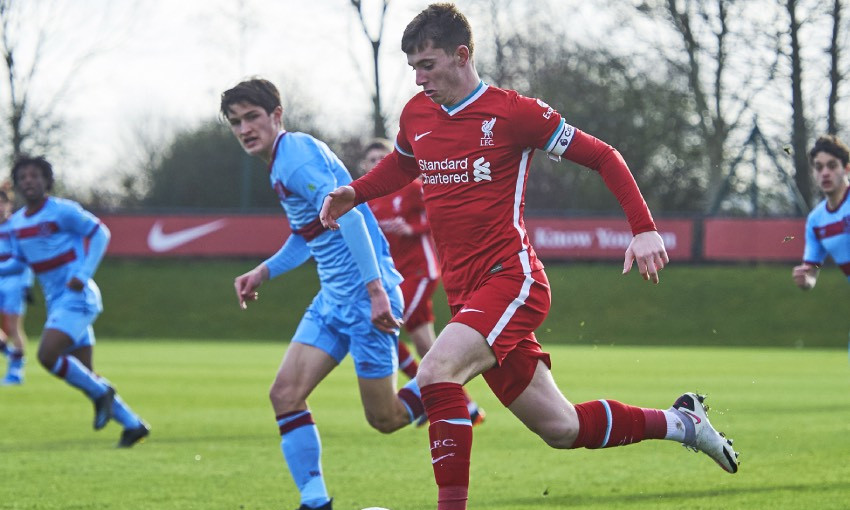 A Kai Corbett shot deflected in off Reds defender Morgan Boyes to give the Hammers the lead at the Academy after 14 minutes of play.

But Conor Bradley got Barry Lewtas' side back on level terms with a brilliant finish towards the end of the first half as the sides ended up sharing the points.

However, the game was overshadowed by an injury sustained to Layton Stewart that required him to be stretchered off midway through the second period.

Liverpool's high press from the start saw West Ham penned back towards their own goal, though the visitors managed to break free and open the scoring against the run of play.

After latching onto a ball in the right channel, Corbett watched his resulting shot take a wicked deflection off Boyes and loop over Jakub Ojrzynski.

Ben Woodburn and Elijah Dixon-Bonner then forced the Hammers' goalkeeper into saves, with Dan Chesters firing just wide at the other end in between those Liverpool efforts.

But parity was restored five minutes before half-time courtesy of a fine strike from Bradley. 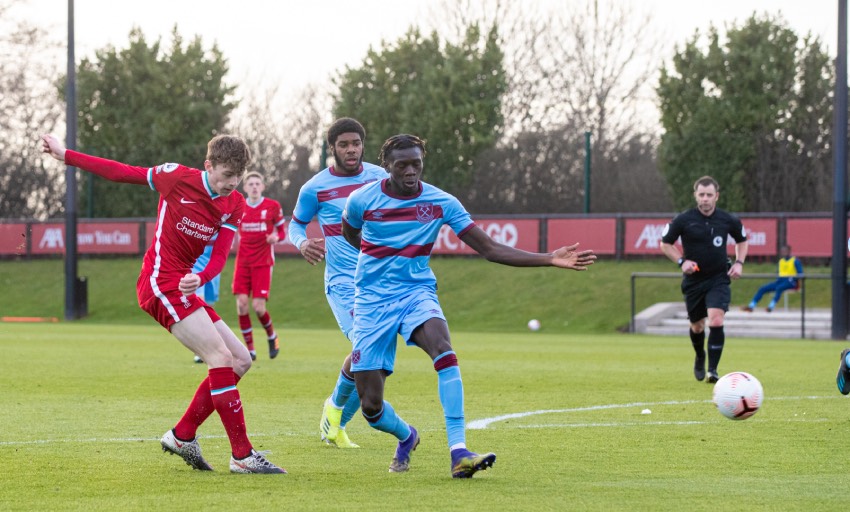 The full-back picked up the ball following Tyler Morton's blocked shot, created a bit of space for himself in the penalty area and then drilled a low strike into the far corner from a tight angle.

In the early stages of the second half, West Ham had a goal ruled out due to offside before Boyes couldn't guide a header on target from Jake Cain's corner.

But there was then a considerable stoppage in play when Stewart required lengthy medical treatment following a duel with a defender.

When the action did resume, Jayden Fevrier went close to putting West Ham back in the lead.

Liverpool pushed for a second goal and Owen Beck's powerful shot after a Joe Hardy lay-off was tipped over for a corner prior to the eight minutes of added-on time.

West Ham's Bernardo Rosa came closest to finding a winner in injury time with a speculative effort in the aftermath of the corner, which thankfully went over for the young Reds.