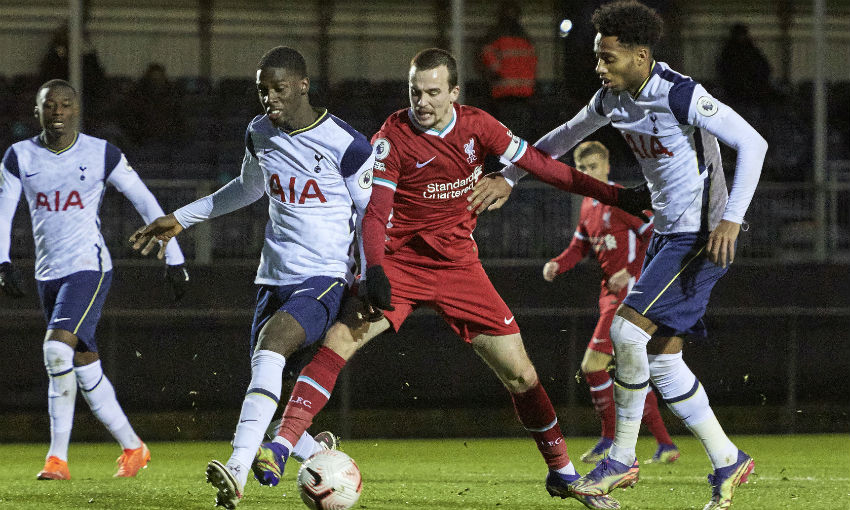 The young Reds fought back three times at the Academy as they were then beaten by Jack Clarke's long-range winner deep into stoppage time at Kirkby.

Owen Beck recorded a hat-trick of assists – setting up goals for Liam Millar, Tyler Morton and Jack Bearne – but it wasn’t enough for Barry Lewtas’ side. 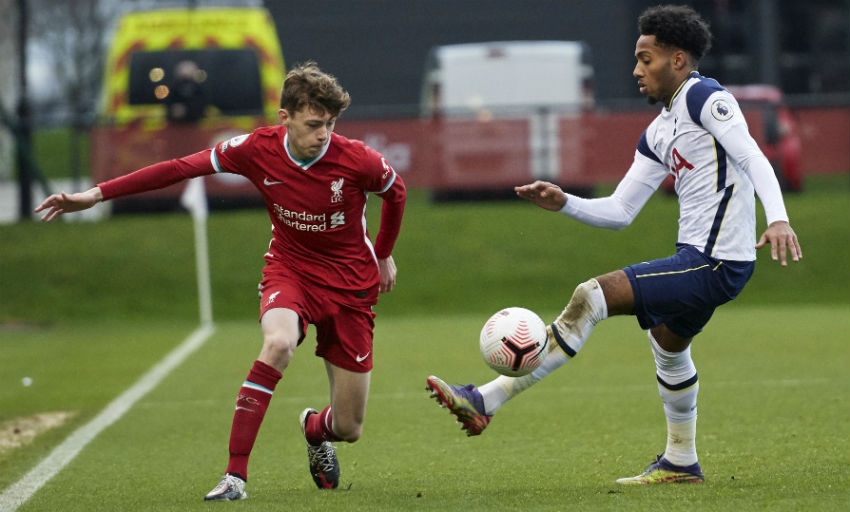 Spurs had taken the lead in the contest after two minutes through Jubril Okedina before Millar netted an equaliser in the 10th minute.

Brooklyn Lyons-Foster quickly put the hosts back in front, but Morton's emphatic finish saw the first half end 2-2.

Shortly after the restart, Okedina headed in his second of the day from a corner. But Beck would go on to deliver his third assist when his ball into the box from the left was tapped in by Bearne in minute 52.

Clarke's unstoppable effort clinched the three points for Spurs, though they did survive a late scare before that when Remi Savage's back-post header from a Leighton Clarkson free-kick went wide.

Reacting to the game, U23s boss Lewtas told Liverpoolfc.com: "I thought the lads were excellent today and we played some really good stuff.

"To lose so late on is tough to take but performance-wise I was happy overall. I wasn’t happy with our performance last week against Blackburn but we did well today.

"It’s disappointing to concede three goals from set-pieces but we’ve got a young side and they will learn from that. We created some good chances, so to lose the game is tough to take.”