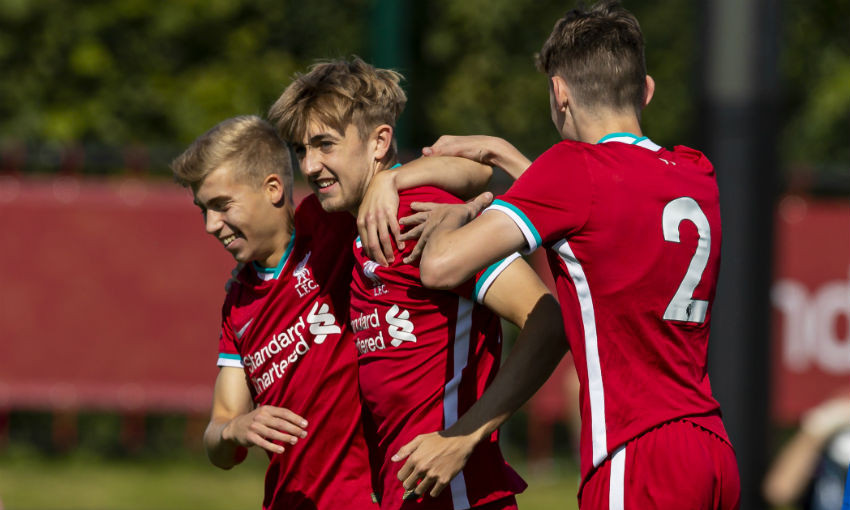 Liverpool U23s produced a strong showing to beat Salford City 5-0 in a friendly at the Academy on Thursday afternoon.

Jack Bearne and captain Liam Millar were on the mark in the first half for Barry Lewtas' side at Kirkby.

Bearne grabbed his second of the day following half-time and was then joined on the scoresheet by Jake Cain and Fidel O'Rourke.

In further positive news, the match also saw Herbie Kane and Joe Hardy feature as the pair made a return from injury.

The young Reds went up after four minutes when Millar beat two Salford defenders on the left and squared for Bearne at the back post to finish.

Their lead was doubled in minute 18 when Millar dribbled beyond four opponents before cutting in from the left and firing beyond the goalkeeper.

Kane, who spent the latter part of 2019-20 on loan in the Championship with Hull City, successfully played the opening 45 minutes as Hardy was then introduced for the second period.

Hardy proceeded to play a part in Liverpool's third and fourth goals of the afternoon.

The striker's shot from an acute angle forced stopper Nick Hayes into a good save, with Bearne there to follow up on the rebound.

Then, after good play from Yasser Larouci on the left, Hardy unselfishly laid the ball off for Cain, who made no mistake with the finish.

And completing the scoring in the 86th minute, Leighton Clarkson's perfect cross from out wide was instinctively flicked in by O'Rourke.