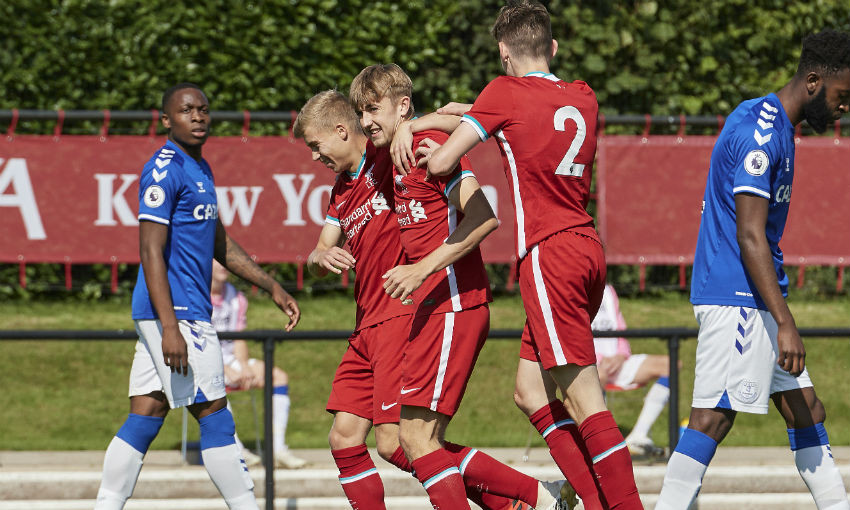 Liverpool U23s began the new season with a hard-fought 1-0 victory over Everton at the Academy.

Jake Cain’s fine finish inside the opening minute proved decisive in Sunday’s mini-derby in Premier League 2, with Barry Lewtas’ team putting in an impressive all-round performance to get the better of their neighbours.

Luis Longstaff had a goal disallowed for offside midway through the first half, before Caoimhin Kelleher made a stunning double save to deny Blues duo Ellis Simms and Nathan Broadhead.

Liverpool’s goalkeeper thwarted Simms again as Everton went in search of a late leveller, and Elijah Dixon-Bonner was frustrated by Kelleher’s opposite number Harry Tyrer, who pulled off a stop down to his left as the young Reds tried to put the result beyond doubt on the counter-attack.

But that mattered little as Liverpool held on to get their campaign up and running with all three points. 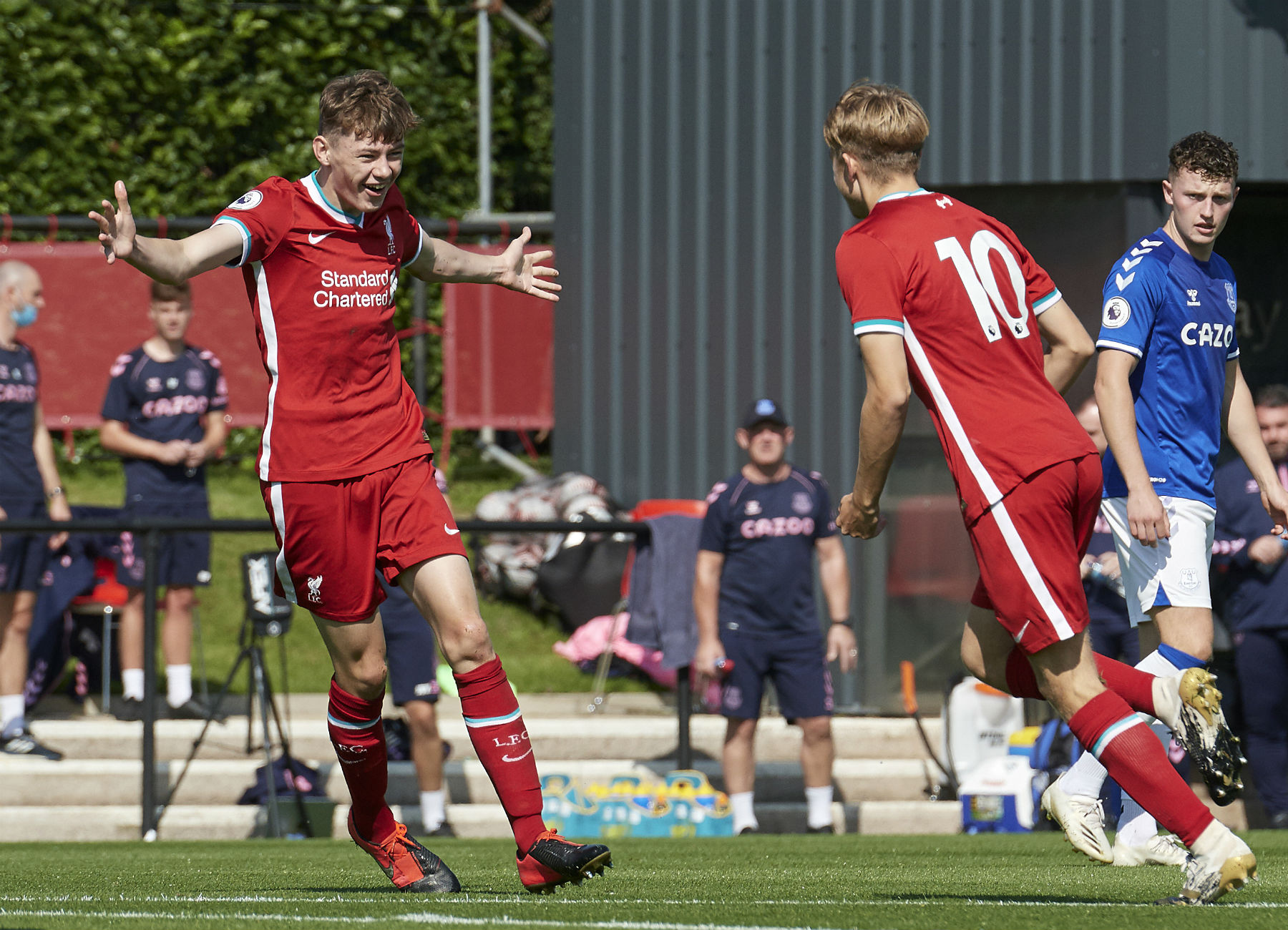 Lewtas couldn’t have wished for a better start to 2020-21, with Cain’s excellent early strike his side’s reward for the front-foot, high-tempo approach they adopted from the off.

Jack Bearne and Conor Bradley combined to good effect down the right, and Cain’s superb first touch from Everton’s partial clearance preceded a left-footed shot that arrowed into the bottom corner from just inside the area. 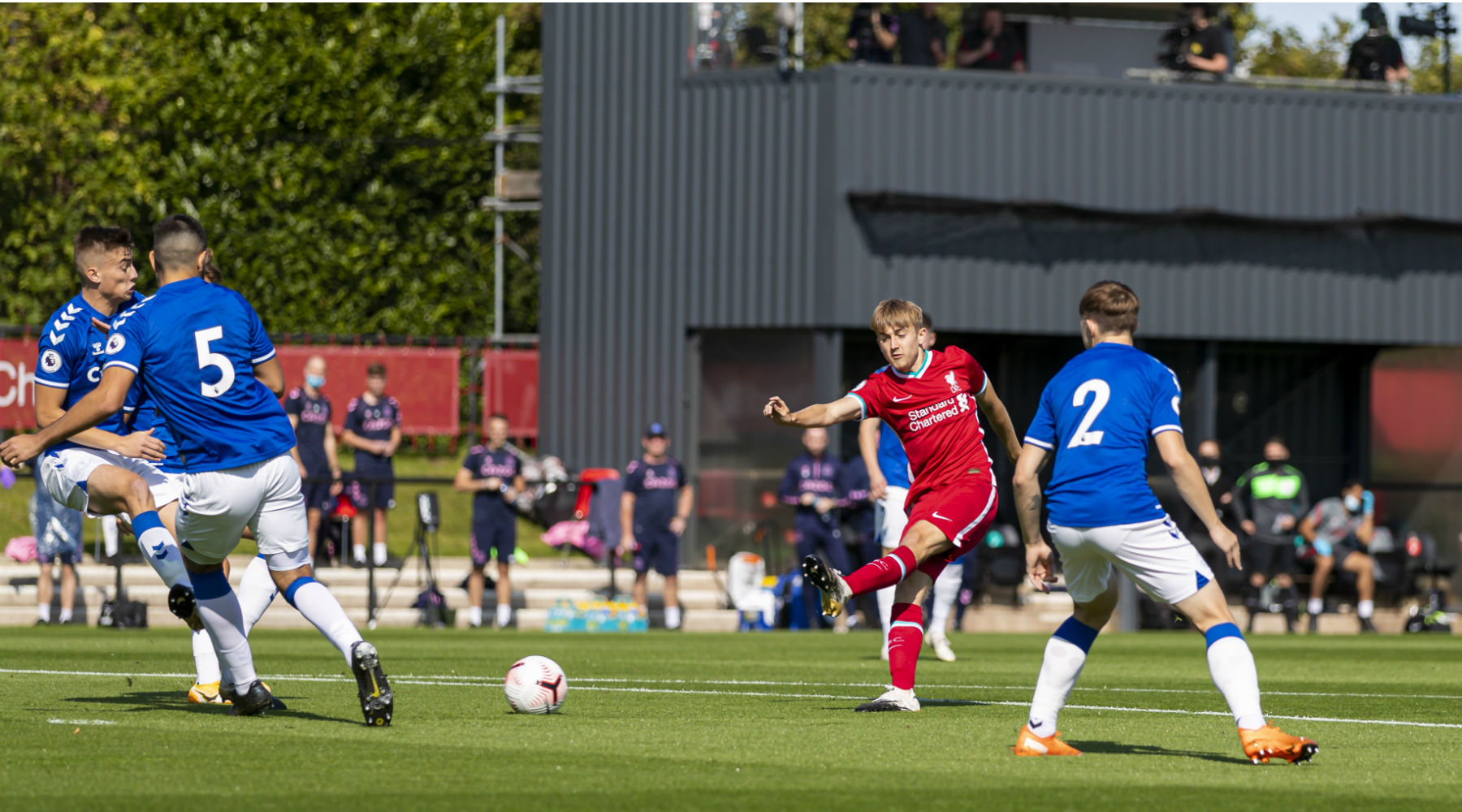 A sharp save from Kelleher denied Josh Bowler as Everton sought to restore parity quickly, and an even half between two teams eager to attack had settled into an engaging rhythm.

Longstaff saw a near-post header from Bearne’s cross saved following a neat move down Liverpool’s left, before Longstaff calmly rounded off another slick passing sequence only for the goal to be ruled out.

Everton, though, continued to carry a threat of their own and the young Reds were indebted to a brilliant double stop by Kelleher for keeping their lead intact.

The goalkeeper foiled Simms and Broadhead in quick succession, with his second save - featuring lightning-quick reflexes as Broadhead looked certain to tap in from close range - particularly impressive.

Simms again troubled Liverpool in the closing stages of the opening 45 minutes as he muscled his way in down the inside-left channel, but the striker’s finish from a tight angle was wayward.

Everton began the second half in the ascendancy but the period’s first chance fell to Liverpool and Rhys Williams.

The centre-back ghosted away from his marker to reach Leighton Clarkson’s corner, but took a heavy touch off his chest to afford the visitors the opportunity to clear. 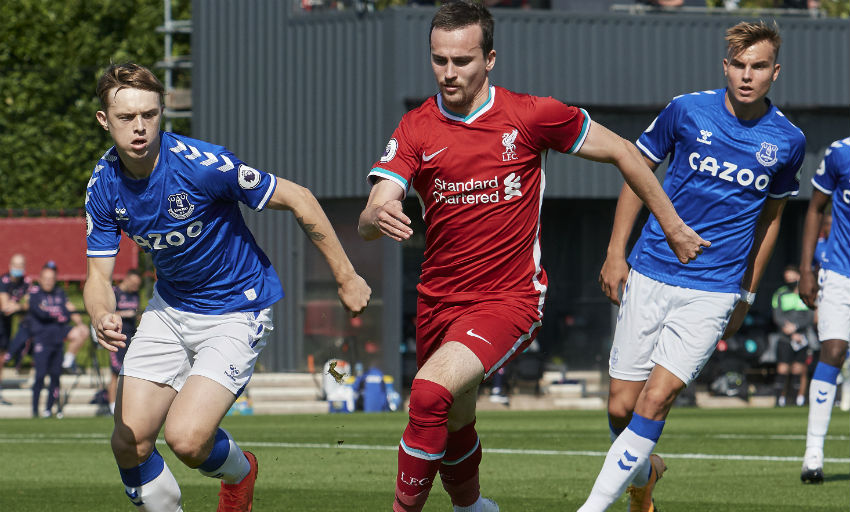 Liam Millar’s direct surge down the left and then inside onto his right foot earned the Canada international a sight of goal, but his miscued shot was turned away by Tyrer.

With time ticking away, David Unsworth’s Blues cranked up the pressure and Broadhead went close with a curling effort from distance.

Another outstanding Kelleher save from Simms maintained the hosts’ slim advantage with 13 minutes remaining, with Tyrer then tipping Dixon-Bonner’s attempt wide at the other end in the final meaningful goalmouth action of an entertaining contest edged by Liverpool.