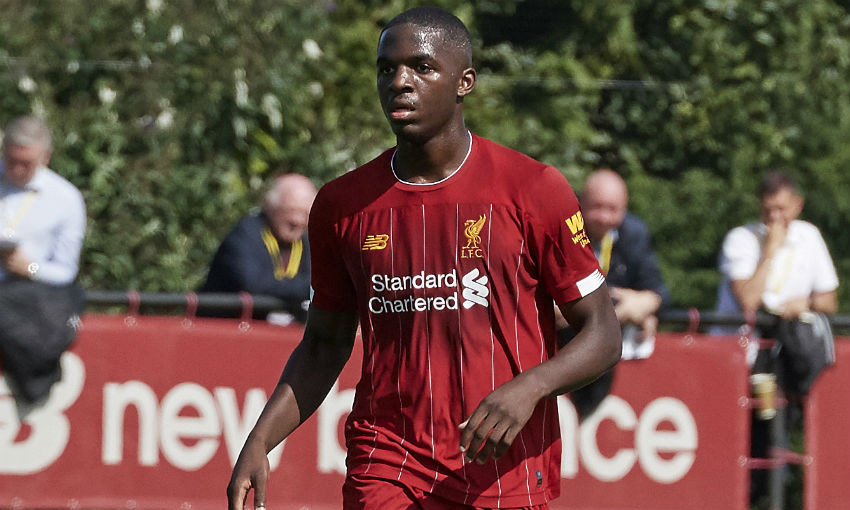 Witnessing one of Anfield's greatest ever nights up close and personal has given Billy Koumetio even more determination to reach the pinnacle of the game.

The Academy defender happened to be allocated the role of ballboy on the night of Liverpool's iconic Champions League comeback over Barcelona last May.

"It was [blows cheeks]... amazing, unbelievable," he tells Liverpoolfc.com. "I could see the big boys, the big players, in front of me. It was a great experience for me.

"That drives me a lot. When I was sitting so close to the pitch and saw the big boys, they really inspired me.

"I was motivated to work really hard and [in order] to go to that level."

As such, Koumetio has now garnered a taste of first-team life.

Aged 16, the France youth international was included in the matchday squad for the Carabao Cup fourth-round tie with Arsenal at Anfield back in October. 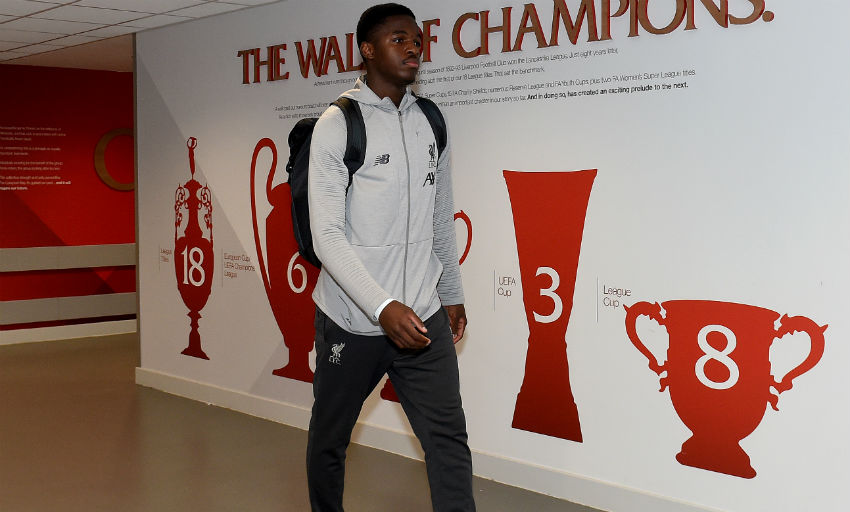 "It was a great day," the now-17-year-old remembers, five months on. "When I knew that I was going to be with the first team, that was, wow... I was shocked.

"I was happy because I thought it was from my hard work – I had worked really hard. That night, I was more motivated to work harder and harder to get more chances to go there with the best players in the world.

"[Jürgen Klopp] inspires me a lot. He's quite interested in the players of the Academy. Melwood works closely with the Academy, so that gives players a lot of inspiration."

It was a significant milestone for the centre-back, having not long been at the club. Koumetio arrived at the Kirkby Academy during the 2018-19 season from French side US Orleans.

Born in Lyon, he was part of the youth ranks at Olympique Lyonnais prior to his switch to Orleans.

Already having experienced separation from home and family, Koumetio found his adaptation to life on Merseyside considerably easier.

As did possessing a strong desire to learn the language and having fellow French-speaking Academy players Yasser Larouci and Abel Rodriquez around to help, too.

"But I live with house parents now and they are very good. They're like my second family, so I feel very good there. I stay in touch every day with my family."

The left-footed Koumetio has been described as a 'real imposing figure at centre-back' by U18s boss Barry Lewtas.

Lewtas would then highlight Koumetio's desire to defend on the front foot, his ability in possession and traits as a leader in the dressing room. 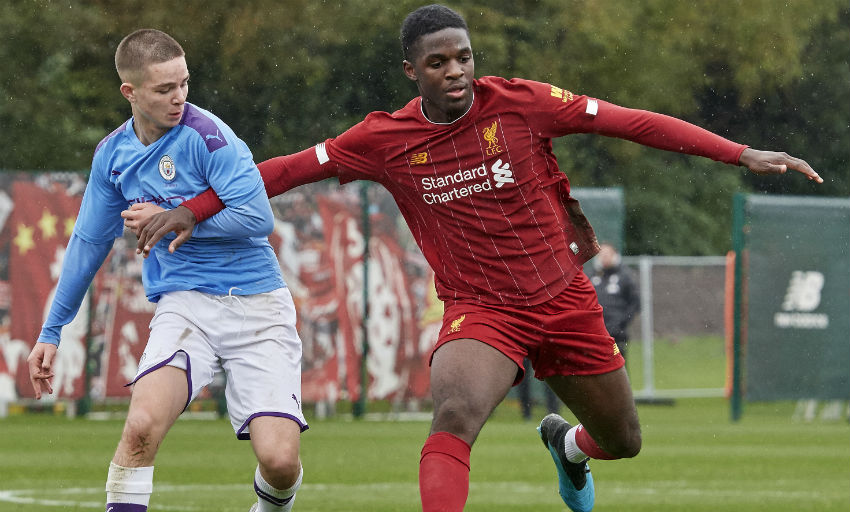 "On the pitch, I'm competitive, really competitive," Koumetio states. "Off the pitch, I would say I'm a happy person, always happy. I smile all the time, even if things don't go very well.

"When I used to play for Lyon, I was playing left winger. Then I played left-back, too. I think it was U14s and at the end of the season the coach put me at centre-back – I think because of my height.

"Now I'm very happy because I think it's my position and it's better for me.

"I was trying to get my own style but at the moment Virgil van Dijk really inspires me. I go to the game most of the time and I like watching Virgil doing his game very, very well. Sometimes I'm trying to copy him."

Koumetio's progress was halted in November when he sustained an untimely groin injury. But now fit again, he's out to earn further opportunities to train alongside Van Dijk and co.

He finishes: "I was off for three months. I had an injury in my left groin and have done rehab with the physio and the fitness coaches.