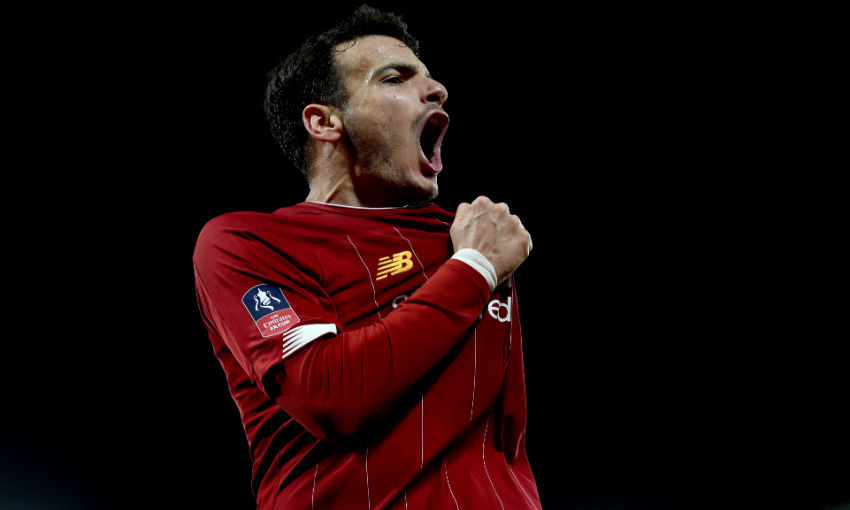 Neil Critchley is unable to think of a player more deserving than Pedro Chirivella to be receiving opportunities to represent Liverpool in senior football.

Chirivella impressed once again on Tuesday night as a youthful side advanced to the fifth round of the FA Cup by beating Shrewsbury Town in a replay at Anfield.

It was the Spaniard's sixth appearance for the Reds this season, with each one of them earned by his work and dedication on the training ground.

"Pedro has been incredible," Critchley told Liverpoolfc.com. "He is an unbelievable person to work with. He just loves football, loves playing and would play every day.

"For such a young player and a young person, he has unbelievable intelligence and experience of playing the game and he passes that on to everyone around him.

"He gives everything to the team and for the team. He never thinks of himself and he sacrifices himself all of the time.

"I am so delighted for him that he is reaping the rewards of all the hard work and effort he puts in."

The 22-year-old captained Liverpool in the Carabao Cup quarter-final at Aston Villa in December, though Critchley stressed he certainly doesn't need an armband in order to lead by example.

"He is first on the training ground every day, he plays like a real leader and the boys love him for that," the U23s boss continued.

"Sometimes you say use your experience but I think that's more in terms of an older player, 30 or beyond. But you are only experienced if you use that experience for the benefit of the team - Pedro does that all of the time.

"I'm so proud of Pedro as a person and the experience he is getting at the moment he deserves it more than anyone."