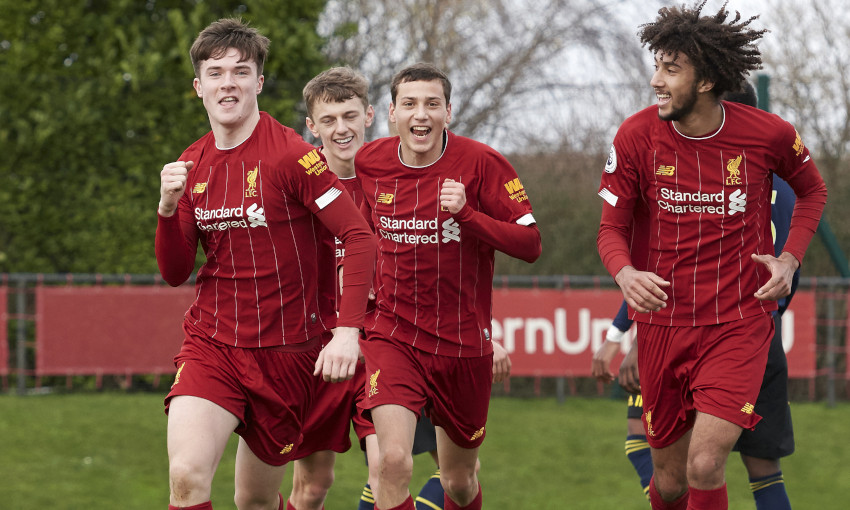 Neil Critchley's much-changed Liverpool U23 side claimed a comfortable 3-0 win in their Premier League 2 clash with Arsenal at the Academy on Saturday.

Morgan Boyes headed in the opener on 27 minutes, Dal Varesanovic marked his first start for the young Reds with a goal just before the break, and Luis Longstaff curled in a wonderful second-half free-kick to complete the scoring.

Critchley made 10 changes to the team that produced a stunning fightback to draw 2-2 with Wolverhampton Wanderers on Wednesday and sealed a place in the quarter-finals of the Premier League International Cup. Only goalkeeper Caoimhin Kelleher retained his spot.

On a blustery day in Kirkby it took time for both sides to adjust to the conditions, but after a scrappy 20 minutes of few chances the Reds began to take control of the match.

Their ascendancy largely came through Jack Bearne's tricky forays down the right flank.

And after a clever one-two, it was the forward who carved out the first real opportunity of the game, but his clever cut-back was skewed wide by Varesanovic.

Moments later, the Reds were awarded another set-piece as Bearne was brought down by the corner flag, but this time Longstaff's delivery was too close to the goalkeeper.

The hosts continued to press, with Tom Clayton heading wide and Elijah Dixon-Bonner's long-range effort deflected behind, and they doubled their lead on the stroke of half-time with a brilliant sweeping goal.

Centre-back Remi Savage stepped out and pinged a pass out wide to left-back James Norris. The No.3's whipped cross from the flank fell perfectly for Varesanovic to side-foot home near the back post. 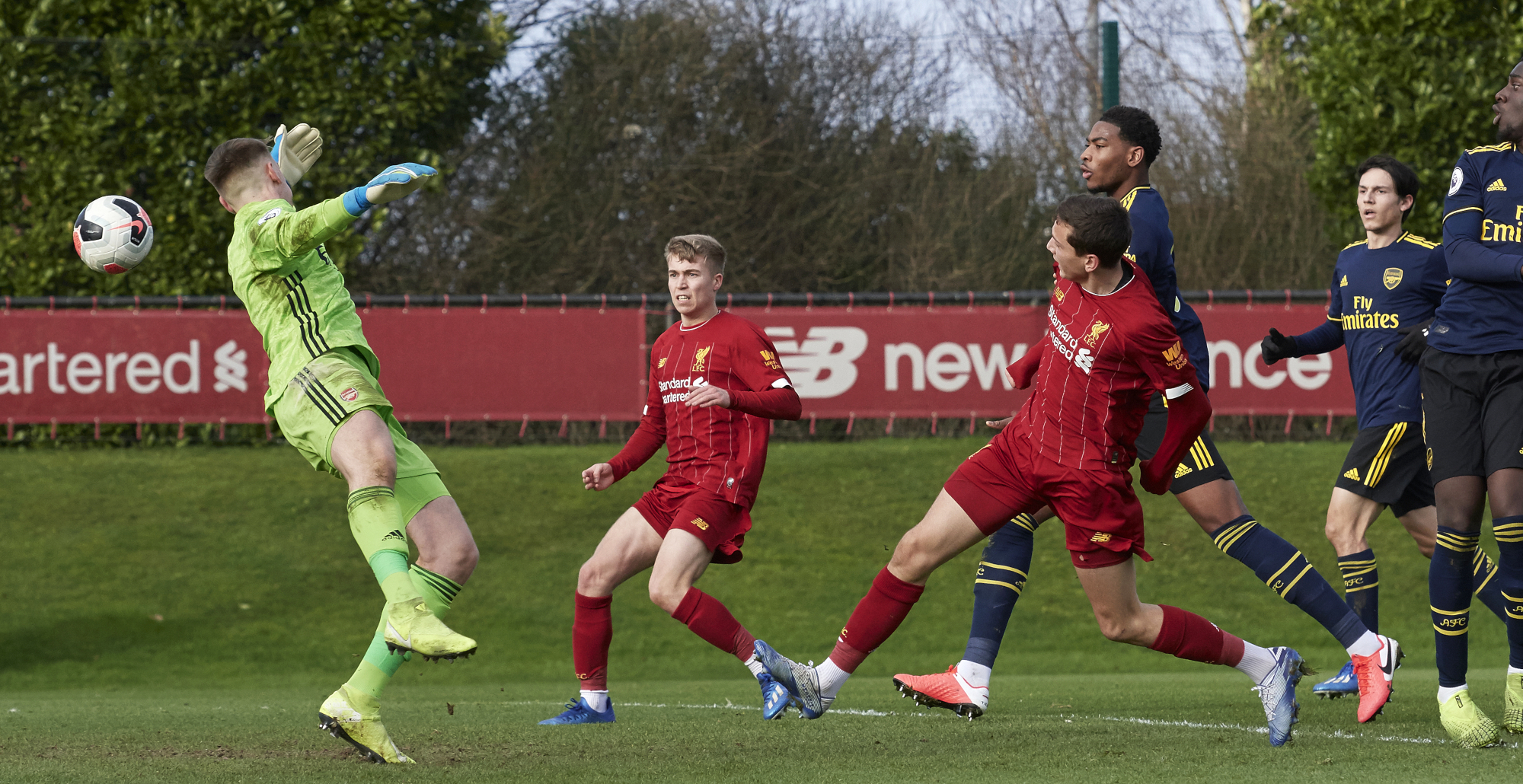 The second half continued in the same vein as Arsenal struggled to create against Liverpool's well-marshalled back four of Tony Gallacher, Boyes, Savage and Norris, while the Reds continued to carve out chances.

Critchley's charges had the ball in the net again on 49 minutes, but it was ruled out for a foul on Gunners goalkeeper Karl Hein.

Longstaff, who had skied a shot in front of goal moments earlier after some good approach play from Bearne, extended Liverpool's lead on the hour, though.

The No.9 - making a welcome return from injury - curled an excellent 25-yard free-kick into the top corner. 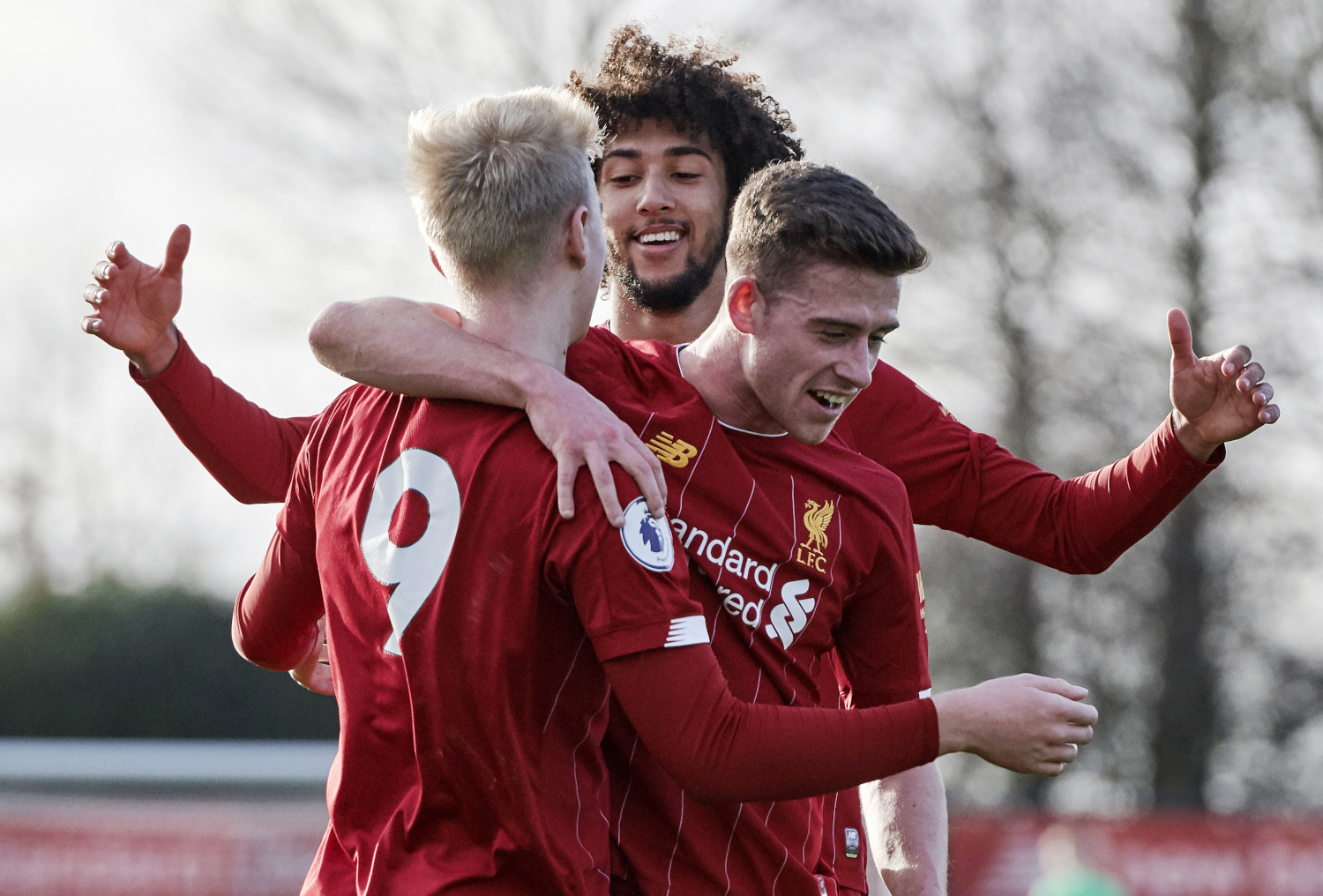 The visitors rallied but diligent tracking back on the flanks denied the Gunners twice in quick succession and they struggled to forge any clear openings until the final minutes of the match.

Arsenal forward Folarin Balogun struck the post with a long-range hit and Liverpool skipper Gallacher denied substitute Sam Greenwood from the follow-up with the type of block that typified the determination of this performance.

The victory moved the Reds up to fifth in the Premier League 2 table, just two points behind fourth-placed Arsenal.